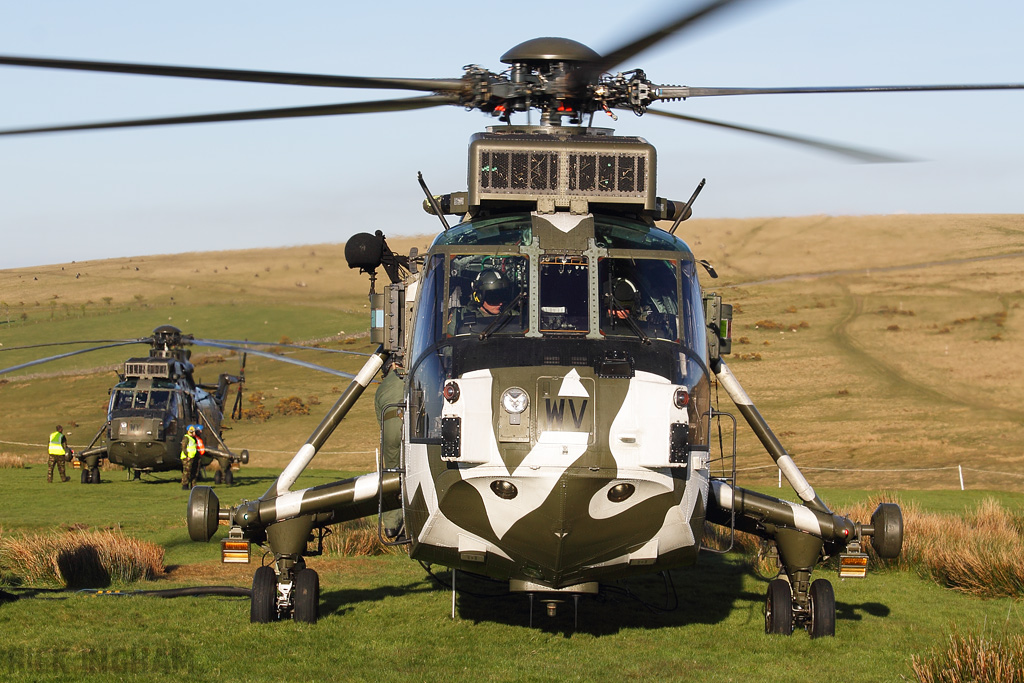 In September 1960, the Junior Leaders Regiment - Royal Corps of Signals came up with the Ten Tors challenge for 200 youngsters and used it as a logistics exercise.
1986 saw the event handed over to 43 (Wessex) Brigade, the regional HQ for the Territorial Army in the Southwest.
Ten Tors is based around Okehampton Camp situated on the northern part of Dartmoor.
Youngers plan a route passing ten Tors accross the Moor out of a selection of 19 availabe. Each Tor has a manned checkpoint with water and medical assistance.This creates twelve 35 mile routes, ten 45 mile routes and four 55 mile routes. 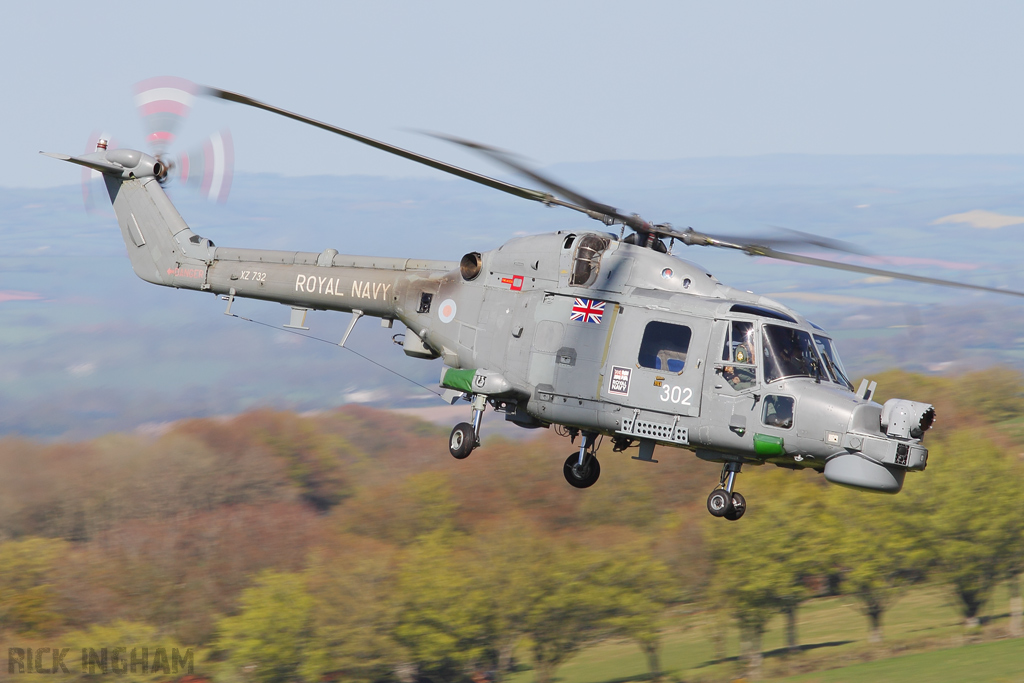 14-15 year olds are to complete a 35 mile route, 16-17 year olds 45 mile route and 17-20 years will have to complete a 55 mile route.
The 45 and 55 mile route teams are to carry everything they need for the whole event except water and are not to camp within 400 yards of 'civilization' such as houses, pubs or shops.
The 2012 event was open to 400 teams of six from Schools, Scouts, Cadets and youth clubs. This year was the first year the entrants were only from the Southwest due to the large amounts of applicants. In the past youngsters from as far as New Zealand and Australia use to take part. 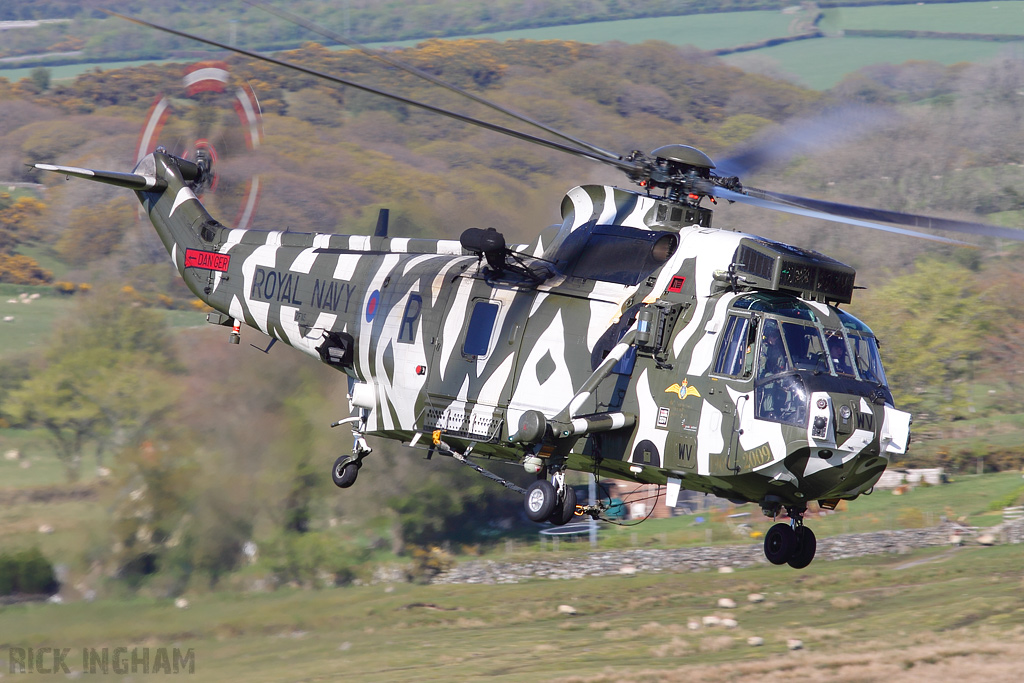 For 2012, the Royal Navy supported Ten Tors with two Seaking HC4's from 848NAS and a Lynx HMA8 from 815NAS, both squadrons from RNAS Yeovilton, Somerset.
The Navy uses the 1200 participants as an exellent opportunity for extra training and Dartmoor provides the perfect challenging terrain and conditions.
The Seakings lifted more than 50 Under-slung loads (USL's) and 500 personnel to various checkpoints accross the Tors and then continued to supply them throughout the weekend. The Seakings are the most effective way of moving large quantities over Dartmoor's harsh terrain. After the event had finished it was 848NAS's job to clean up each checkpoint, lifting tents, rubbish and empty jerry cans. 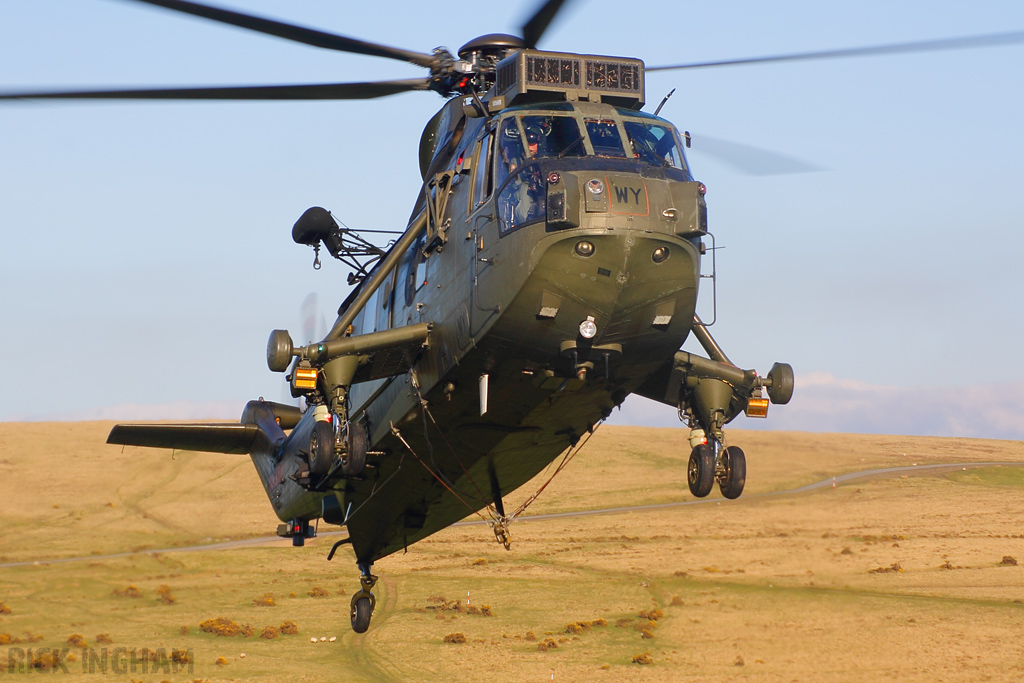 Another role of the Seakings is they are available to be used as Search and Rescue.
The Lynx can fly forward and scan an area to look for the casaulty or observe the area and the Seaking can fly fast to extract the casaulty and fly them to Derriford Hospital, Plymouth in the fastest time possible. This process would take hours by land.
One example of this system occured on the Sunday of the 2012 event.
A team from Kingsbridge College consisting of three girls and three boys set off on their last leg of their expedition. A few hours into the final day the three girls became trapped in bog. As they struggled they sunk deeper until they were waist deep. The remaining members of the group used their mobiles to raise the alarm and 'Junglie 2' was scrambled (Right) to pick them up. Two were treated for shock but all made a full recovery once dropped at Okehampton camp. 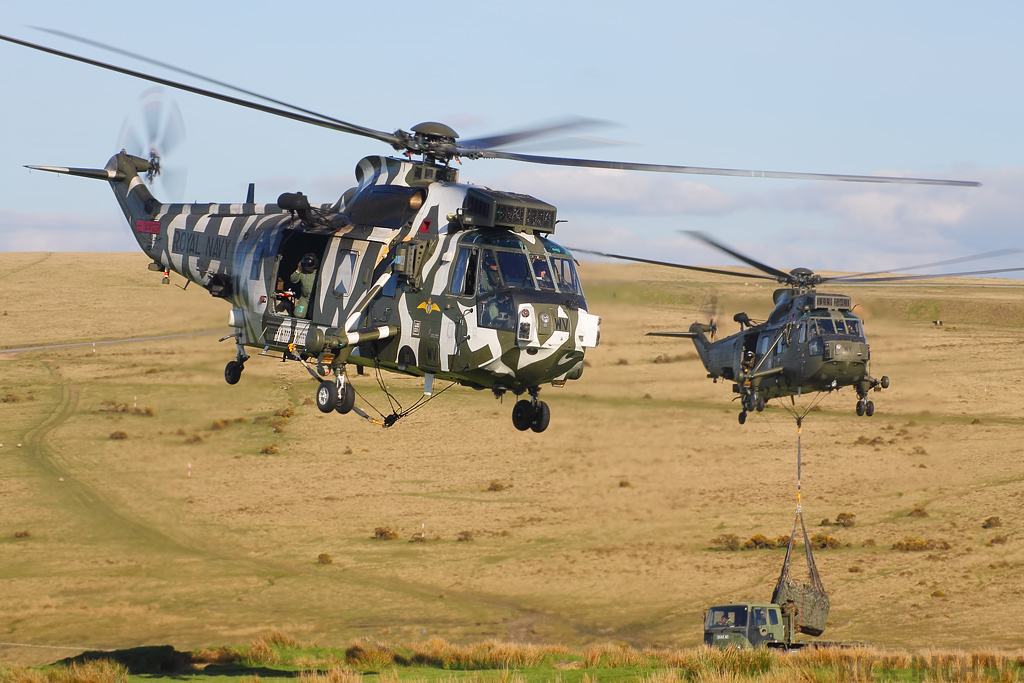 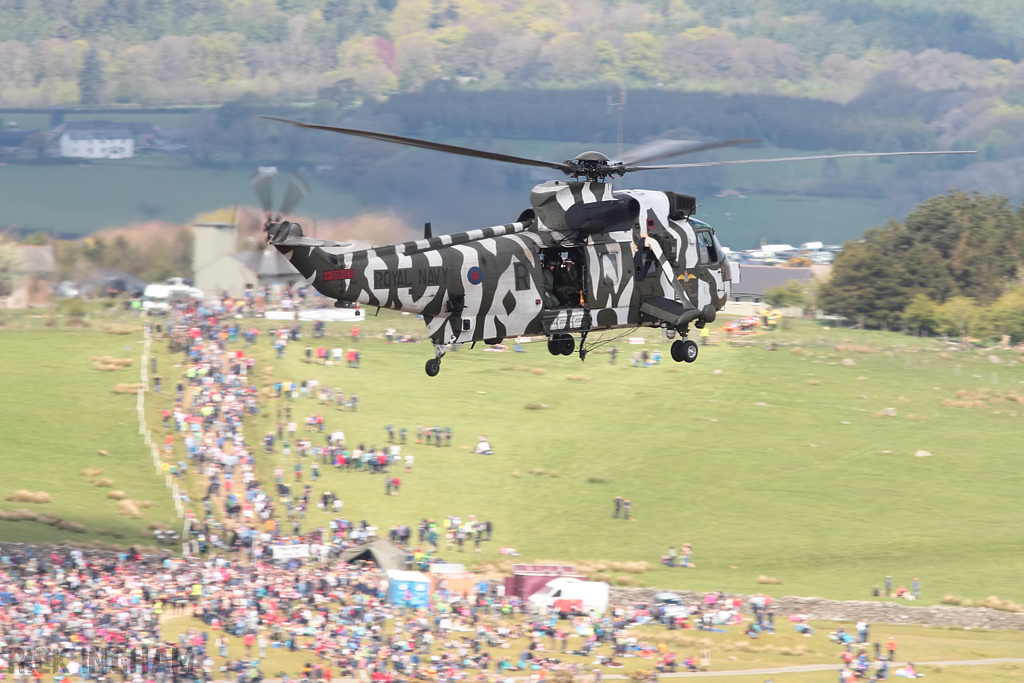 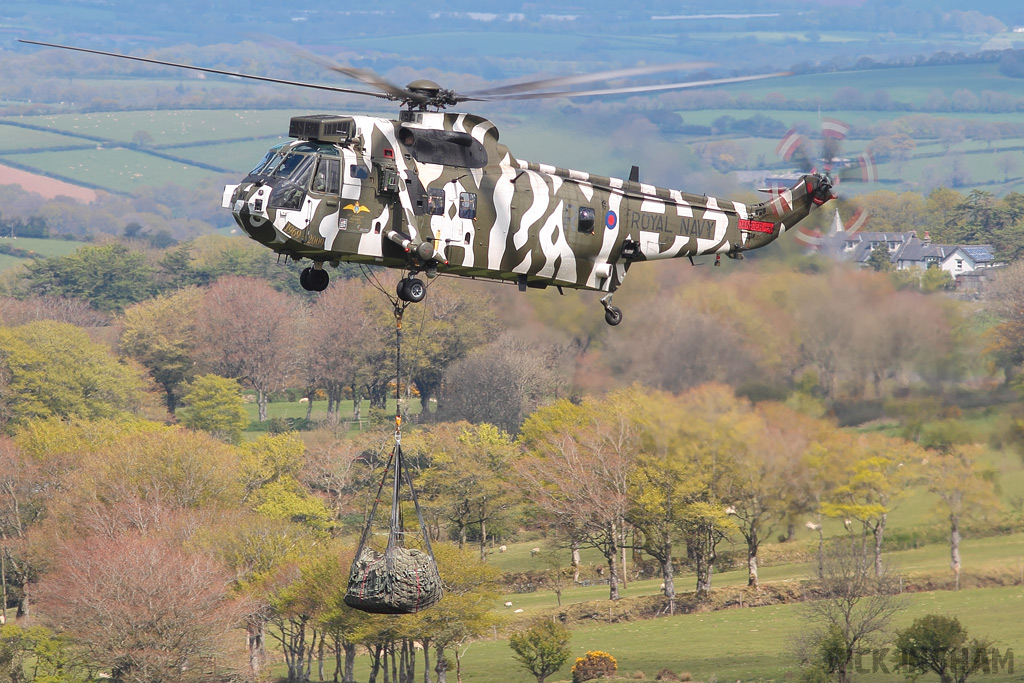 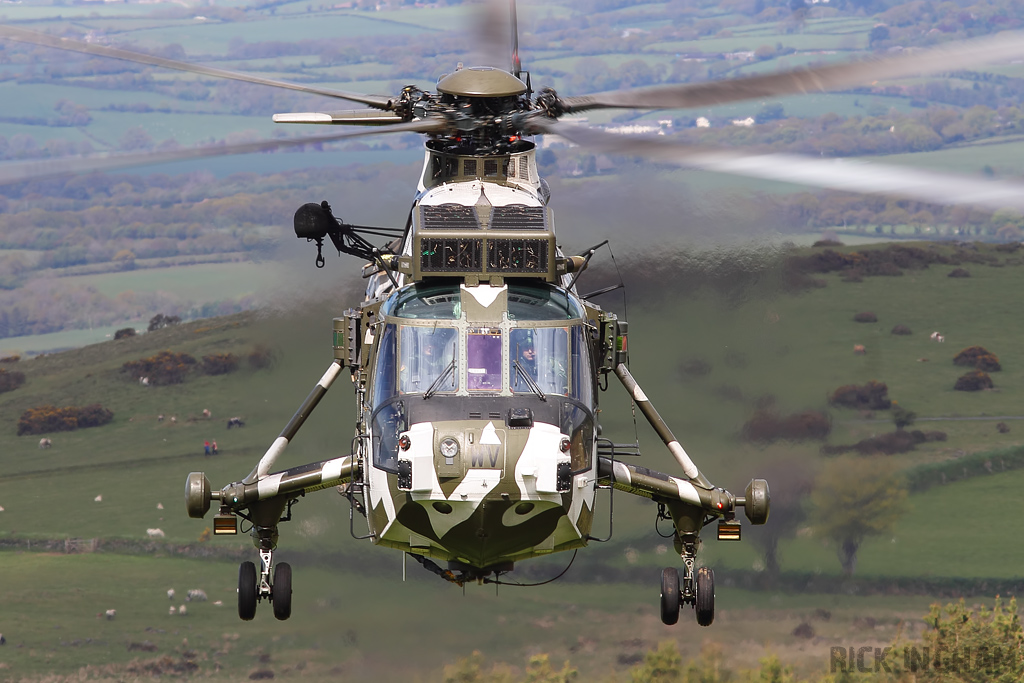 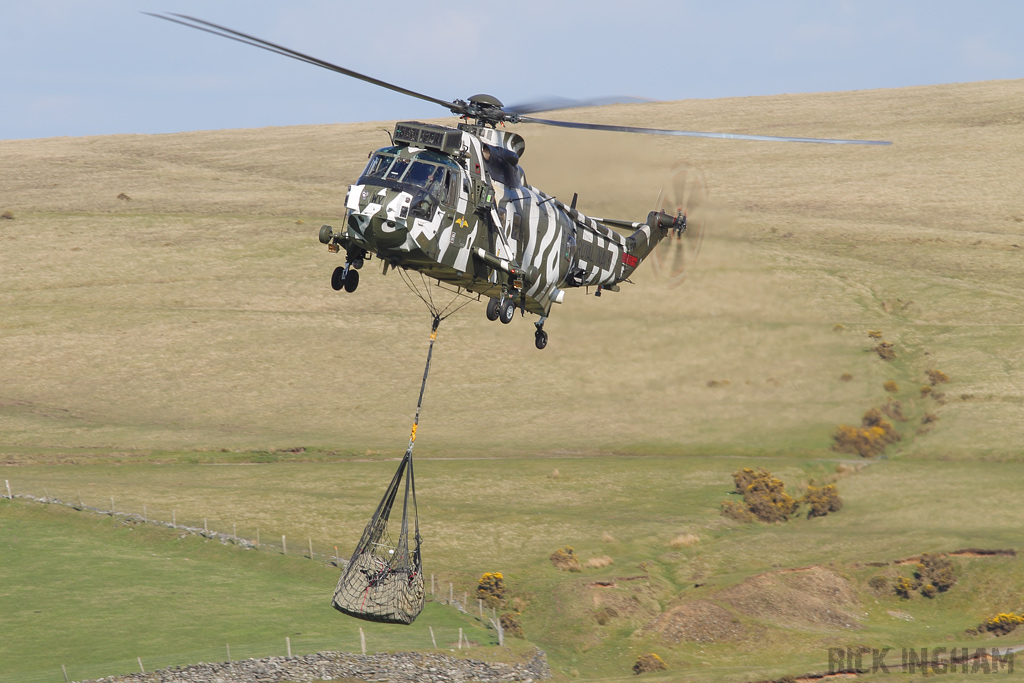 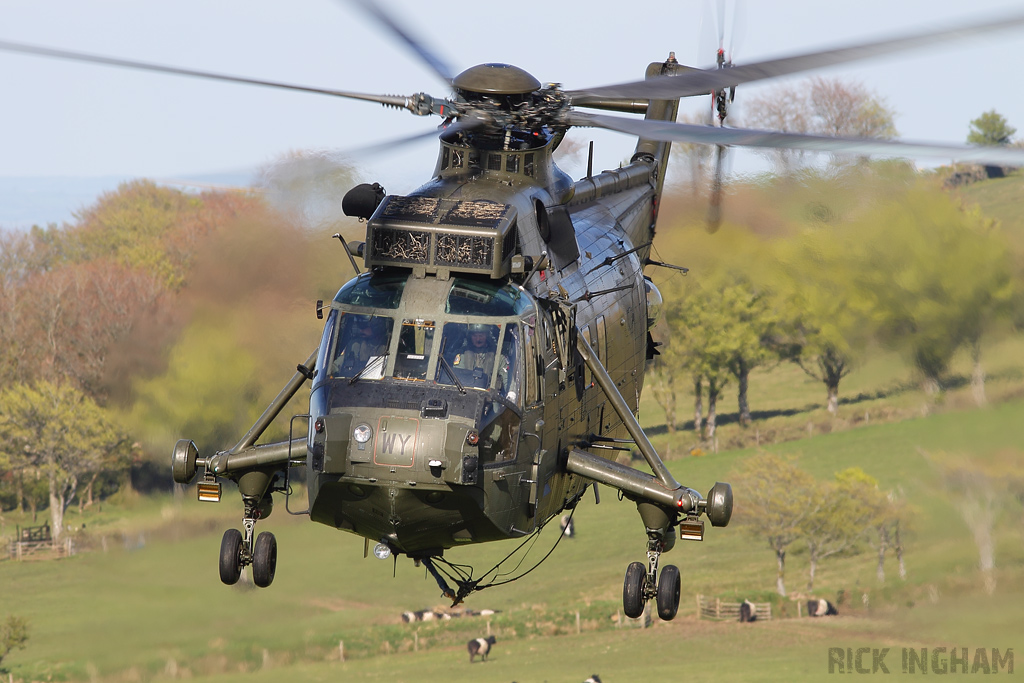 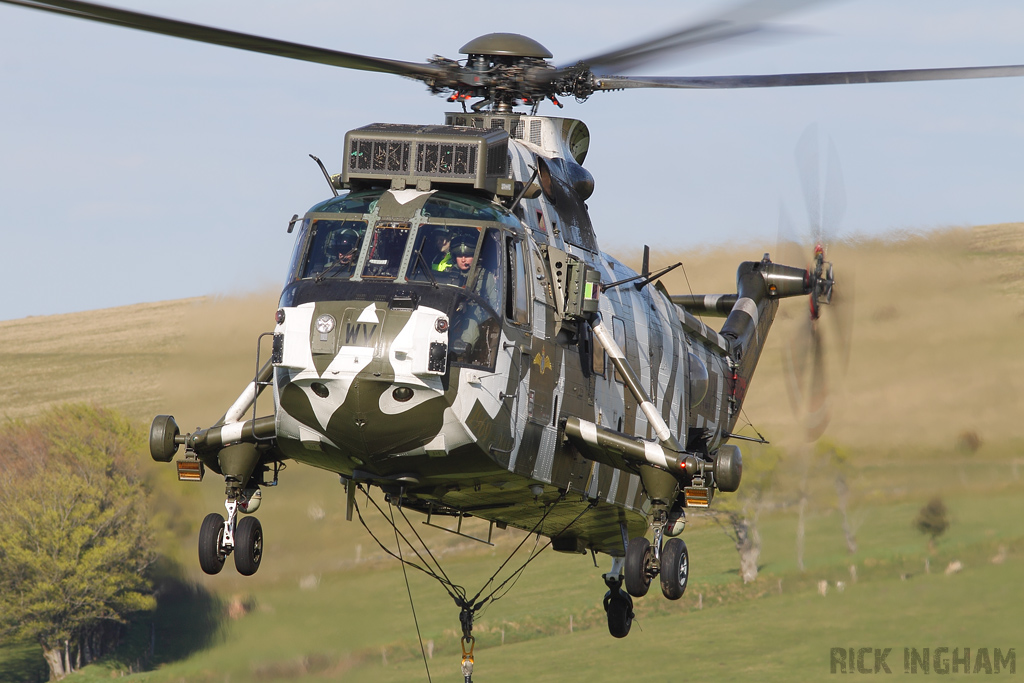 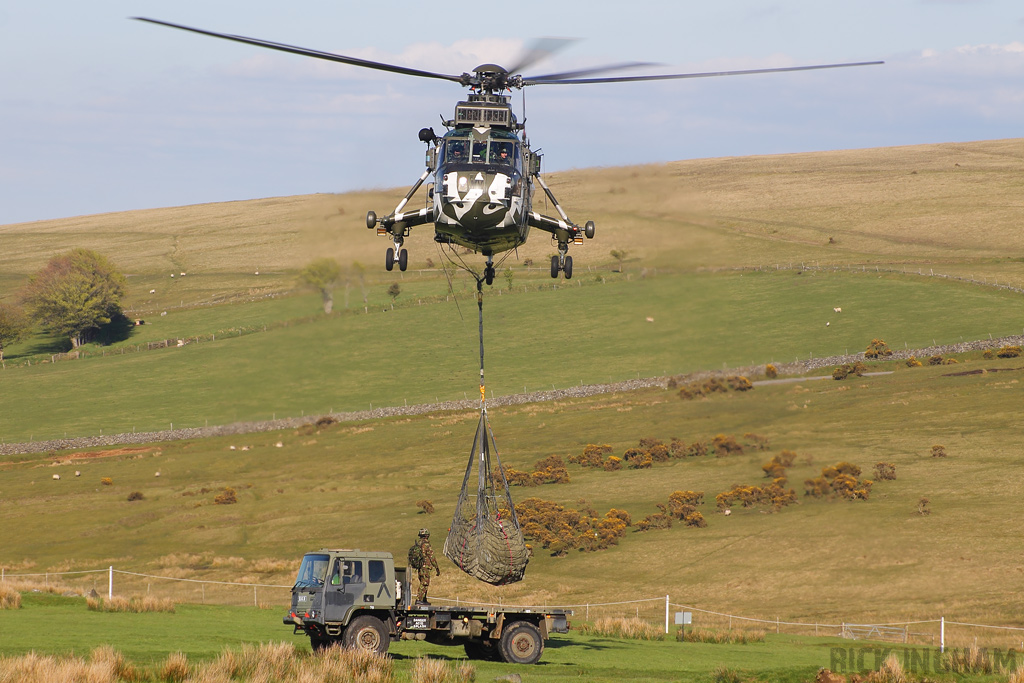 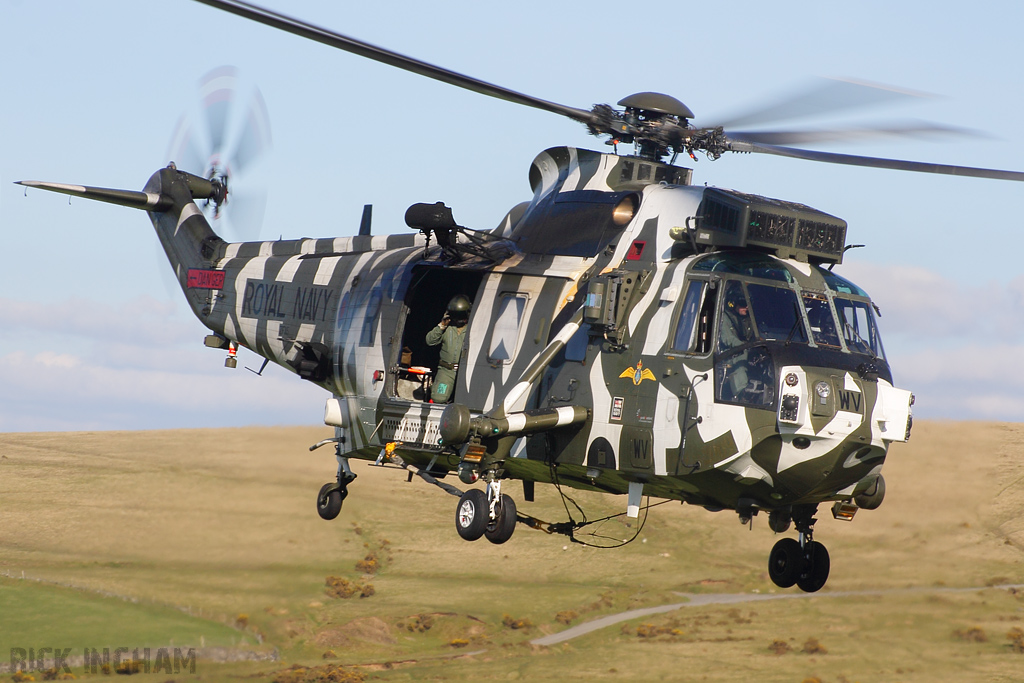 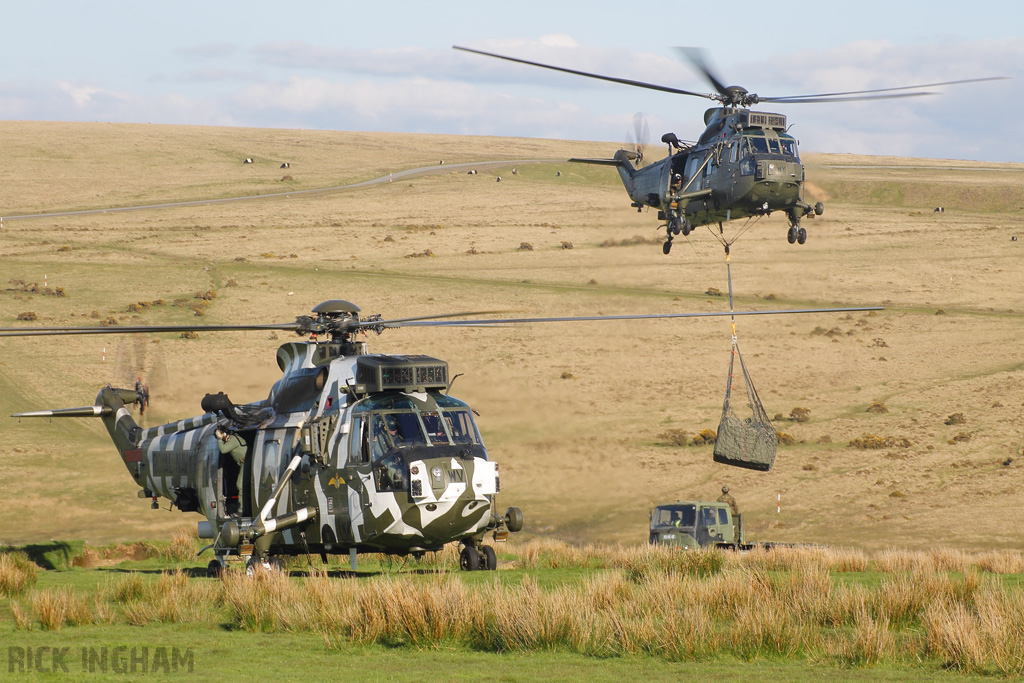 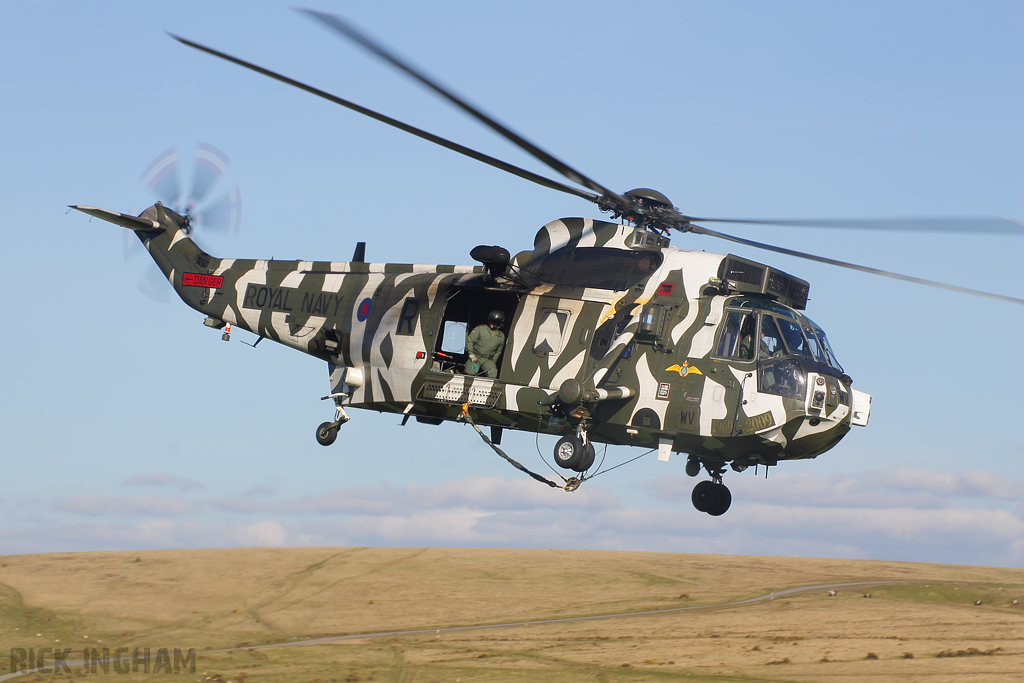 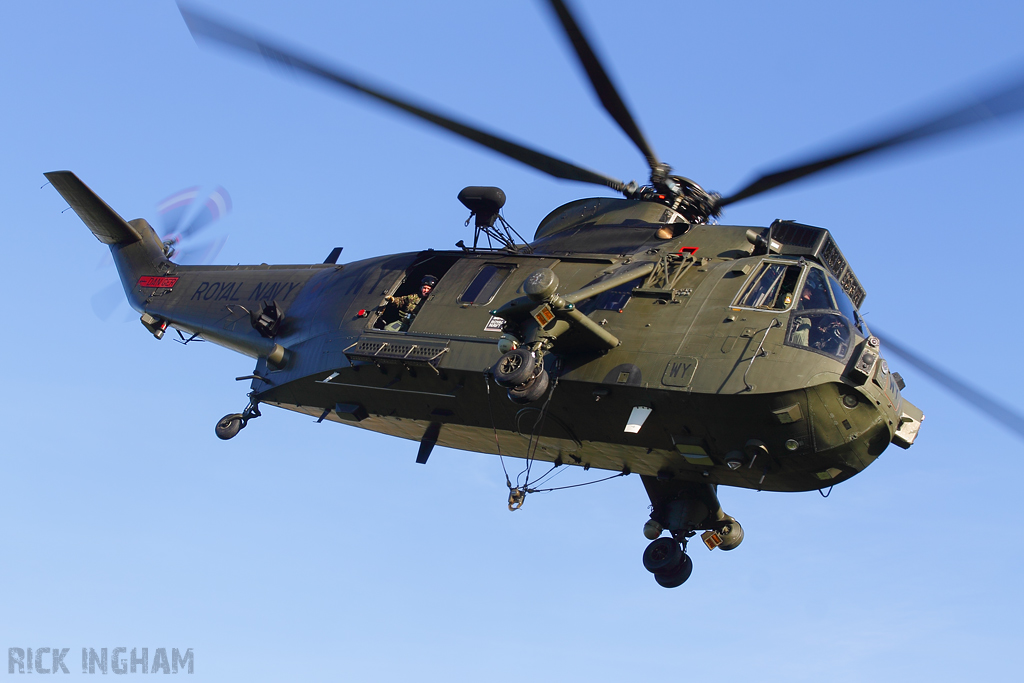 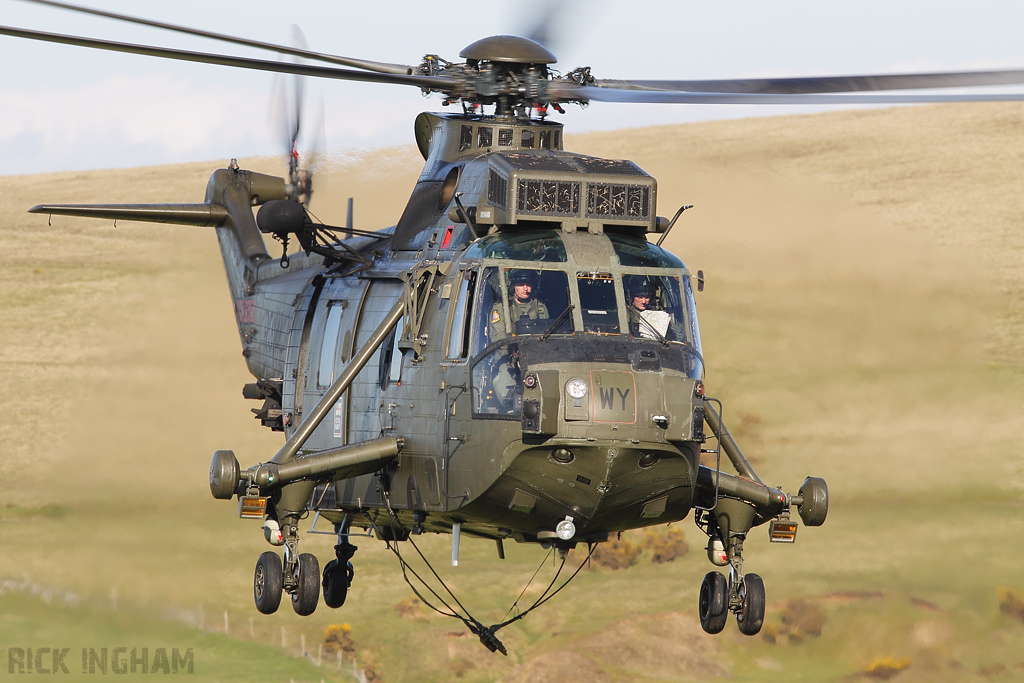 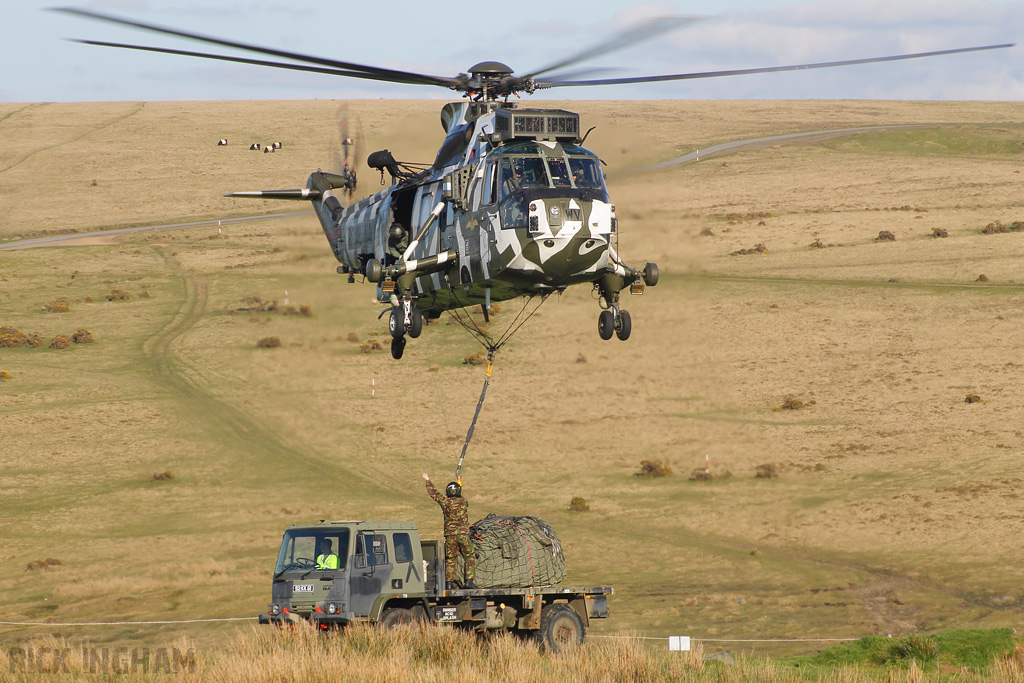 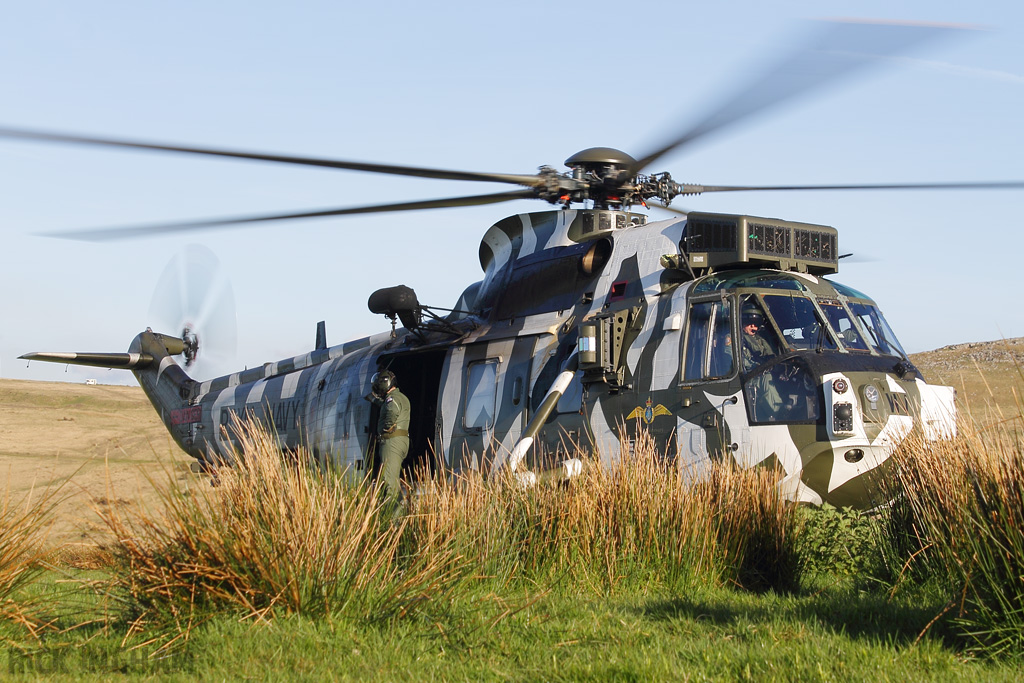 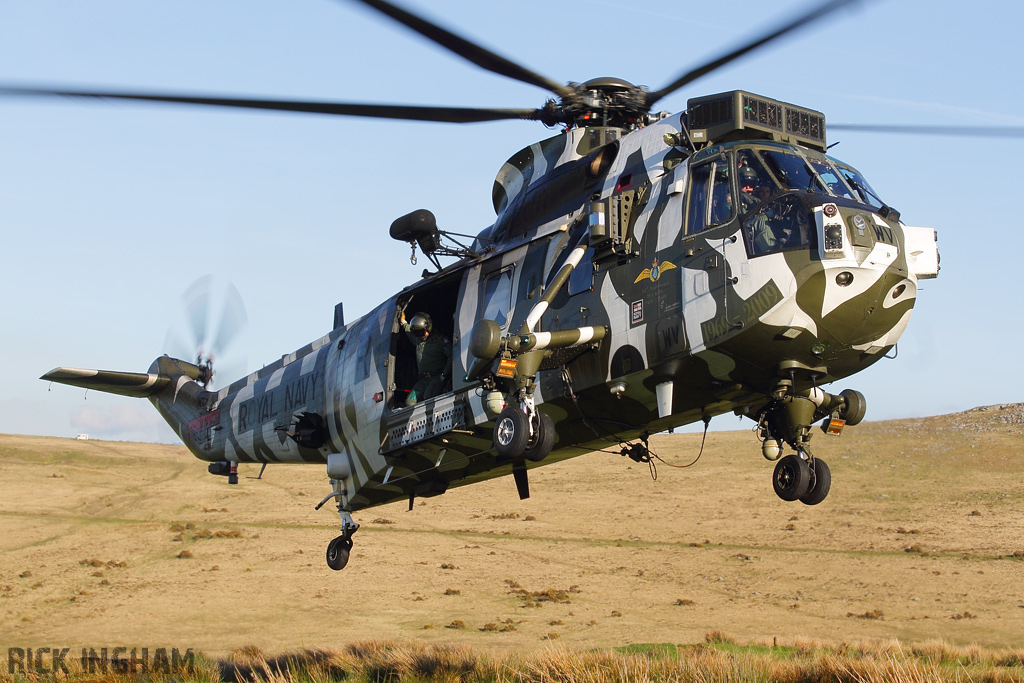 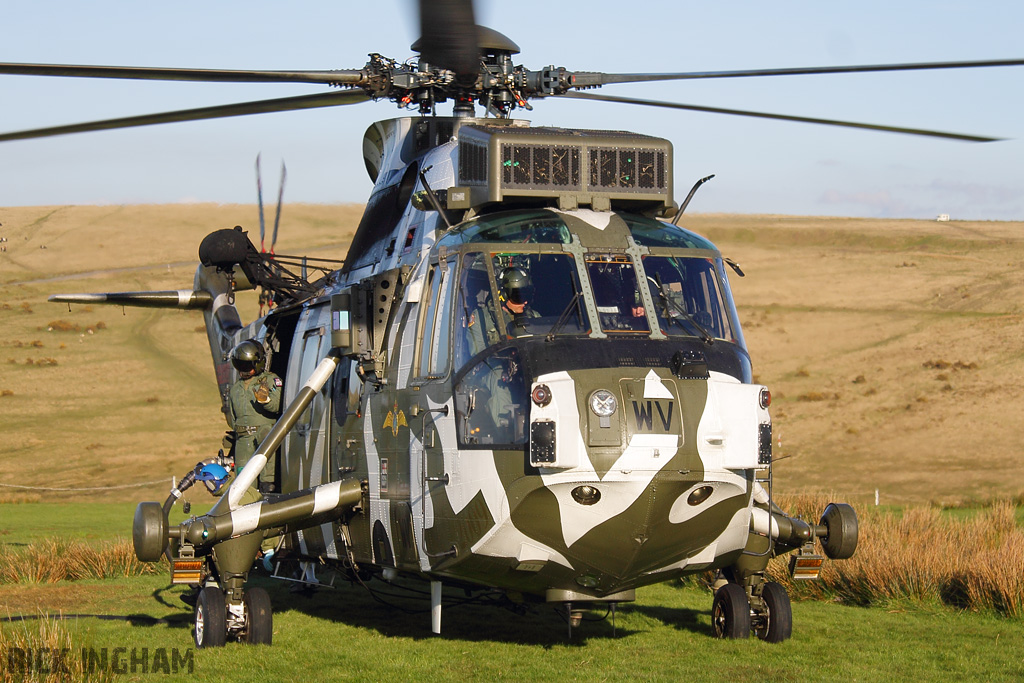 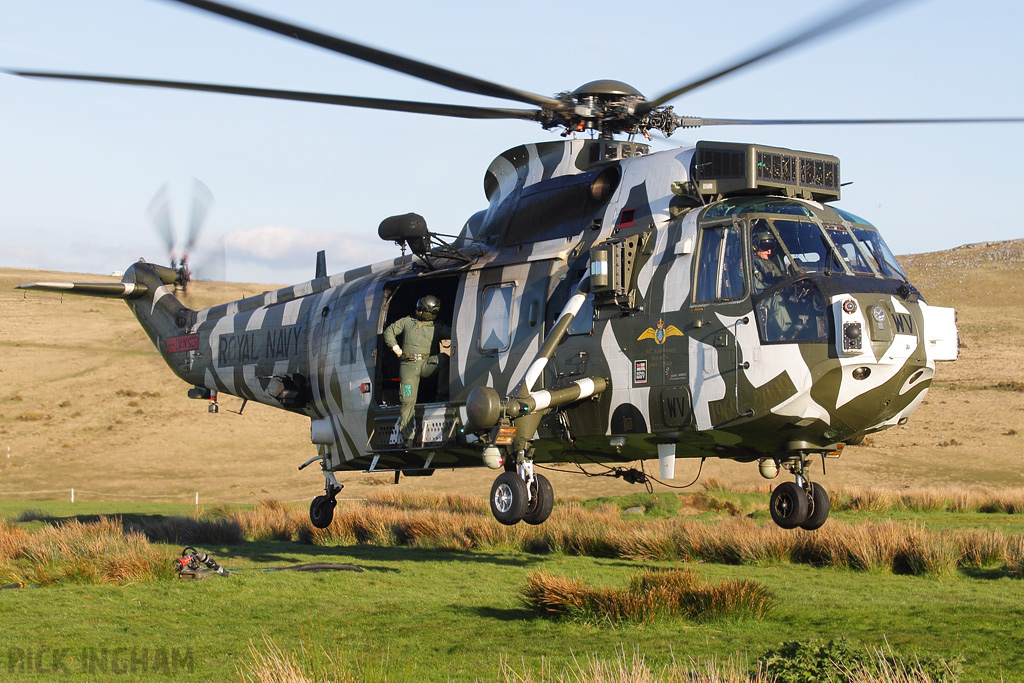