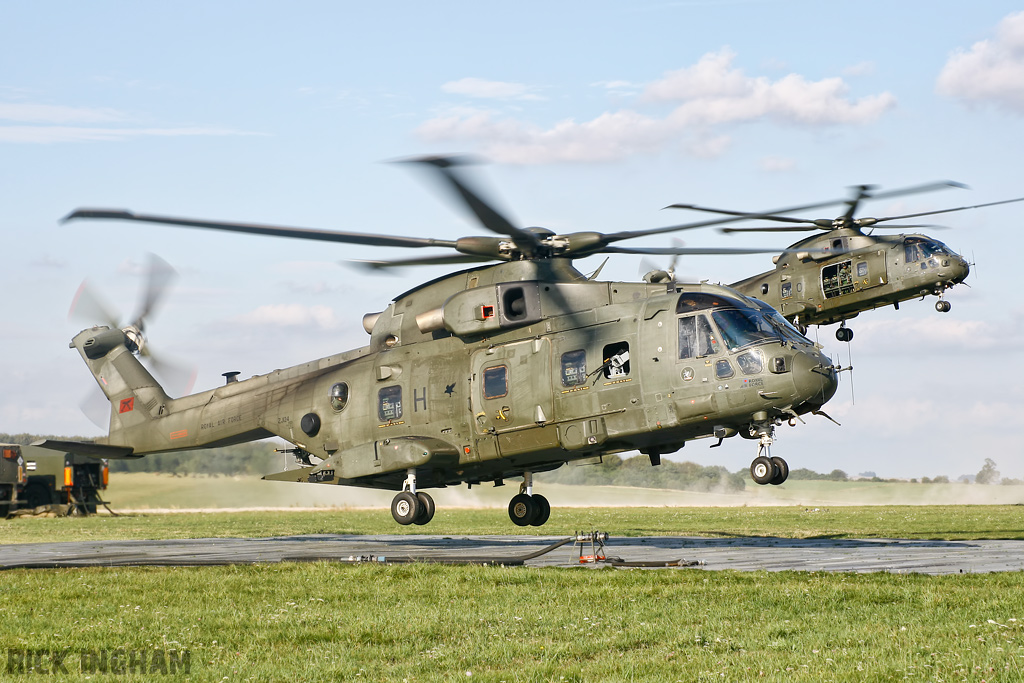 Pashtun Dawn was made up of three FTX's (Final Training Exercises) FTX1/Green, FTX2/Blue and FTX3/Yellow. Below is the list of the 'Training Audience' which participated in each FTX: 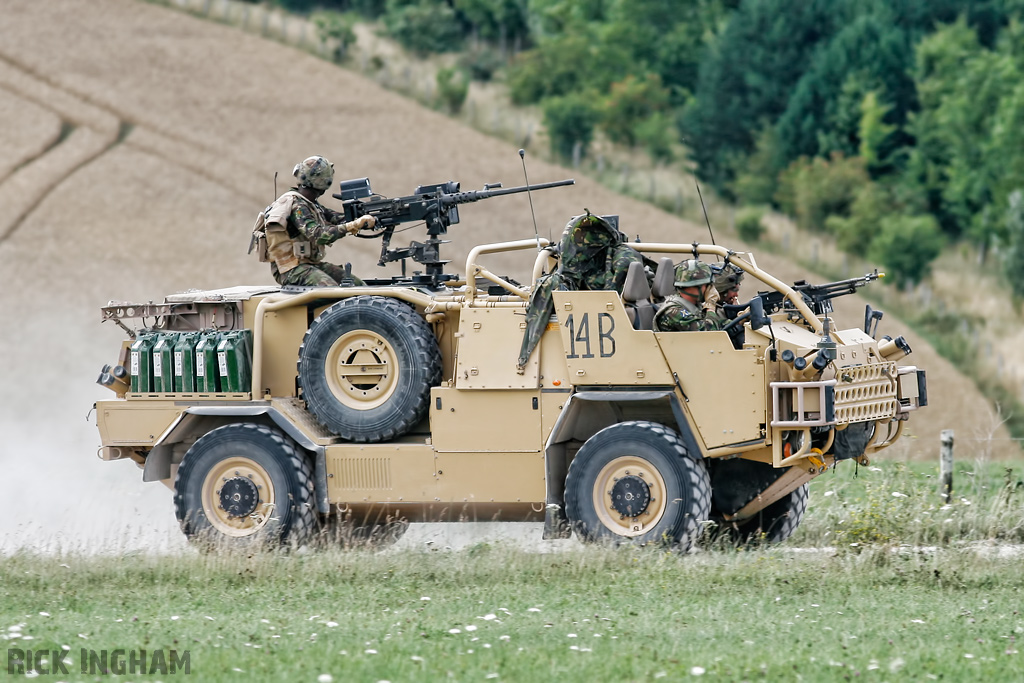 The main objective of the MRX (Mission Rehearsal Exercise) is to prepare 20 Armoured Brigade for their imminent deployment to Afghanistan which is named Operation Herrick 15. Around 4000 troops overall will participate during the three stages which turns Salisbury Plain (SPTA) into a replica of Afghanistan with Forward Operating Bases (FOB's) such as Bastion, Lashkar Gar, Pegish, Eshan, Karej, Kezget, Noshaq, Qazi Deh, Shakhawr and Shazad. This provides a stage to practice tactics etc so that when they deploy, their training will kick in and be familiar to them.
To compliment this, a number of 'Afghan villages' and structures such as control points were erected at around £600,000 each. A number of civilian role players and Afghans were brought in to replicate situations they may come across whilst deployed. Whilst driving across the plain, I was stopped and searched by the Taliban! It just goes to show how keen they are to replicate Afghanistan. 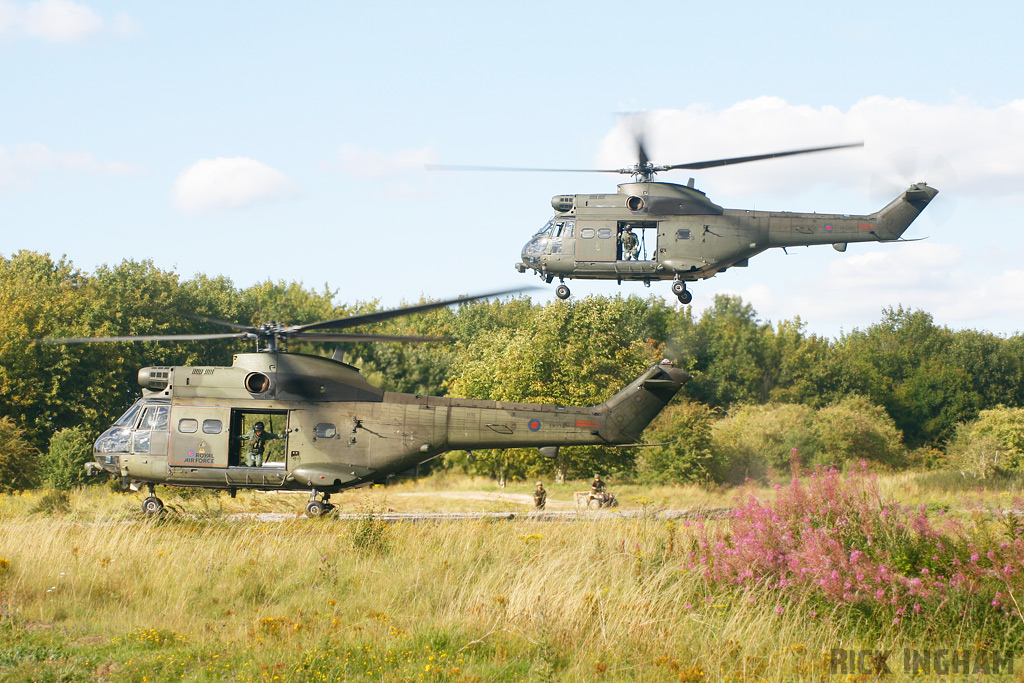 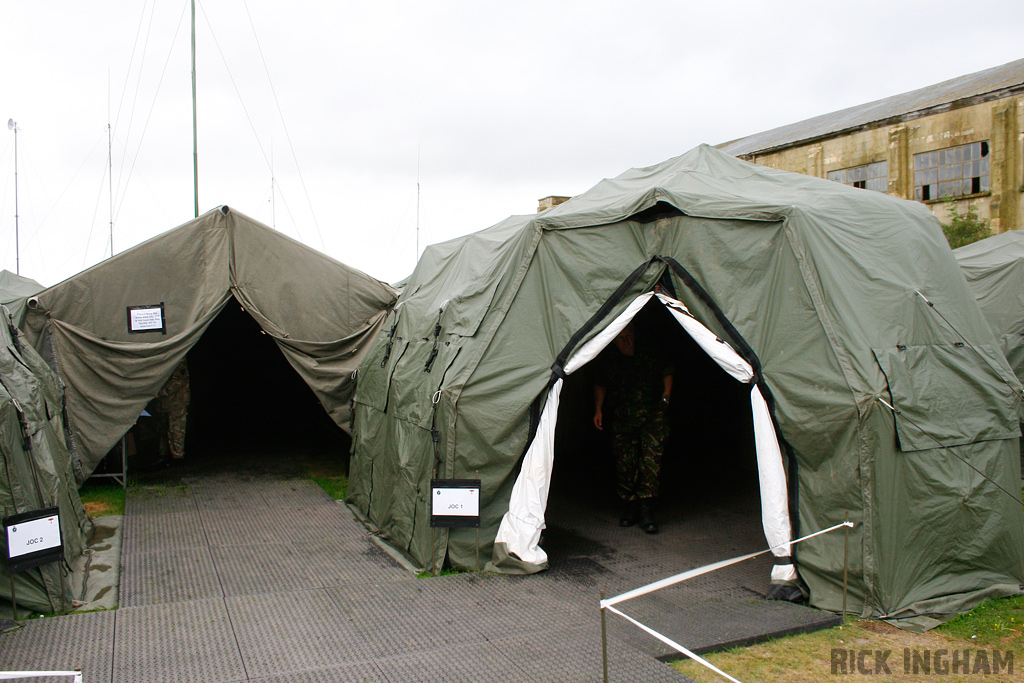 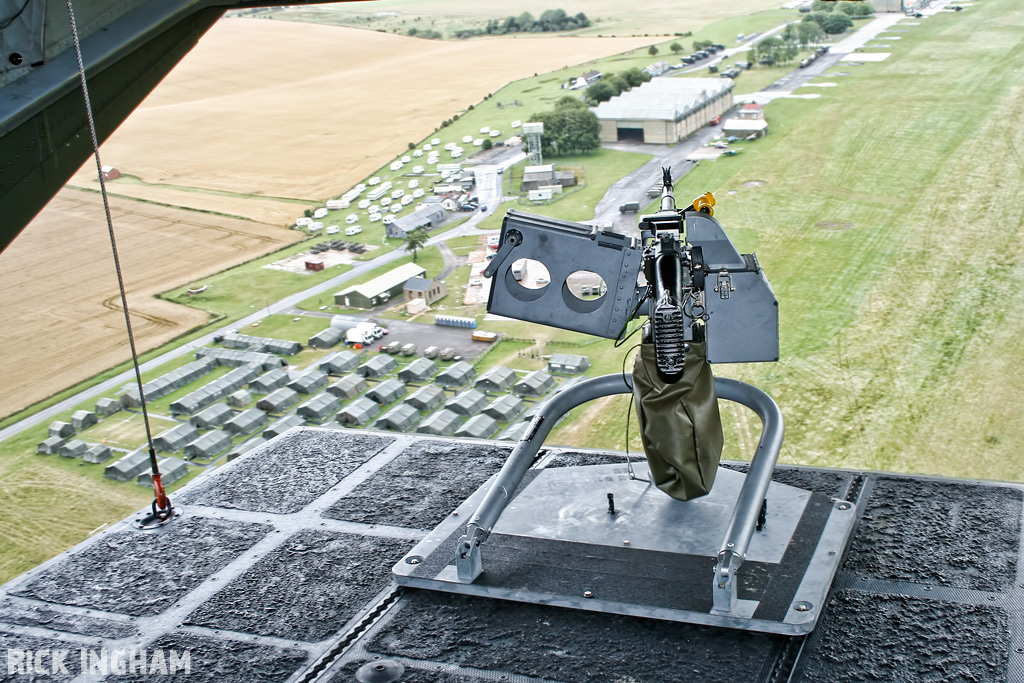 Pashtun Jaguar provided aircrews with 1500 flying hours overall, 44658 meals and used 100 tents and 50 portaloos. As the exercise continues to grow every year, so does the training. For the first time a 'Chinook stage 1 trainer' was transported to Netheravon. This provides a realistic back of a Chinook for troops to practice disembarking without taking up a valuable cab. Another significant element of training that is provided on the exercise is judgemental training. Using foreign role-players and civilians they simulate situations they may find themselves in whilst in theatre. This can be anything from a suspicious person/vehicle to potential IED (Improvised Explosive Device) sites. One of the main events of the exercise is when a large convoy is crossing the plain which requires air support to search a head of the convoy's route to ensure there are no problems ahead. The exercise controllers place suspicious vehicles and IED's along the route to test the 'player audience'. 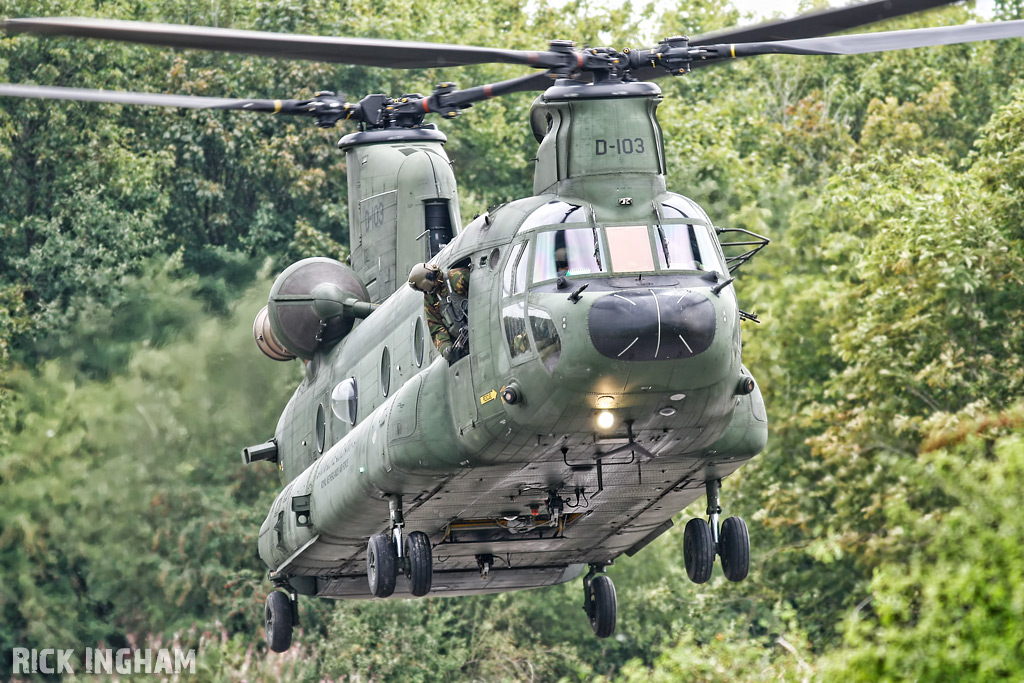 During the exercise, the Apache AH1's were fitted with a black pod on the port side known as a Collective Training Missile (CTM). This is normally paired with a blue M34 Hellfire training round though it's not uncommon to see an asymmetric load out.
The CTM pod can simulate engaging targets, the aircraft itself being hit and can communicate with other aircraft using the pod. This improves AH crew's training massively and I expect we will see it used more in the future. 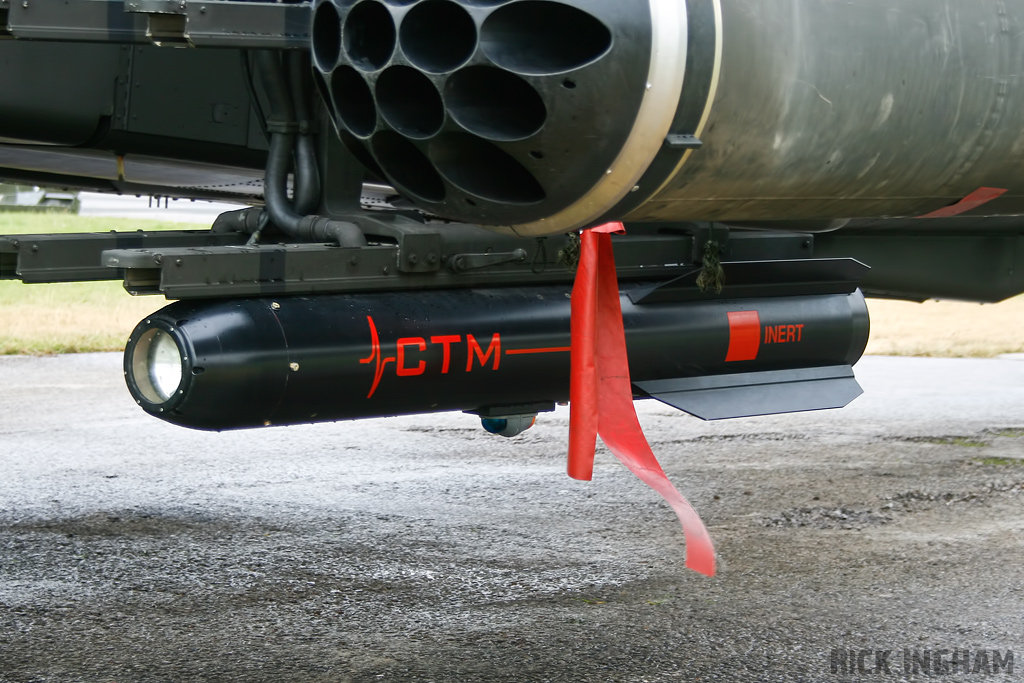 One of the two Chinooks on the exercise was dedicated to MERT/IRT missions. The IRT (Immediate Response Team) consists of a SHF (Support helicopter force) aircraft, usually a Chinook, Merlin or Seaking with often an escort Apache. In Afghanistan these duties are often shared with the United States which can result in Chinooks being escorted by US Cobras and British Apaches escorting CH-53's.
The IRT can be scrambled with as little notice as 15 minutes during the day and 30 minutes during the night and can fly with as little as 1500m in sandstorms. Once the 'nine-liner' grid references are received and casualty details sent through using T1 to T3 (T1 being critical and T4 used as fatal) the cabs are started using a quicker start up procedure.
The medics onboard known as MERT (Medical Emergency Response Team) have everything they need already set up in the back of the aircraft to treat the casualties. 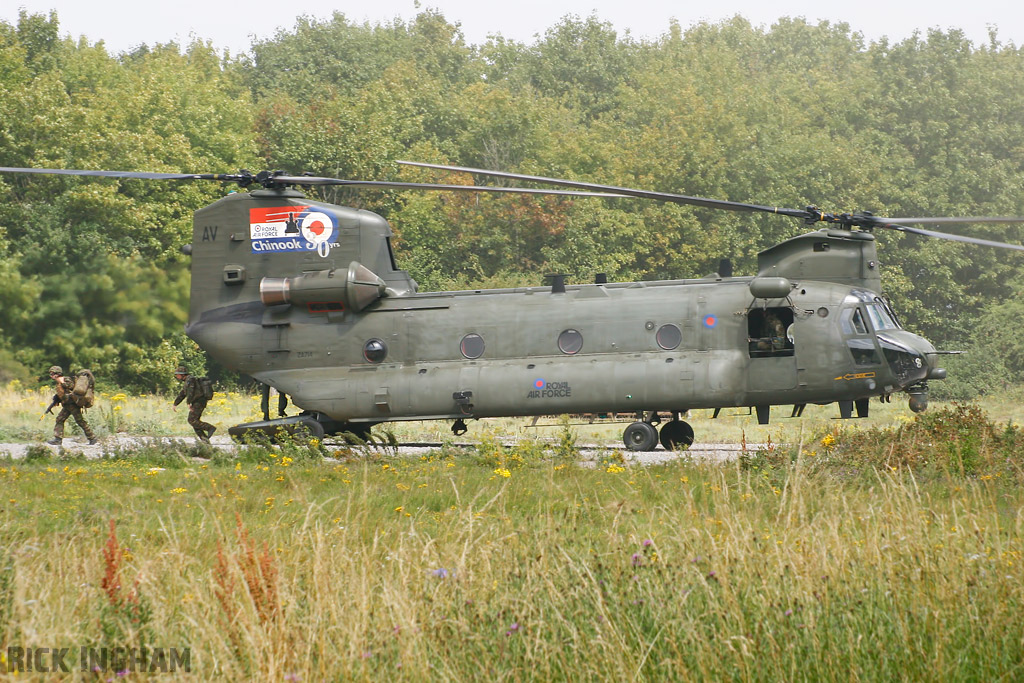 Due to the later timing of the exercises, the Commando Helicopter Force were only able to participate during the first week (FTX1). To fill the gap they left for FTX2, two Pumas from RAF Benson came down for a weeks training. This is the first time Pumas have been used on a Mission Rehearsal Exercise on Salisbury Plain.
Despite their presence on the exercise, there is still no word on when the upgraded Pumas will be going out to Afghanistan. 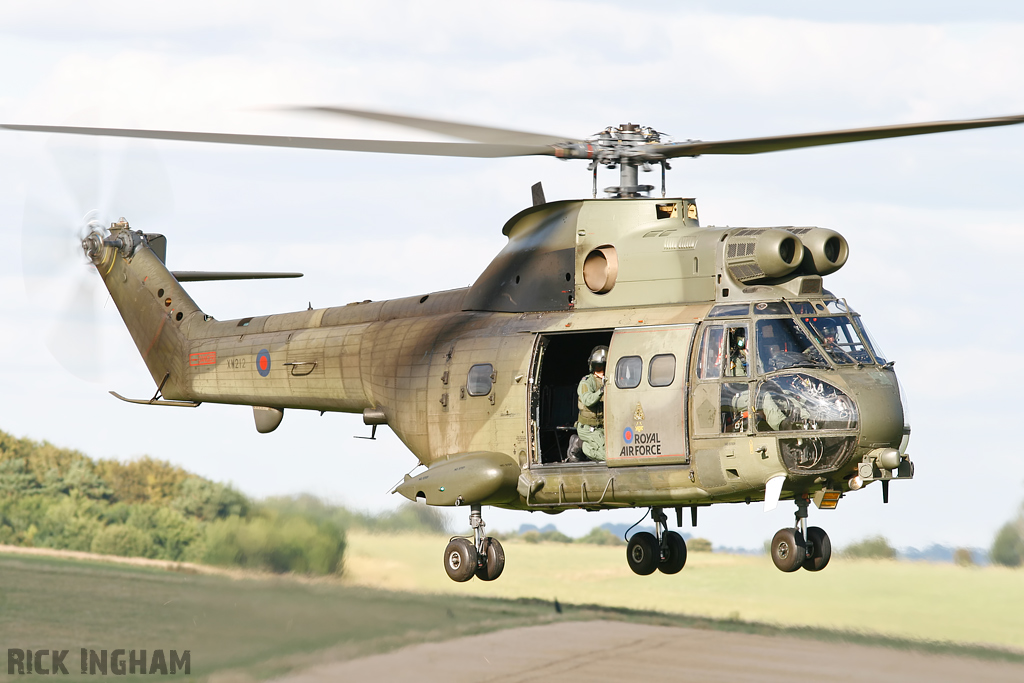 For the final segment of the exercise - FTX3, the Royal Netherlands Air Force were invited to take the Seaking's place. Two Boeing CH-47D Chinooks (D-663 and D-103) using callsign 'Frankenstein' undertook the day taskings whilst the two RAF cabs were on standby during the night.
The two aircraft made the journey from Gilze-Rijen on Friday the 12th August as Grizzly 20 flight, stopping at RAF Odiham ready for the start of the final phase. They then left Netheravon (acting as Bastion) on Sunday 21st August for another stop at RAF Odiham.
The exercise organisers explained the Dutch have been watching what the exercise has been replicating and wanted to get involved. It's been rumoured Danish Merlin's would like to be involved in the Winter MRX, though this is to be confirmed. 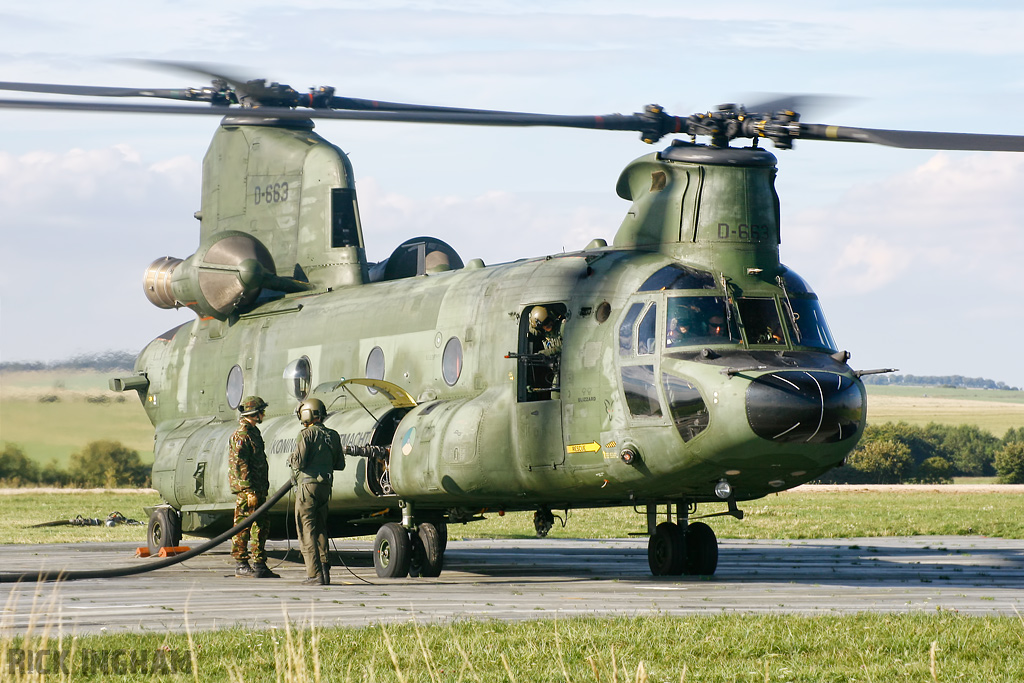 The people who took part in this exercise are due to deploy to Afghanistan between September and Christmas 2011. 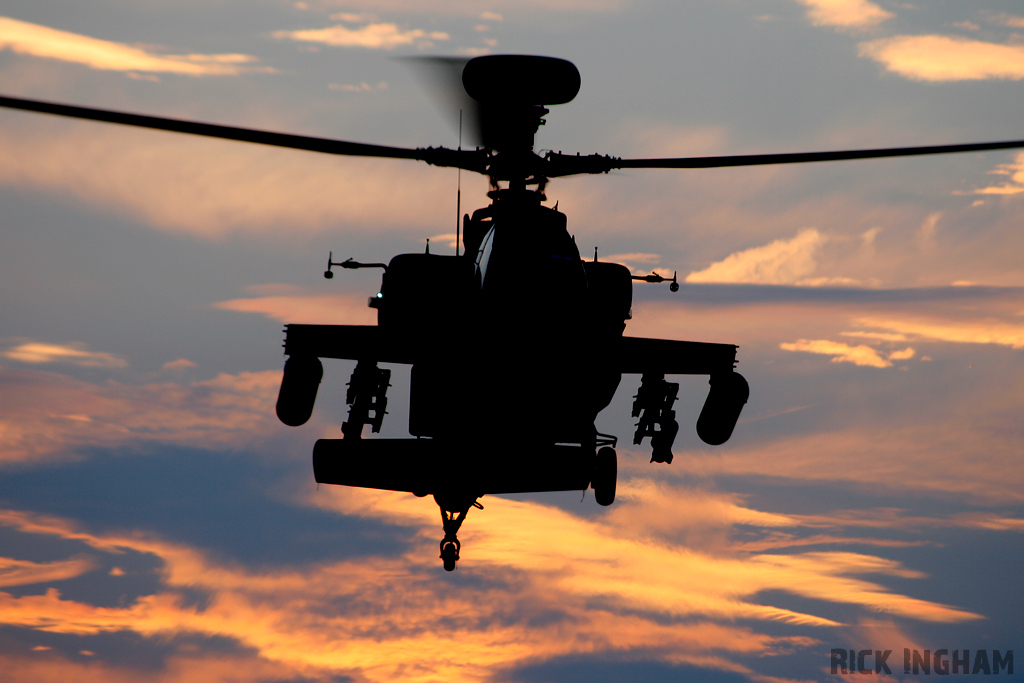 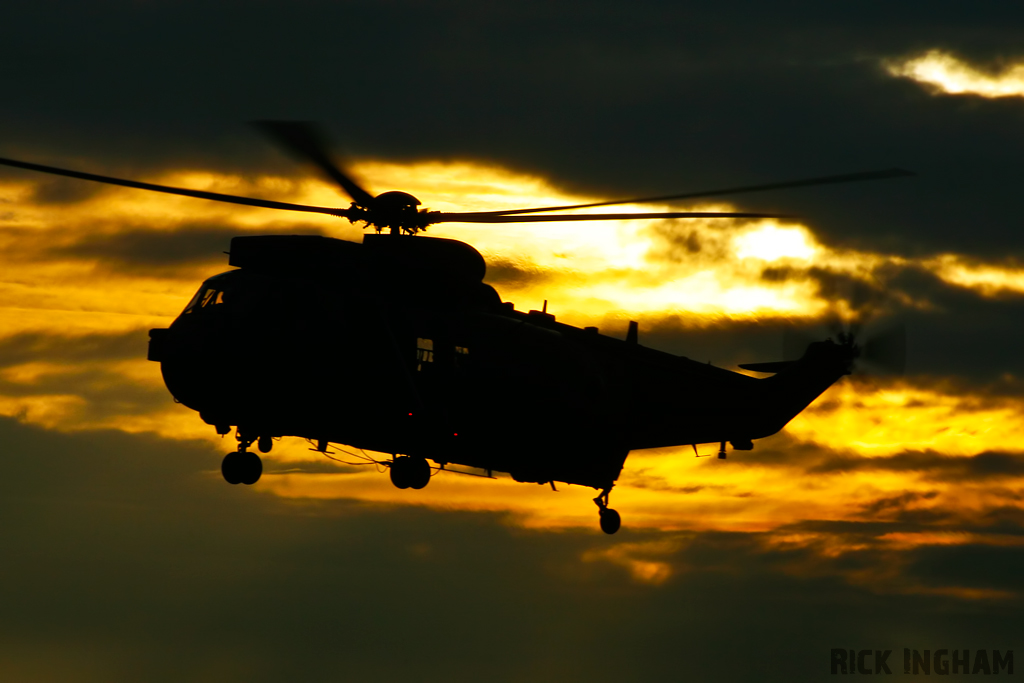 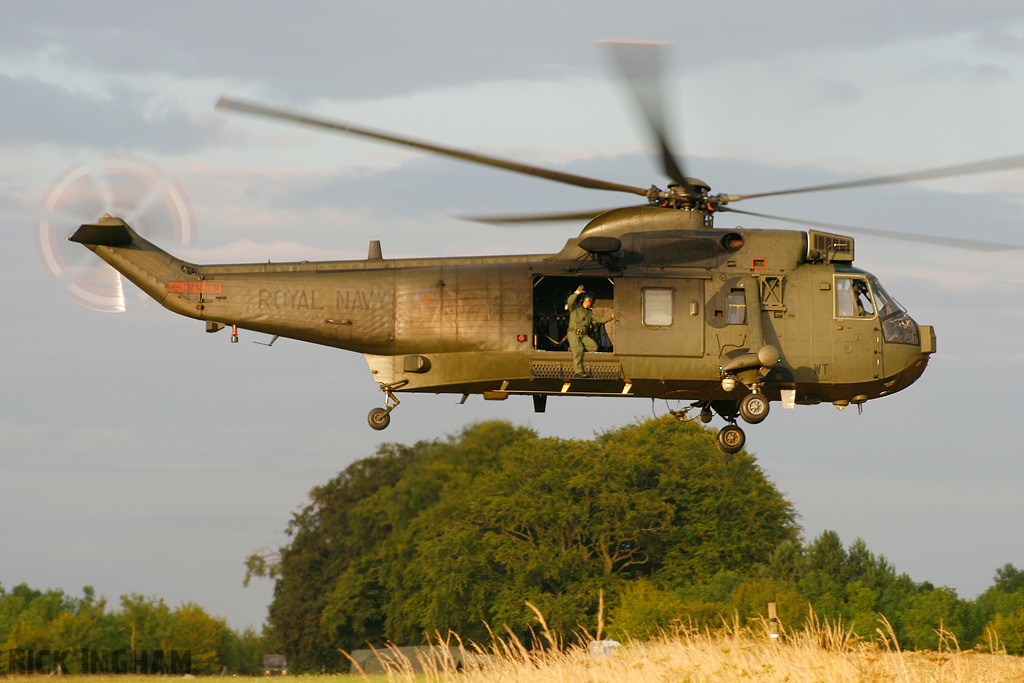 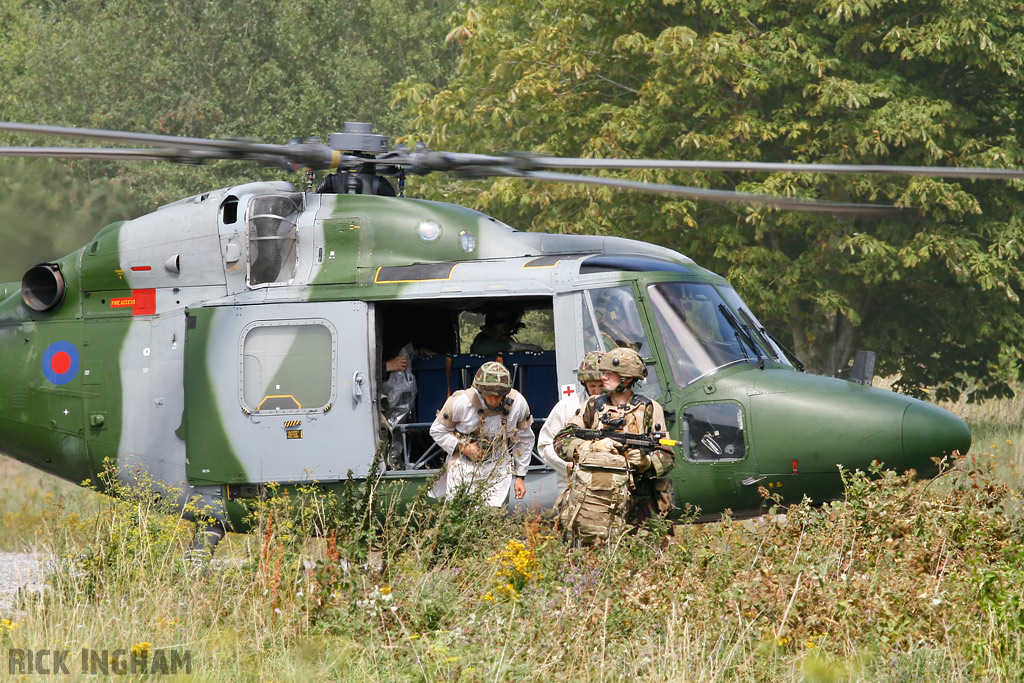 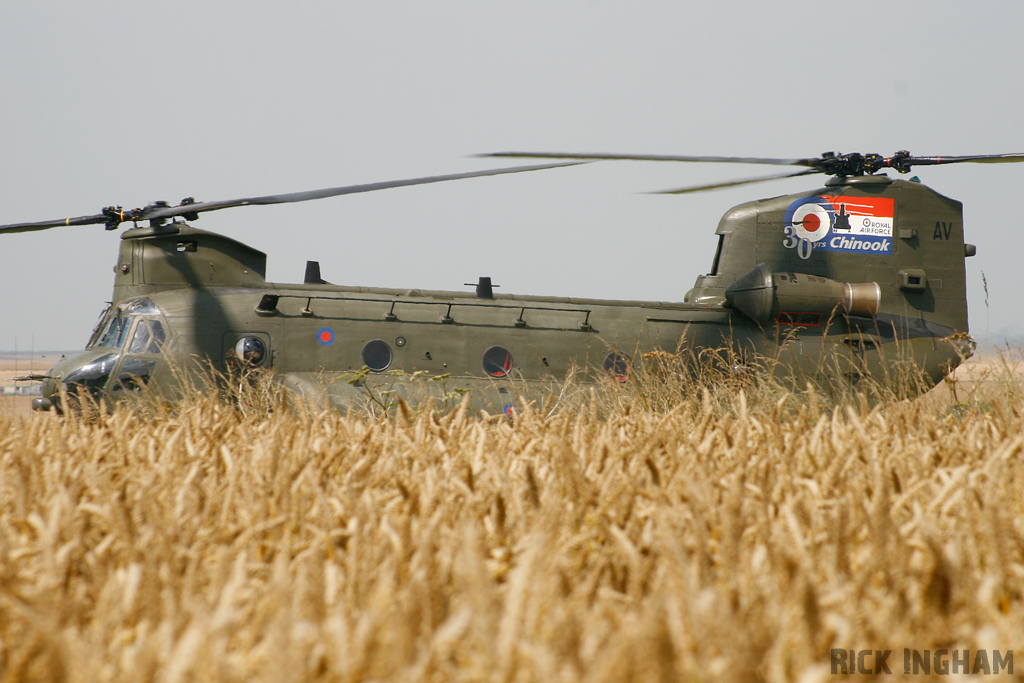 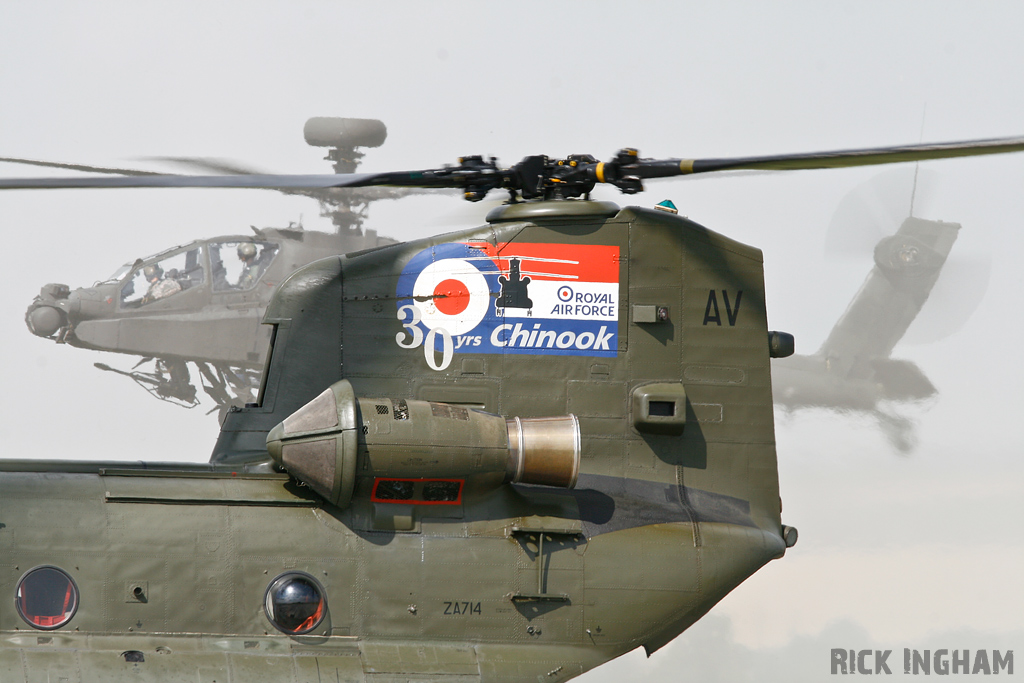 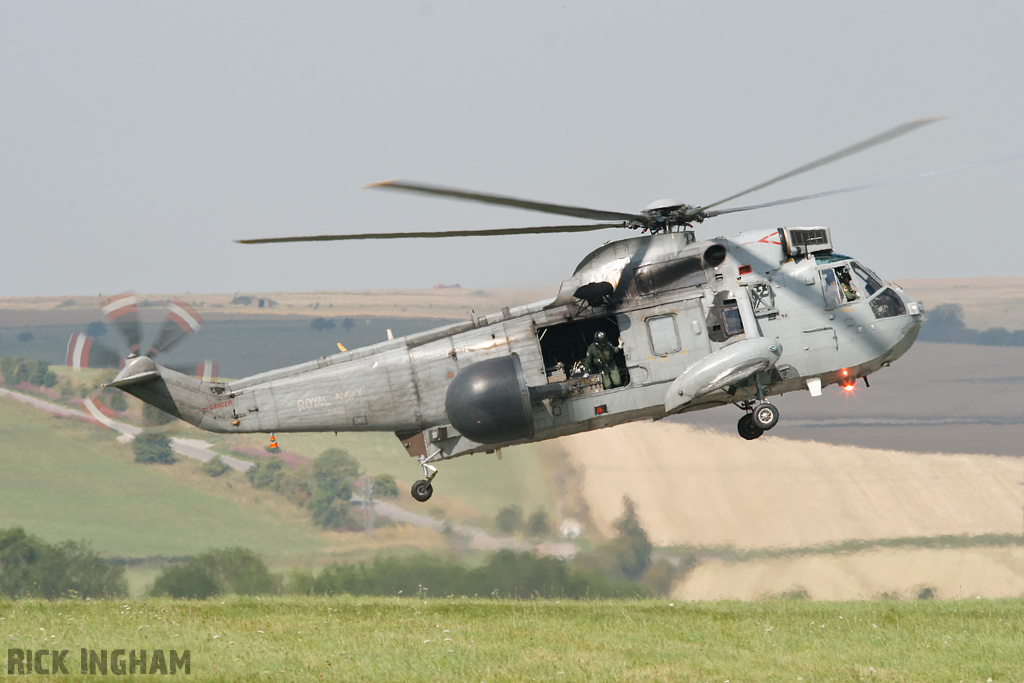 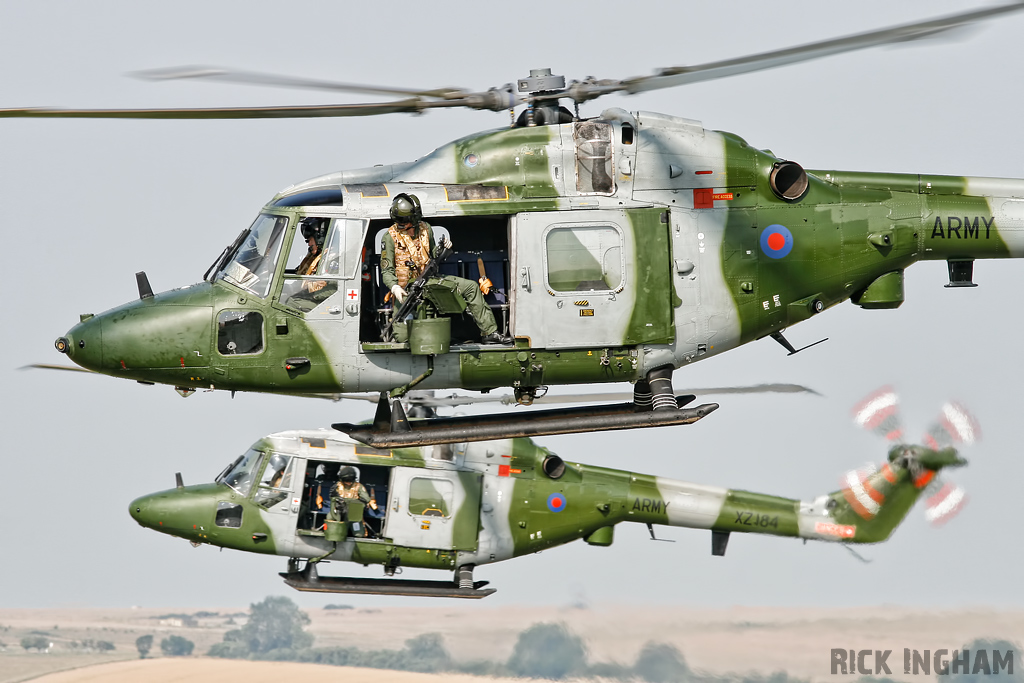 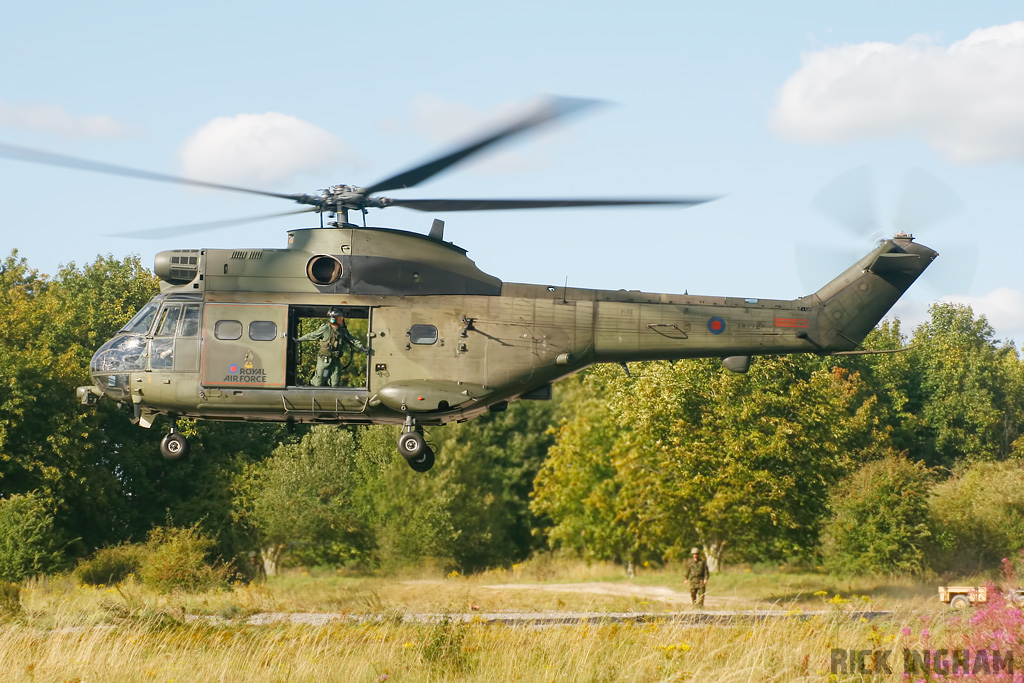 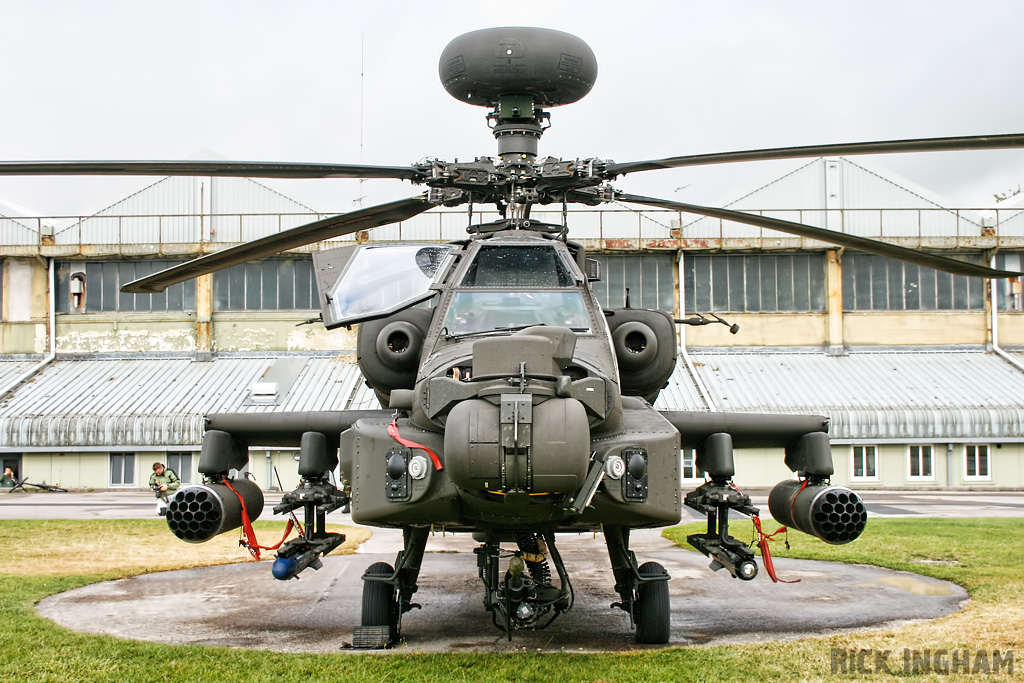 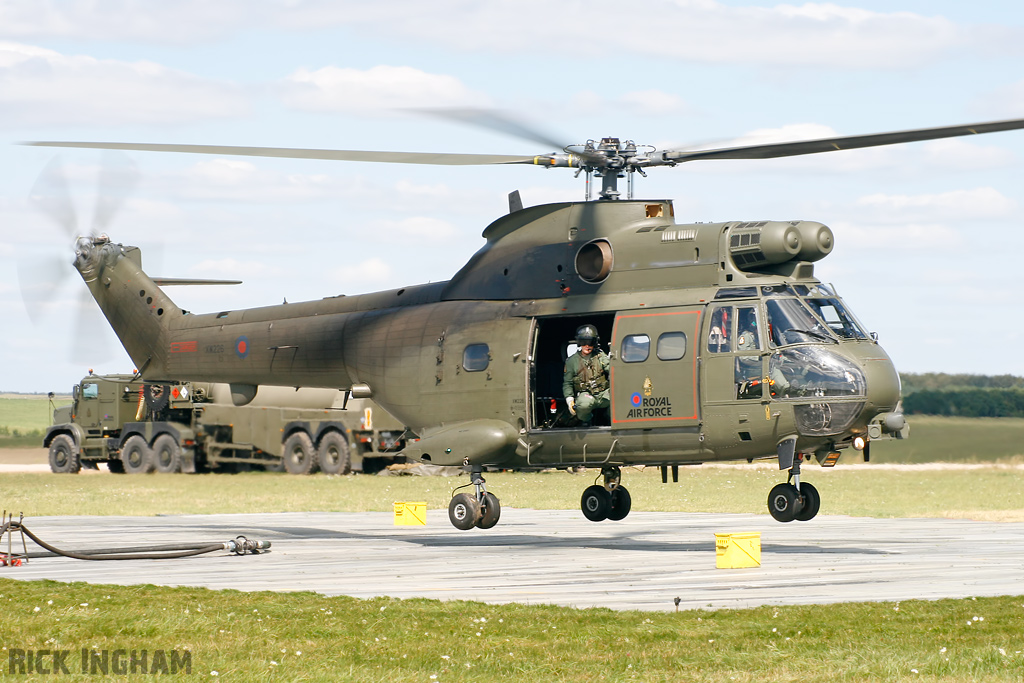 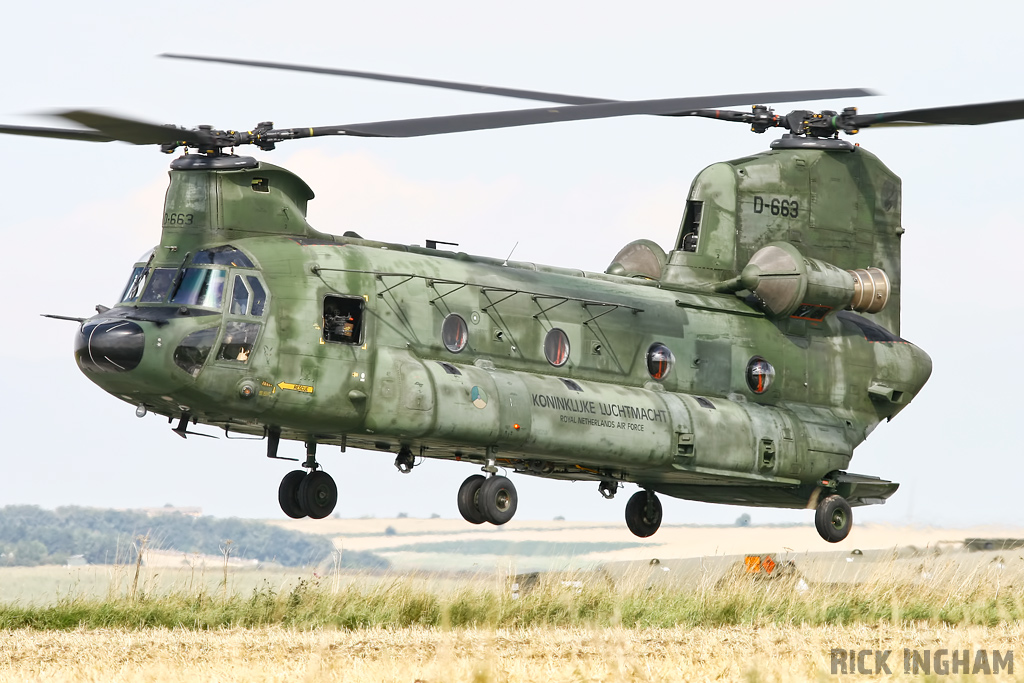 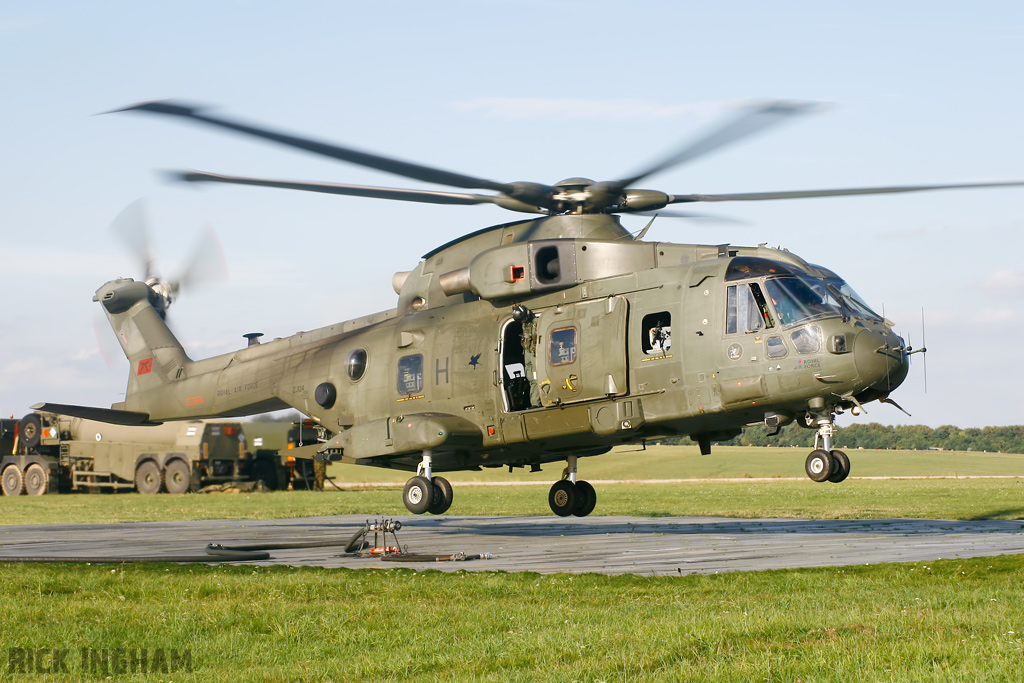