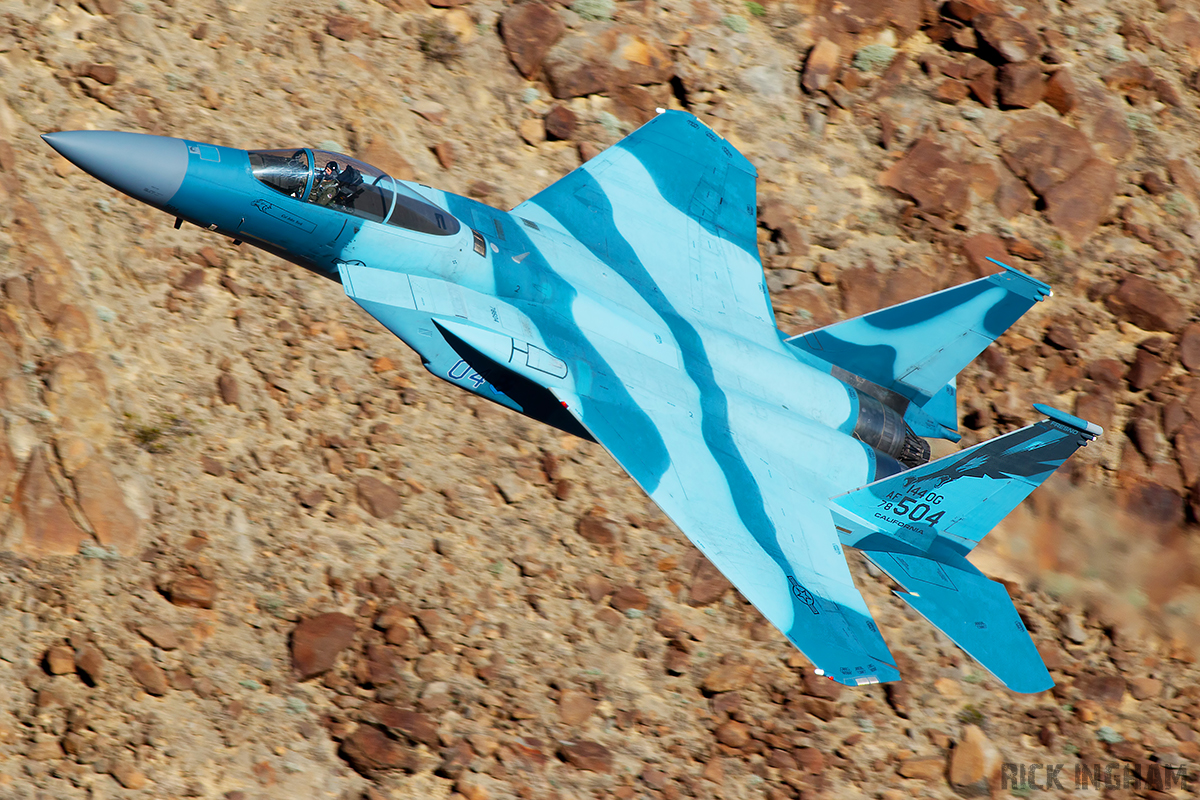 The 144th Fighter Wing’s role is to defend California against air threats using its 21 F-15C and D Eagles and also to support America’s counter-drug programme with its single C-26A Metroliner, all of which fly out of Fresno Air National Guard Base situated at Fresno International Airport. 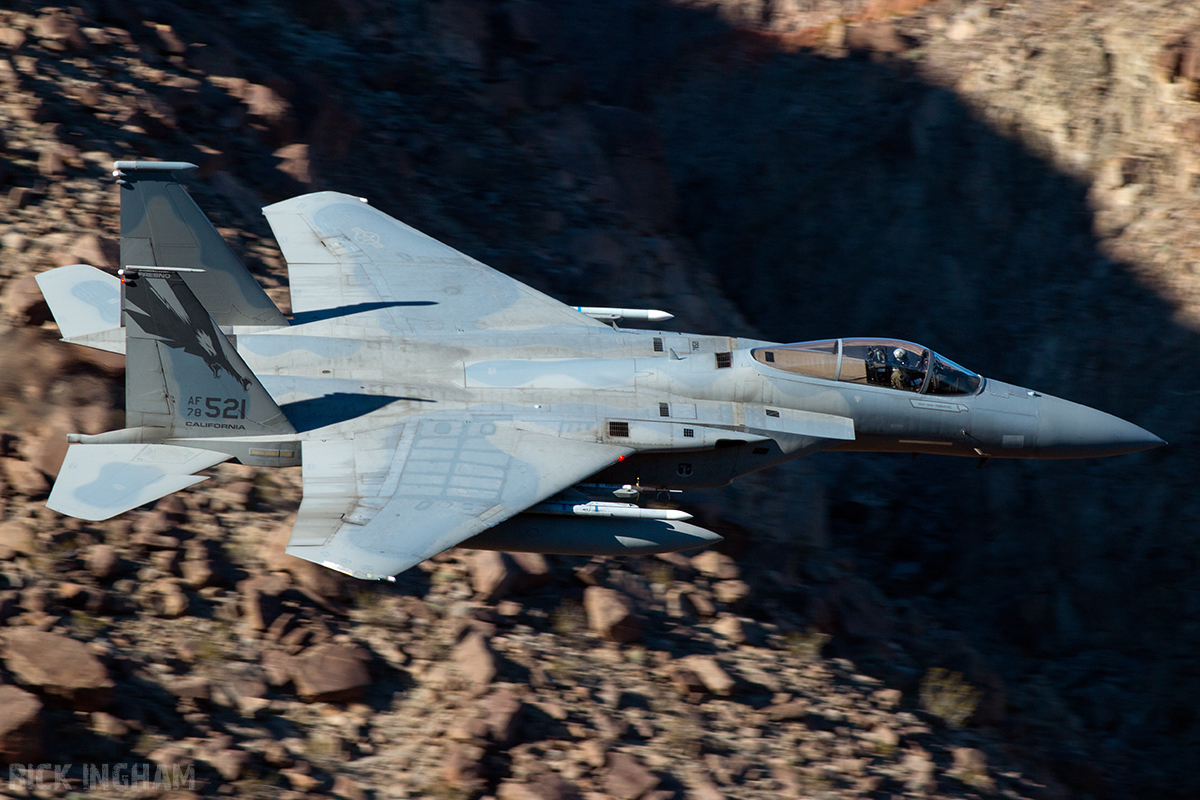 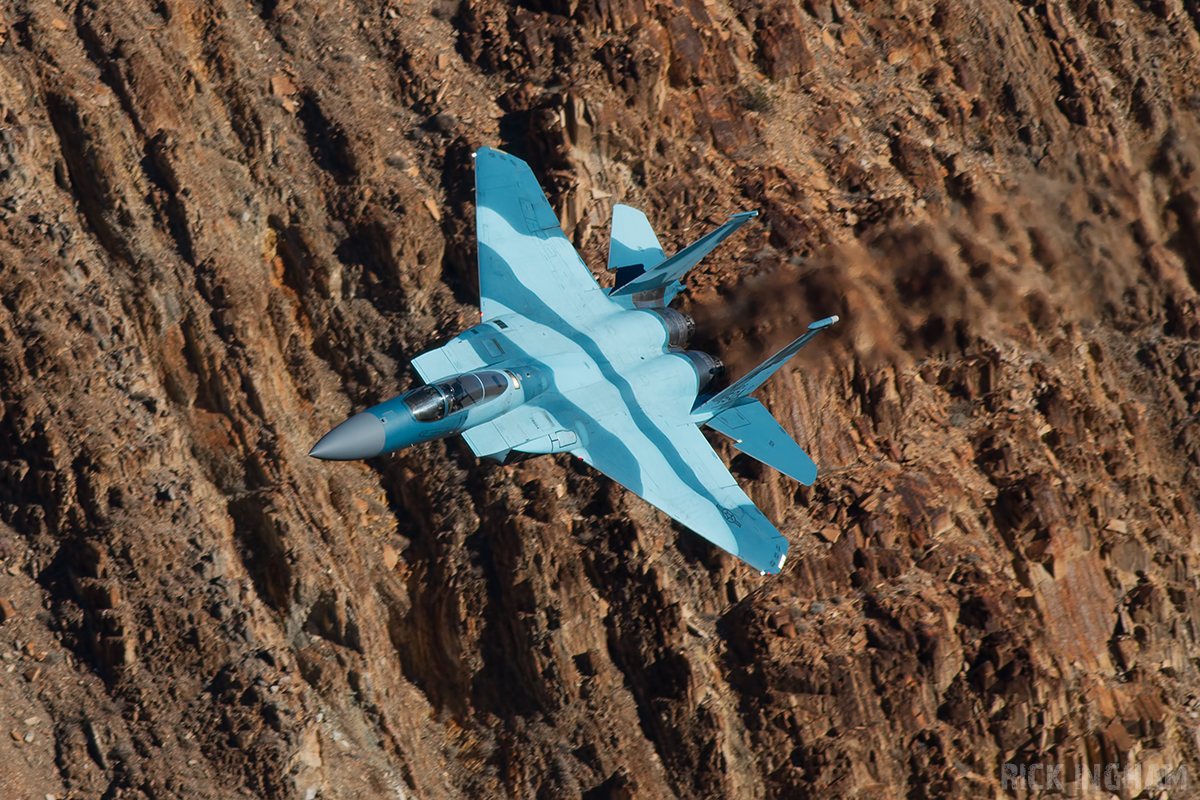 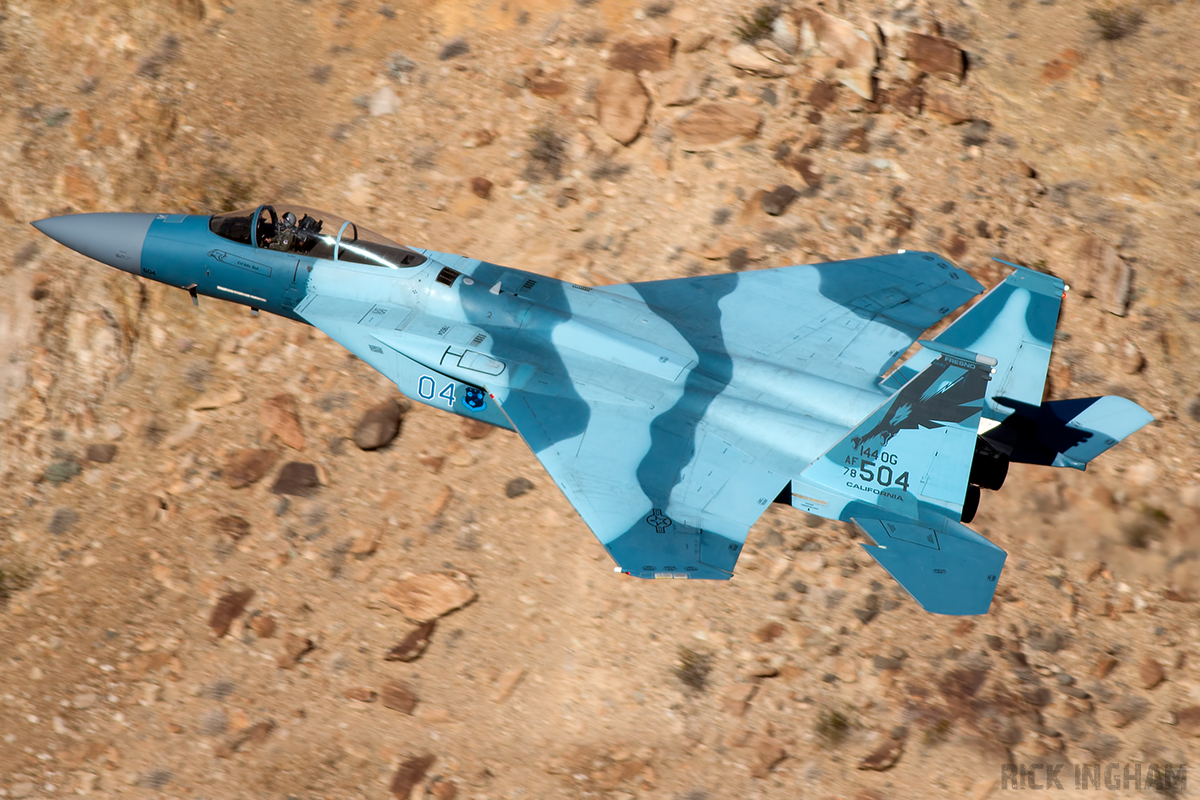 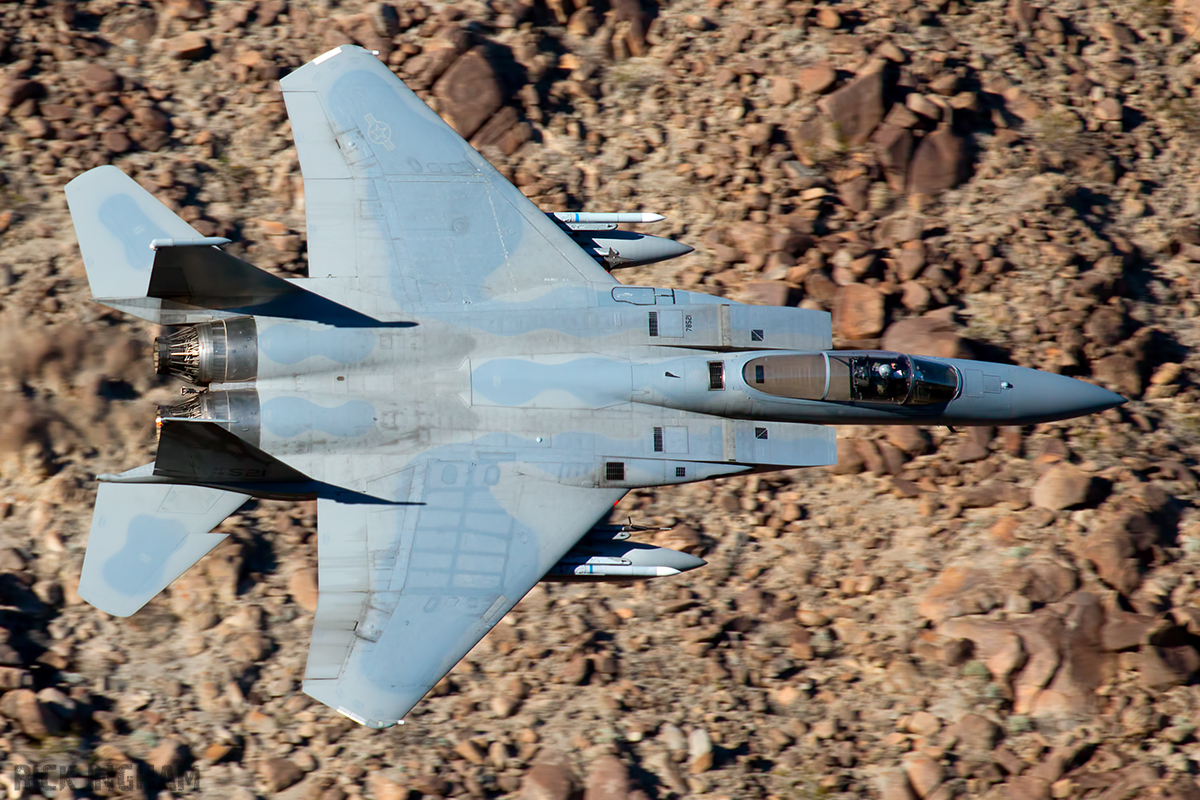 They changed aircraft again on 1st January 1984 to the F-4D Phantom, which they flew until 30th September 1989.On 1st October 1989 they re-equipped with the F-16A Falcon, a cutting edge aircraft that represented a new era for the Fighter Wing. 1995 saw 18 upgraded F-16C Fighting Falcons replace the A models. When the 144th Fighter Interceptor Wing was reassigned to the Air Combat Command in 1992 they were renamed to it’s current name, The 144th Fighter Wing. November 2013 saw the 144th Fighter Wing replace the F-16Cs with F-15C Eagles which are operated to this day. 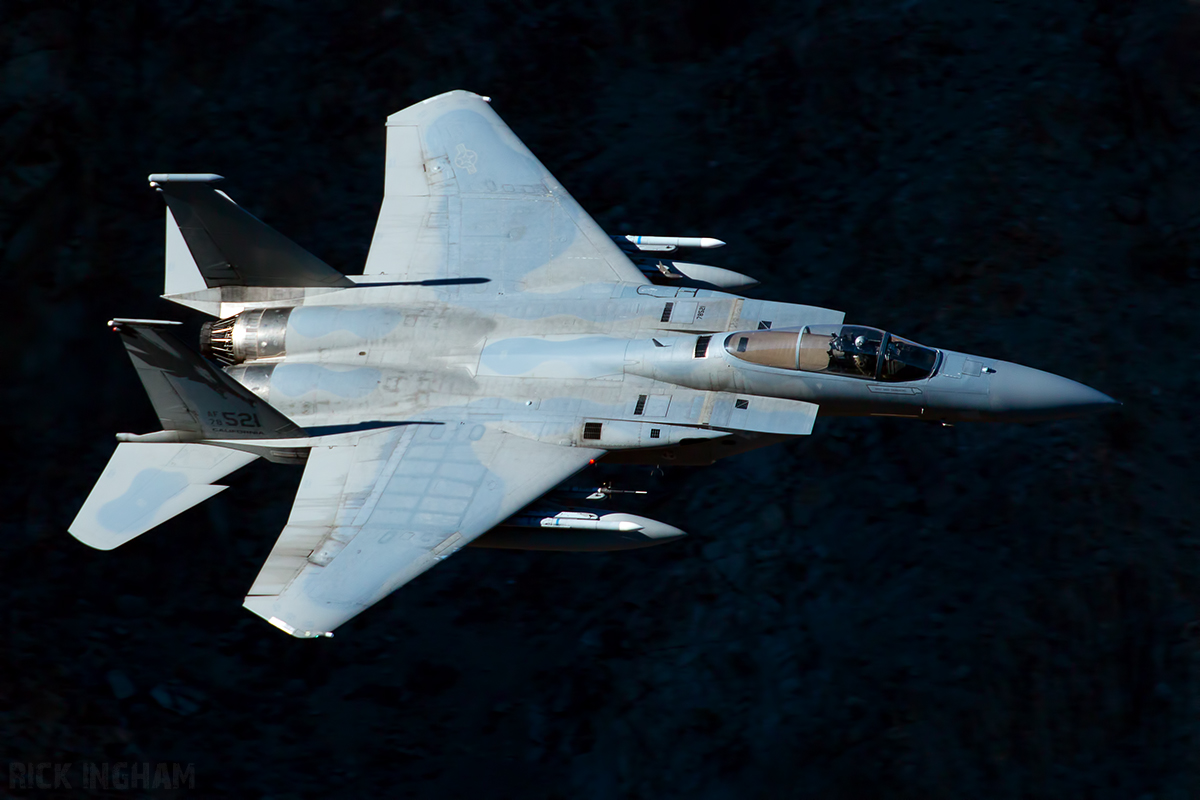 The wing has 325 full time personnel running the day to day duties. On the first weekend of every month, the Air National Guard runs a ‘Drill Weekend’ where part time reservists work on keeping their skills within their trade current. This swells up to 990 personnel, made up of anything from engineers, pilots, firemen, air traffic controllers, operations staff and caterers. 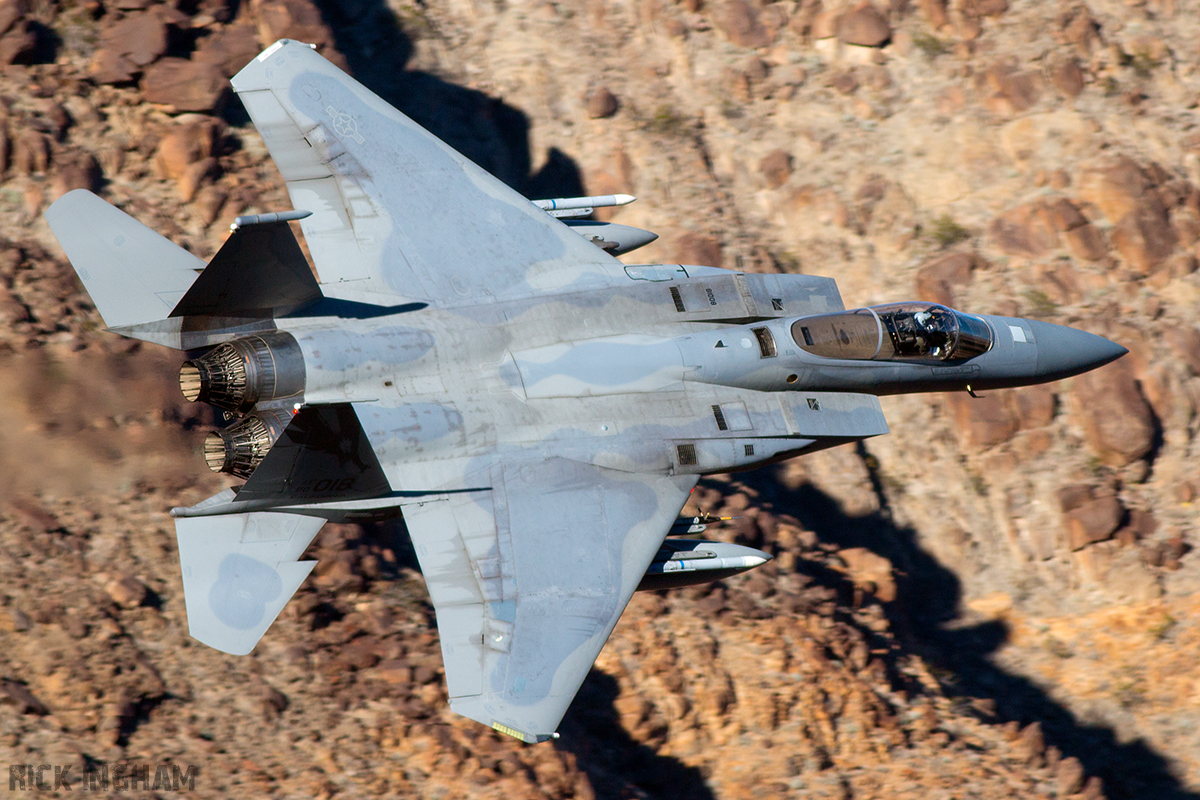 All images in this report were taken from Death Valley National Park in Nevada. The painted jets were acquired by the 144th after the 65th Aggressor Squadron at Nellis AFB in Las vegas, was deactivated. Days after these images were taken, they were repainted standard grey ready for a Red Flag Exercise. 78-0504 wore blue, 78-0538 and 78-0480 wore brown. 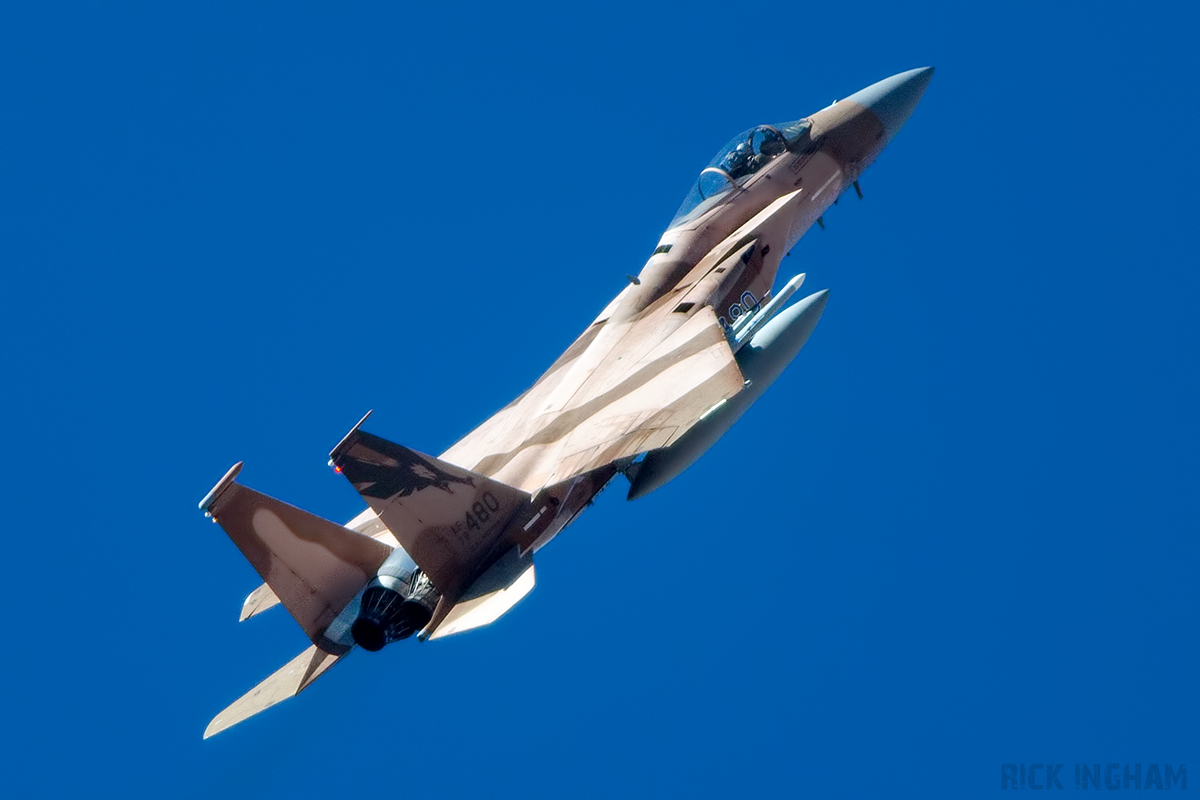 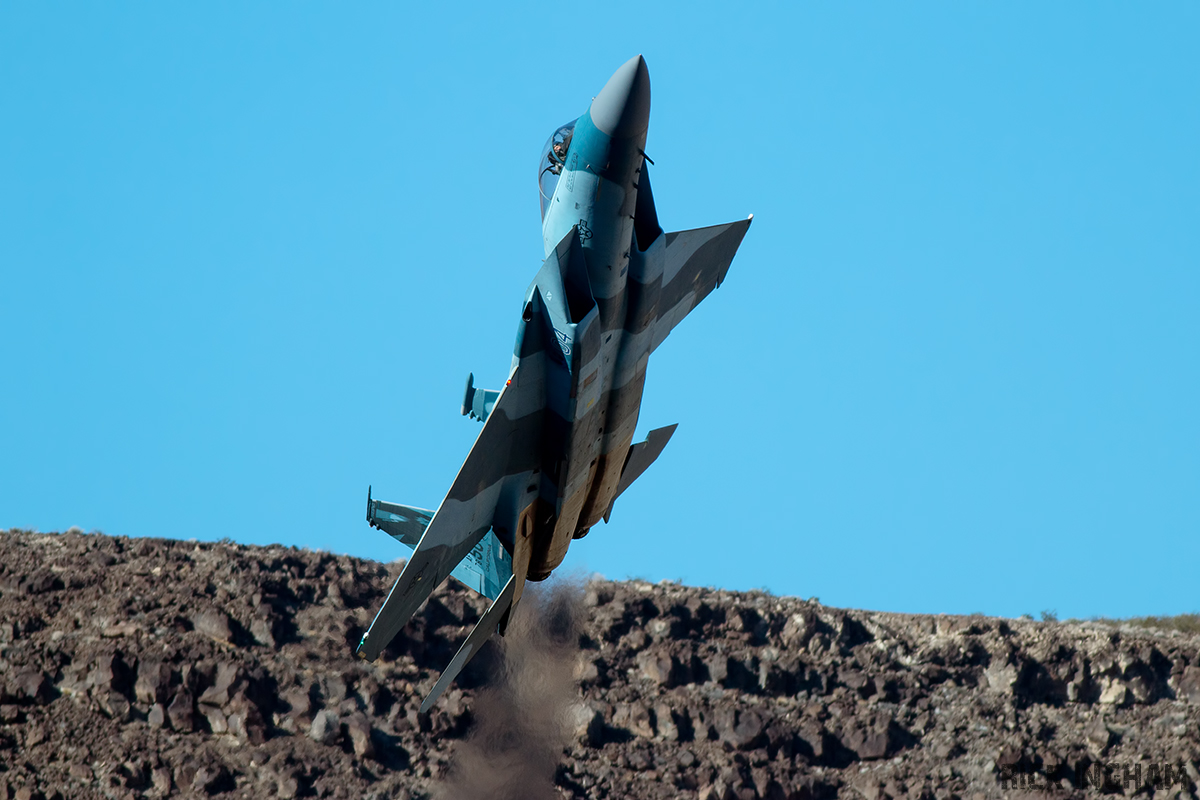 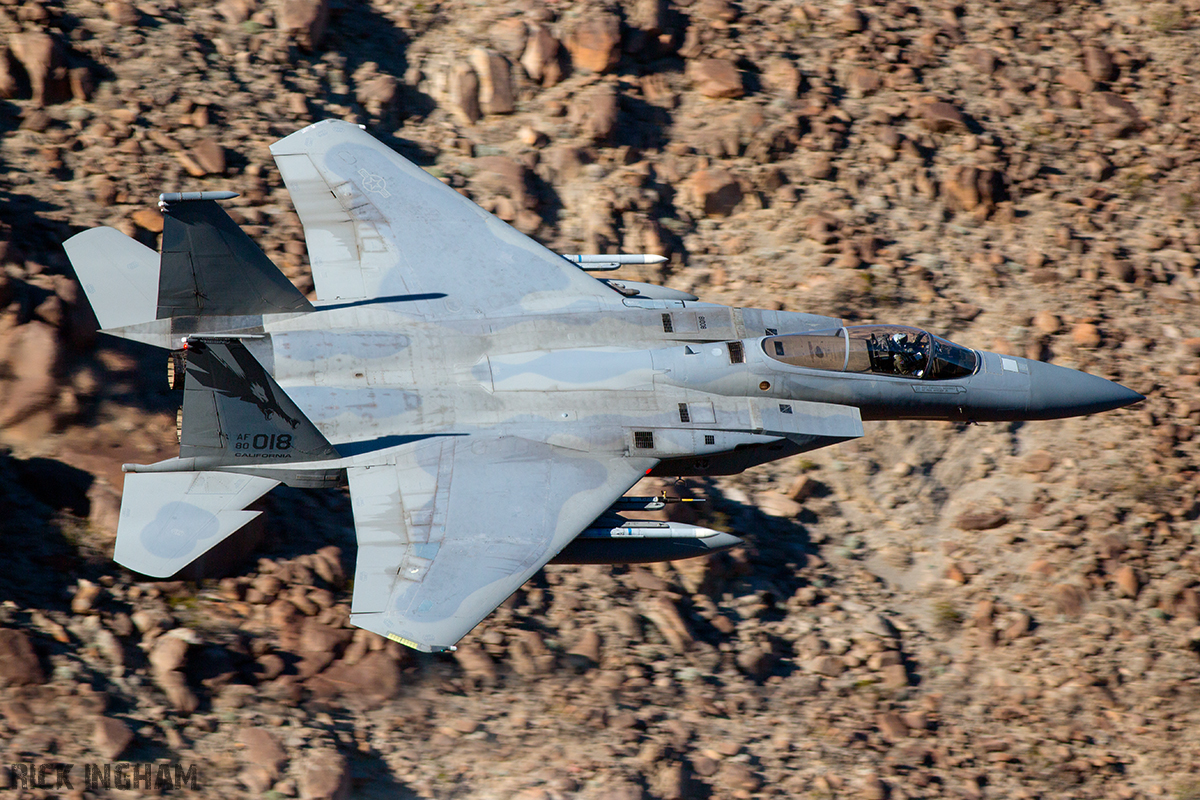 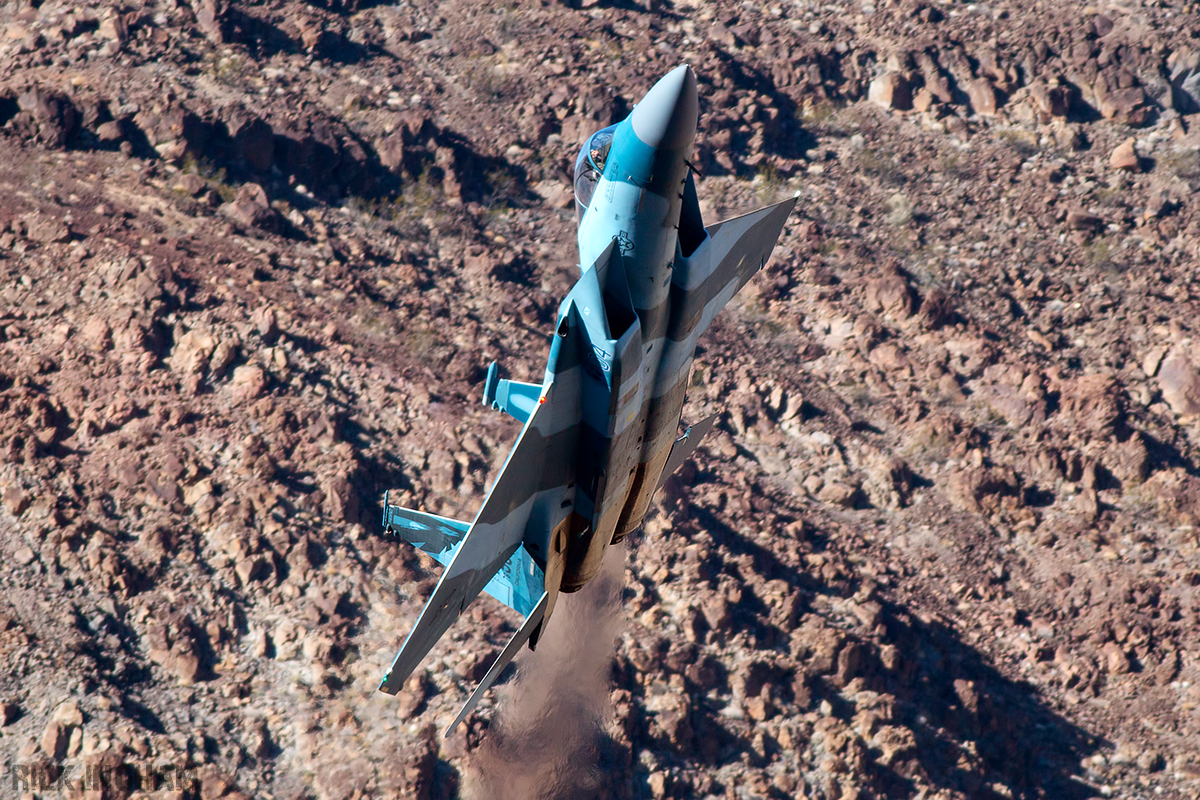 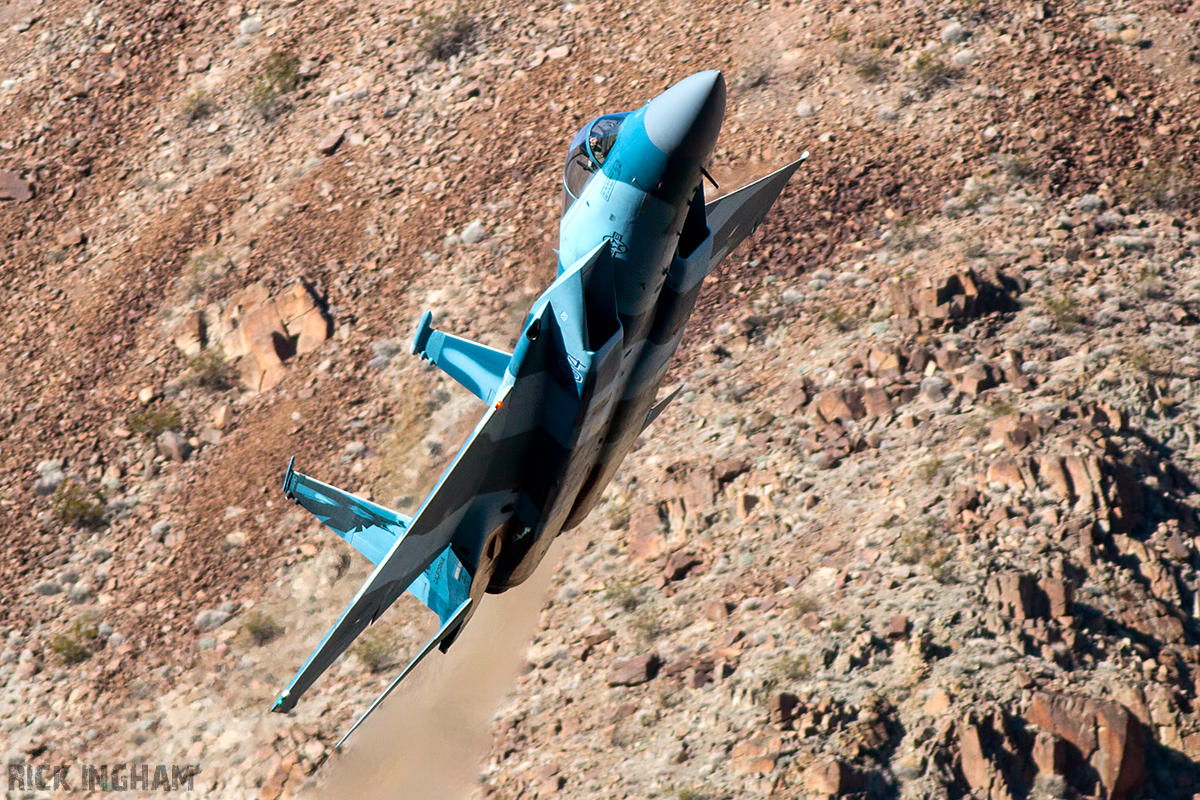 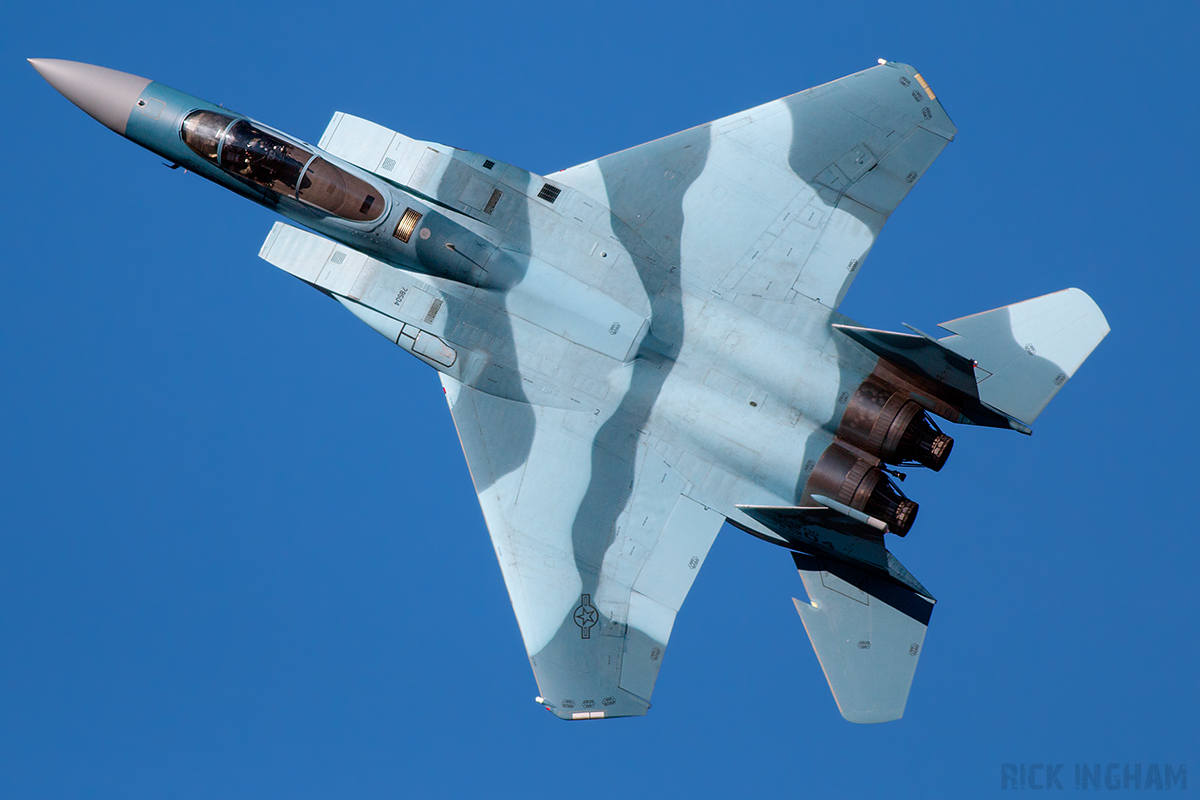 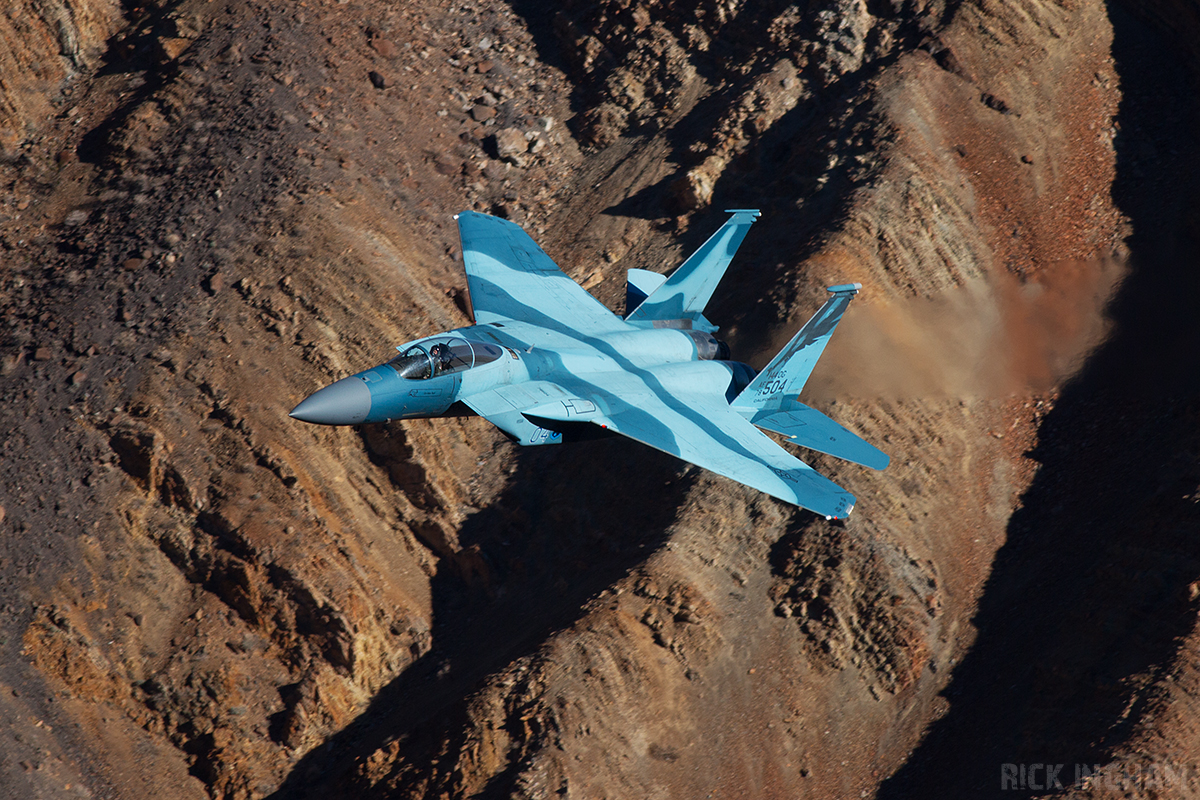 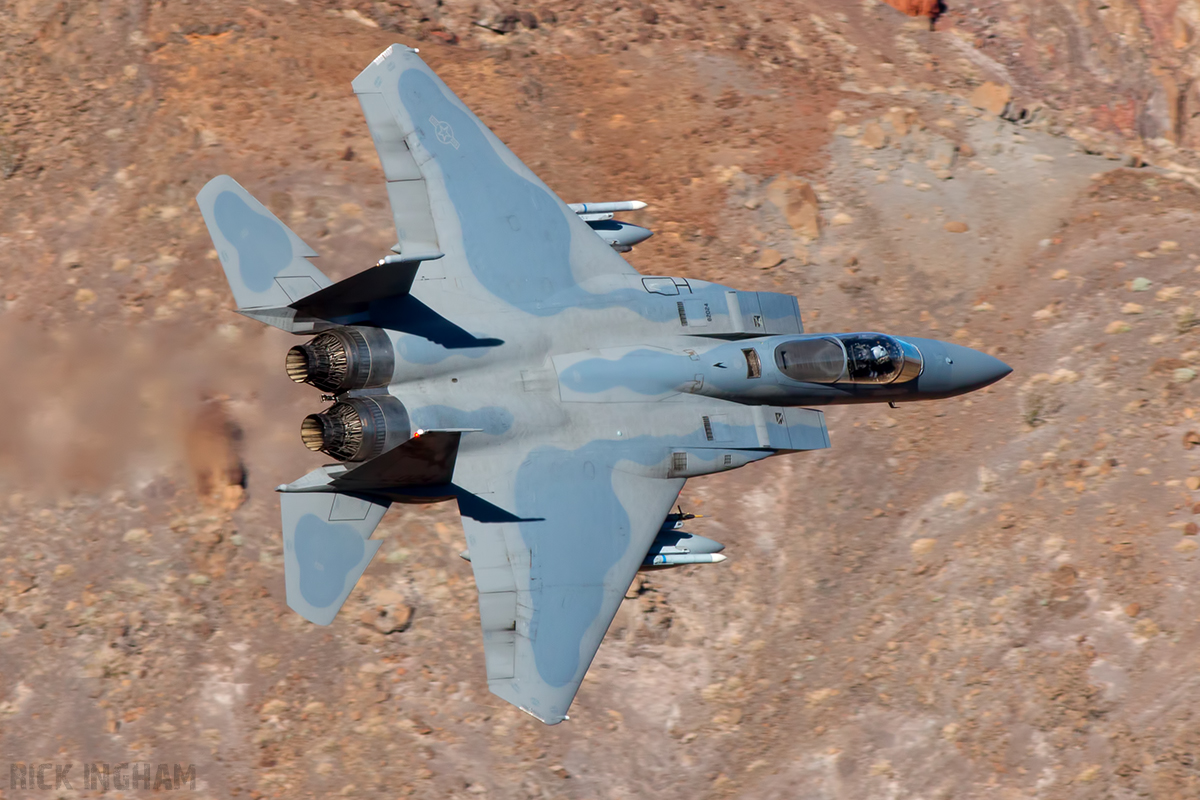 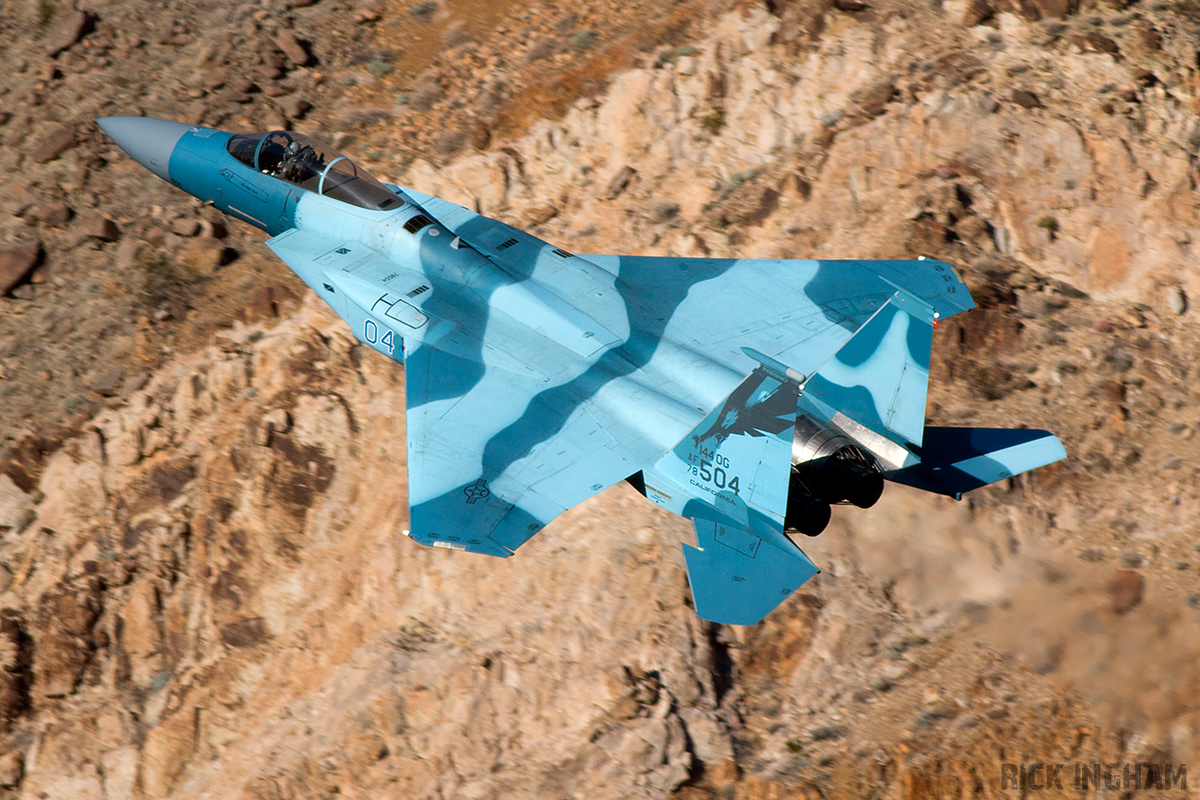