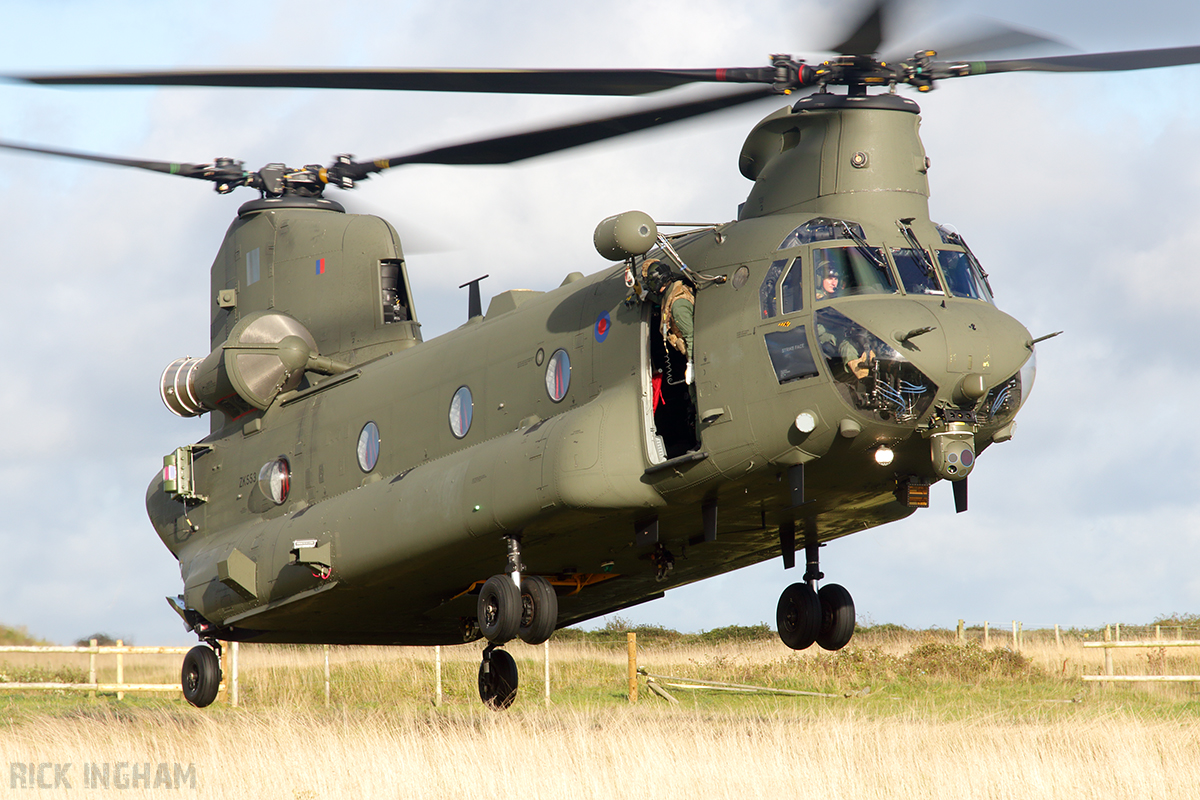 The Ministry of Defence has showcased its fleet of newly upgraded helicopters at an event at RAF Benson, Oxfordshire. Over the last 12 months, Puma HC2, Merlin HM2, Chinook HC6, and Wildcat AH1 and HMA2 have all been certified ready for operational duties.
The result gives Joint Helicopter Command (JHC) a modern and efficient fleet able to deploy anywhere in the world and take on any tasks necessary; and JHC didn’t waste any time in making good use of them with Merlin HM2 deploying to Sierra Leone to help tackle Ebola, the Puma HC2 relieving the RAF’s Chinook fleet in Iraq and the Wildcat deploying for global maritime operations. 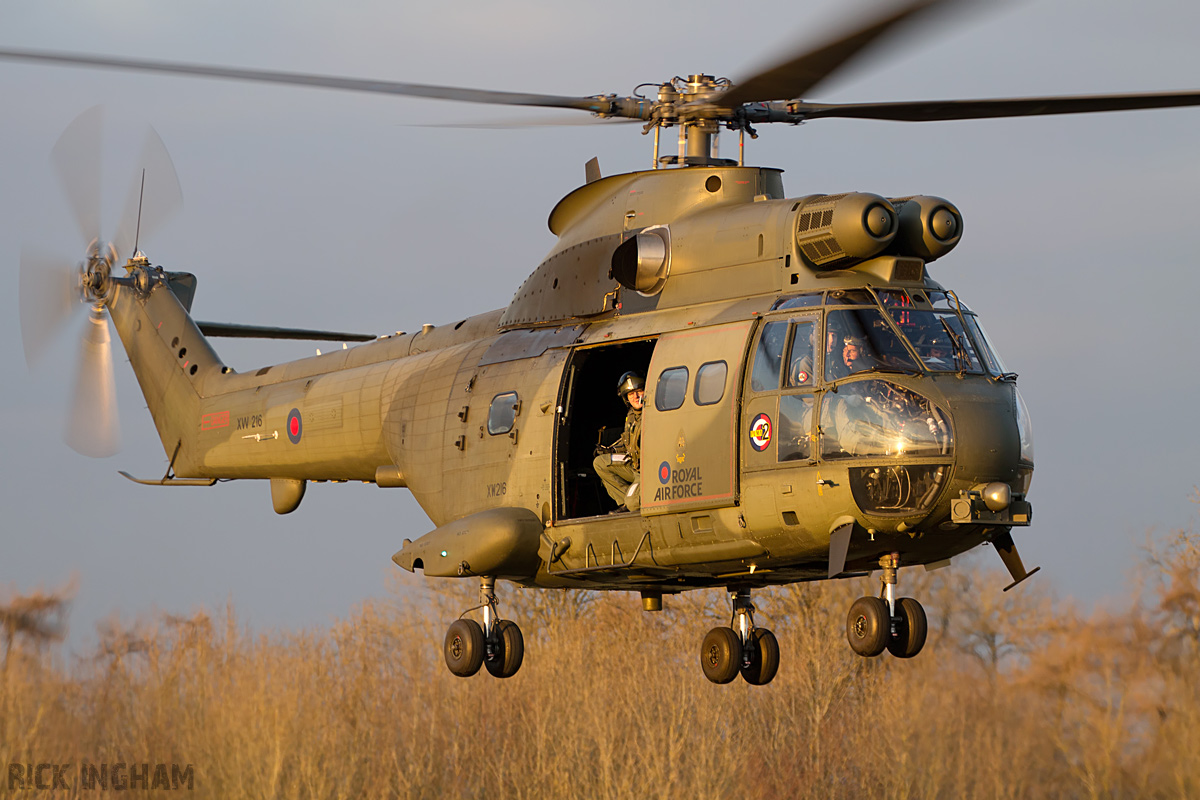 Defence Minister Philip Dunne told the assembled media at the event:
“Along with making huge savings for the taxpayer, the government has invested some £6 billion to sustain and improve our helicopter capability over the last four years. We will continue this investment with a further £11 billion budgeted to be spent over the next decade.” 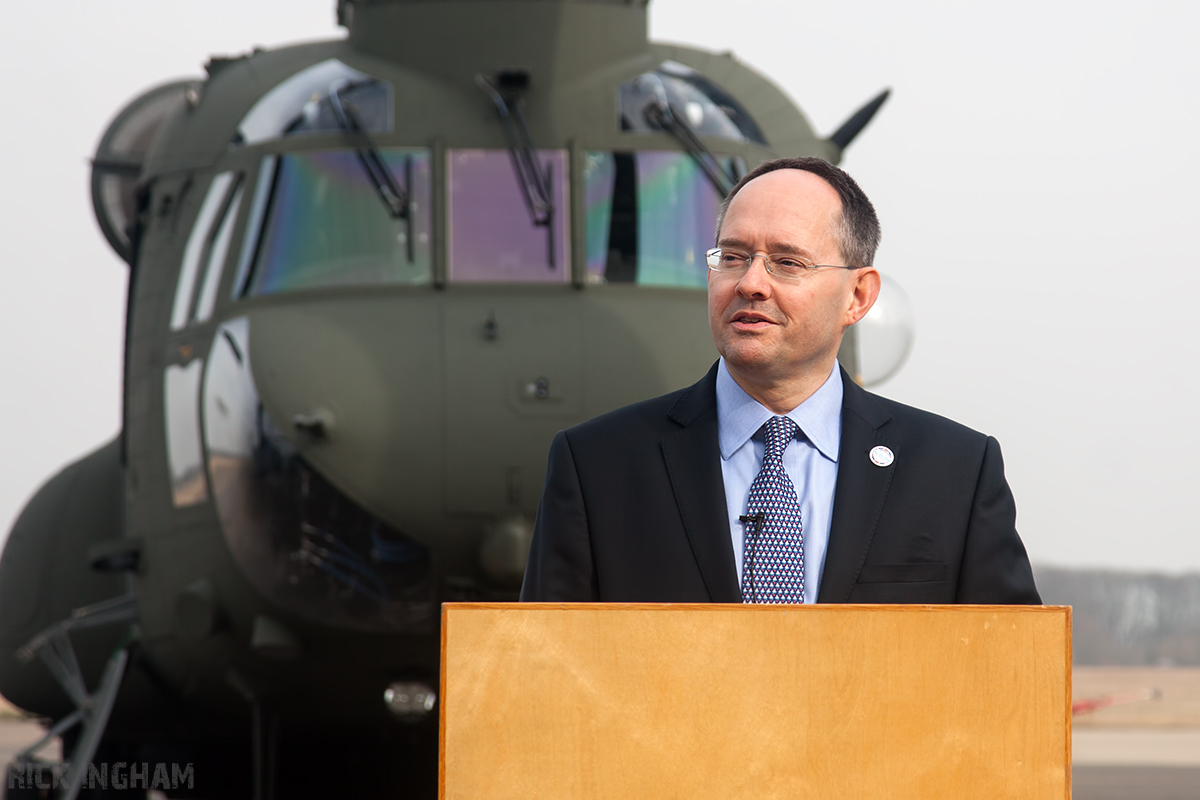 Over the next five years the MOD expects to make savings of £440 million on the cost of supporting the Chinook, Merlin and Apache fleets; this includes £150 million savings made on the recently announced £420 million contract with Boeing for the in-service support of the Chinook helicopter. 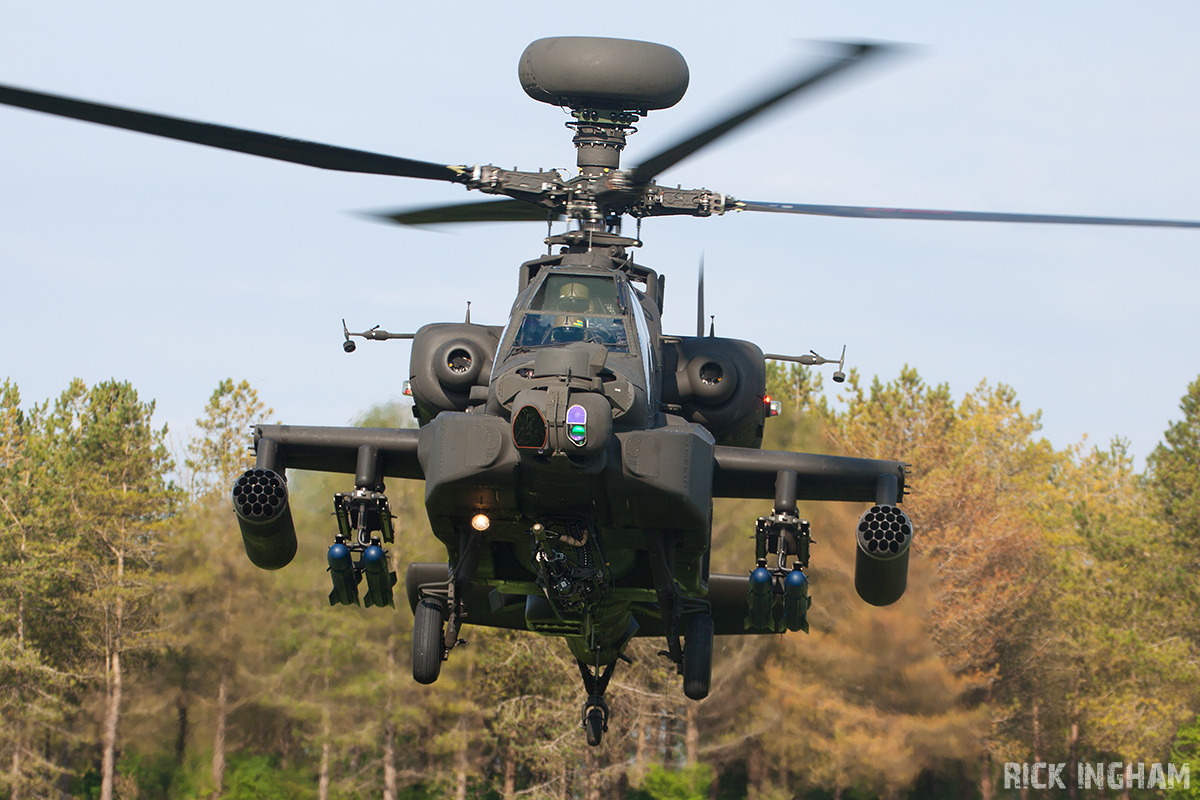 Dunne continued:
“I am grateful for the important role played by the industry in these successes, particularly by our helicopter prime contractors. There is no doubt that the work across these businesses and their supply chains has brought huge benefits to the UK economy, with around 4,000 jobs sustained in Britain.” 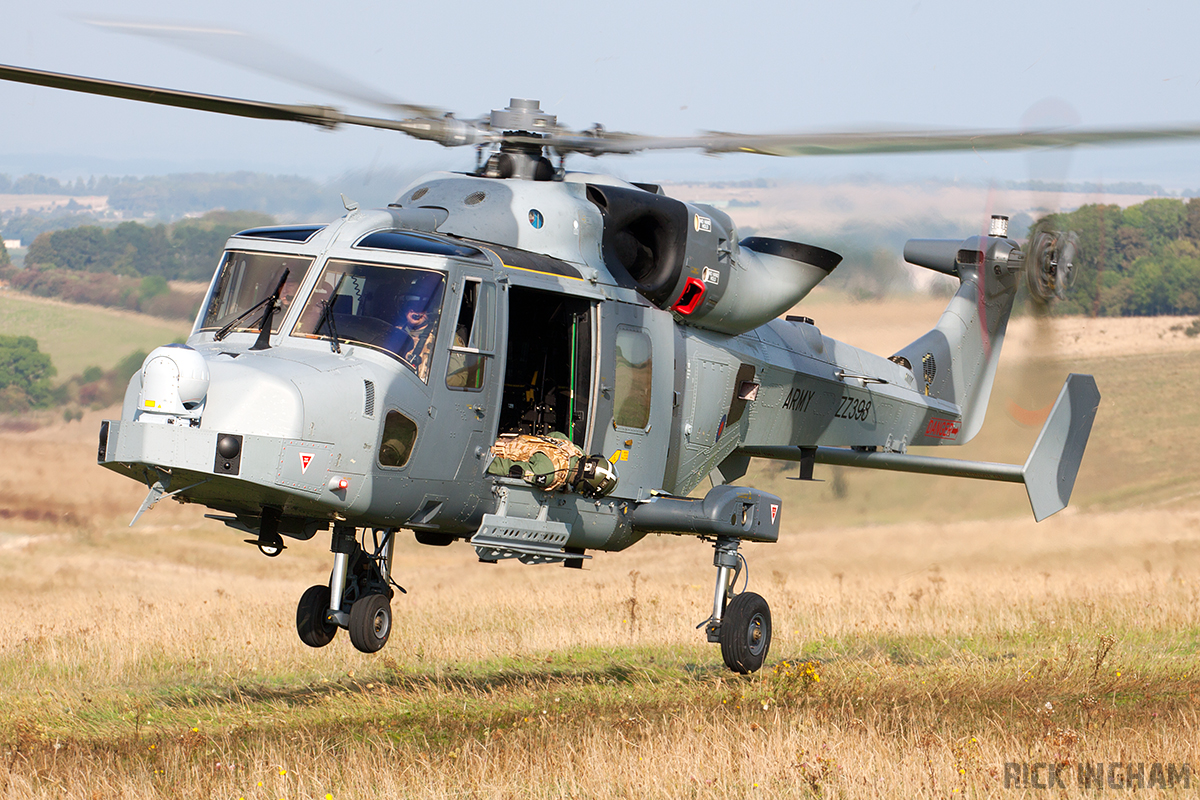 Initial Operating Capability (IOC) for the following platforms have been achieved over the past year:

- Puma Mk2 in February 2015, with IOC defined as 6 aircraft and crews ready for worldwide operations. All but one of the 24 aircraft have been delivered following the major modifications undertaken in France and Romania, and are now being made ready for operational use;

- Chinook Mk6 in January 2015, with IOC defined as 3 helicopters ready for use. Six of the 14 required airframes have been delivered to the UK;

-  Wildcat Mk2 Helicopter Maritime Attack (Royal Navy version) in January 2015, with IOC defined as one helicopter (and logistic support) able to deploy for six months. Twelve of the 28 required airframes have been delivered.

- Wildcat Mk1 Army Helicopter (Army version) in August 2014, with IOC defined as three helicopters, plus logistic support, ready for operations. Twenty-Seven of the 34 required airframes have been delivered.

- Merlin Mk2 in May 2014 – with IOC defined as six helicopters delivered to RNAS Culdrose and ready for operational deployment. Nineteen of the 30 required airframes have been delivered. 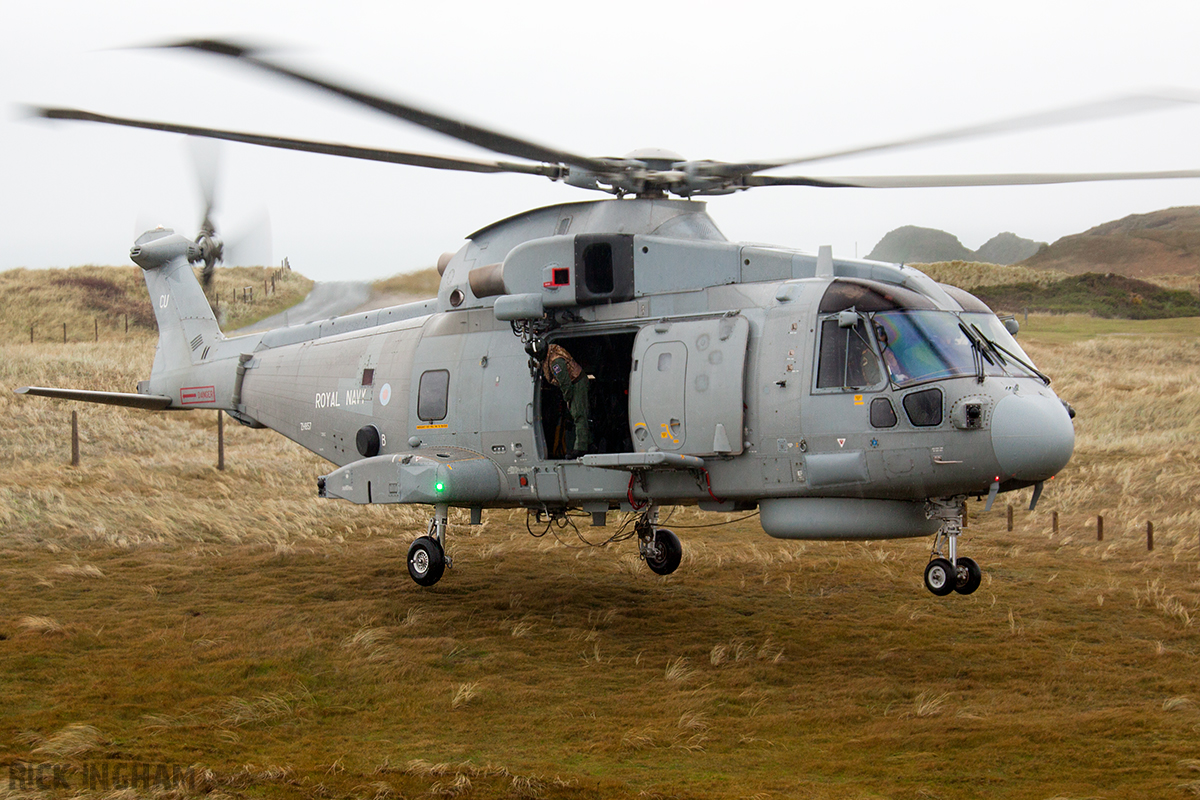 MOD’s Chief of Materiel (Joint Enablers), Pete Worrall told us:
“I am extremely proud of the work undertaken since the agreement of the Rotary Wing Strategy in 2009, to ensure the delivery of major helicopter capability and the transformation of the helicopter support solutions.This is a complex portfolio that has been executed extremely professionally. As a result, DE&S is providing our Armed Forces with one of the most capable and technologically advanced helicopter fleets in the world.” 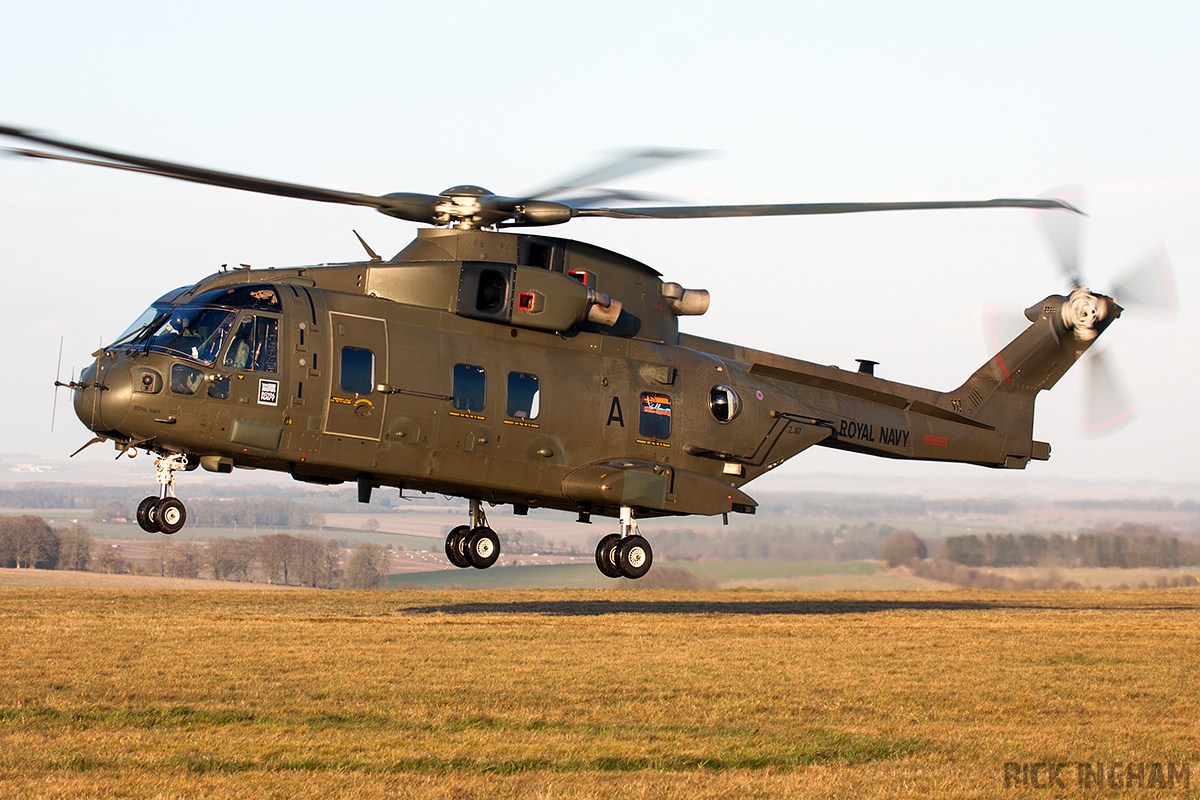 “The Merlin and Wildcat HMA are now both fully digital, and as such, are 21st century aircraft for a 21st century Royal Navy. Together these aircraft give the Fleet Air Arm increased capability and as such will make a manifest contribution to the security of the nation to counter threats across maritime spheres.” 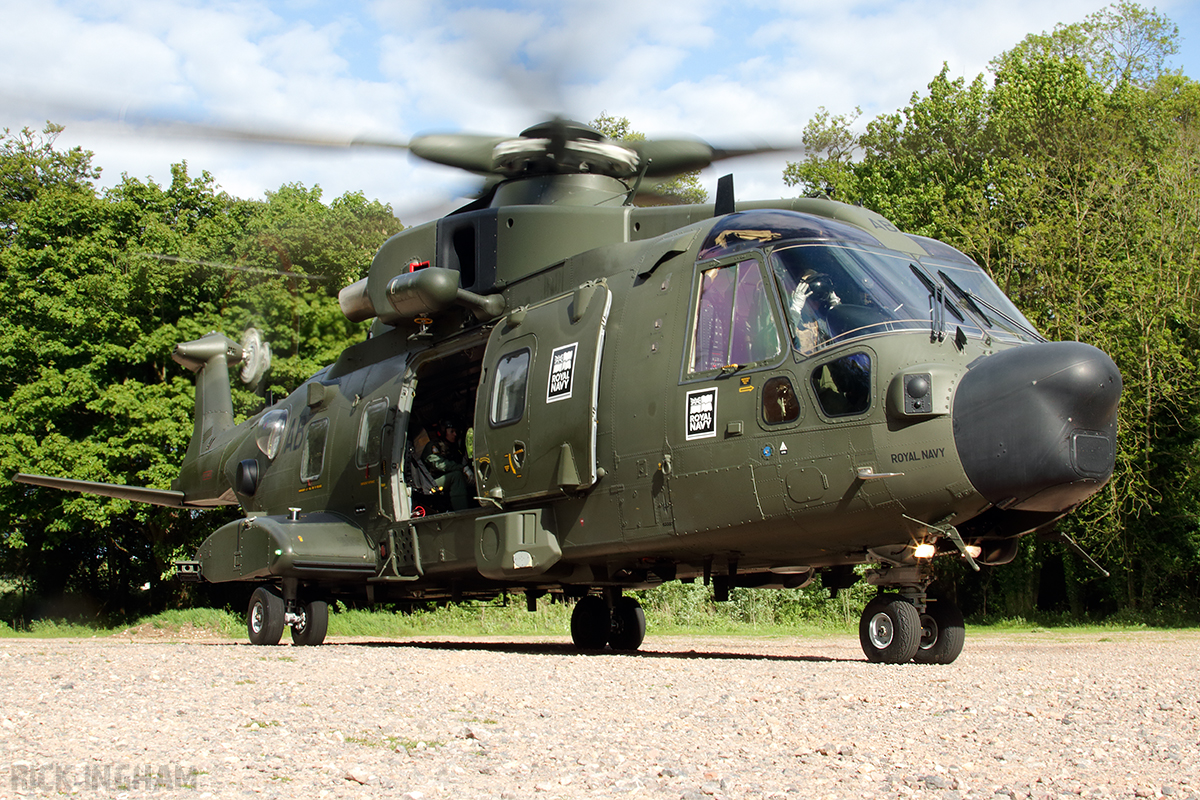 Whilst the Royal Air Force’s Merlin HC3’s are gradually handed over to the Fleet Air Arm, AgustaWestland has received the first 7 airframes of 25 at the Yeovil factory for conversion to the new HC4 variant for use by the Commando Helicopter Force (CHF) to replace the aging Westland Sea King HC4 fleet. Initially, this batch will only receive the folding tail and rotors for maritime operations. The avionics upgrade will follow after they have been delivered in 2016. 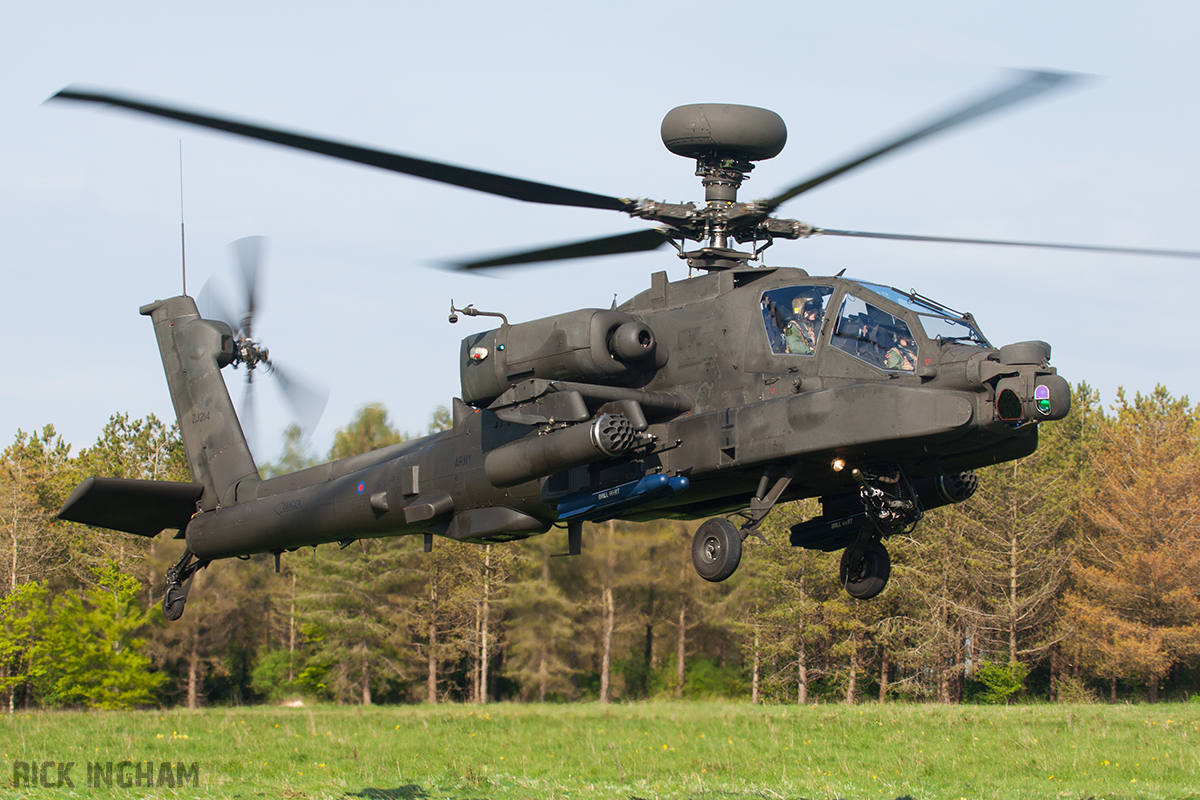 The processing chips that power the Army Air Corps’ Apache AH1 attack helicopter’s systems are no longer made and Boeing’s stock is expected to be run out by around 2017.
As a result, the UK is currently exploring how to replace the helicopter, deciding between a good value offer from Boeing for the up-to-date AH-64E model at £20 million ($30 million USD) per aircraft or an option to support UK jobs with AgustaWestland building them under licence in Yeovil, Somerset – although the likely sum would be more than double Boeing’s offer at £44 million each.
A decision is expected in spring 2016 for the 50 new helicopters. 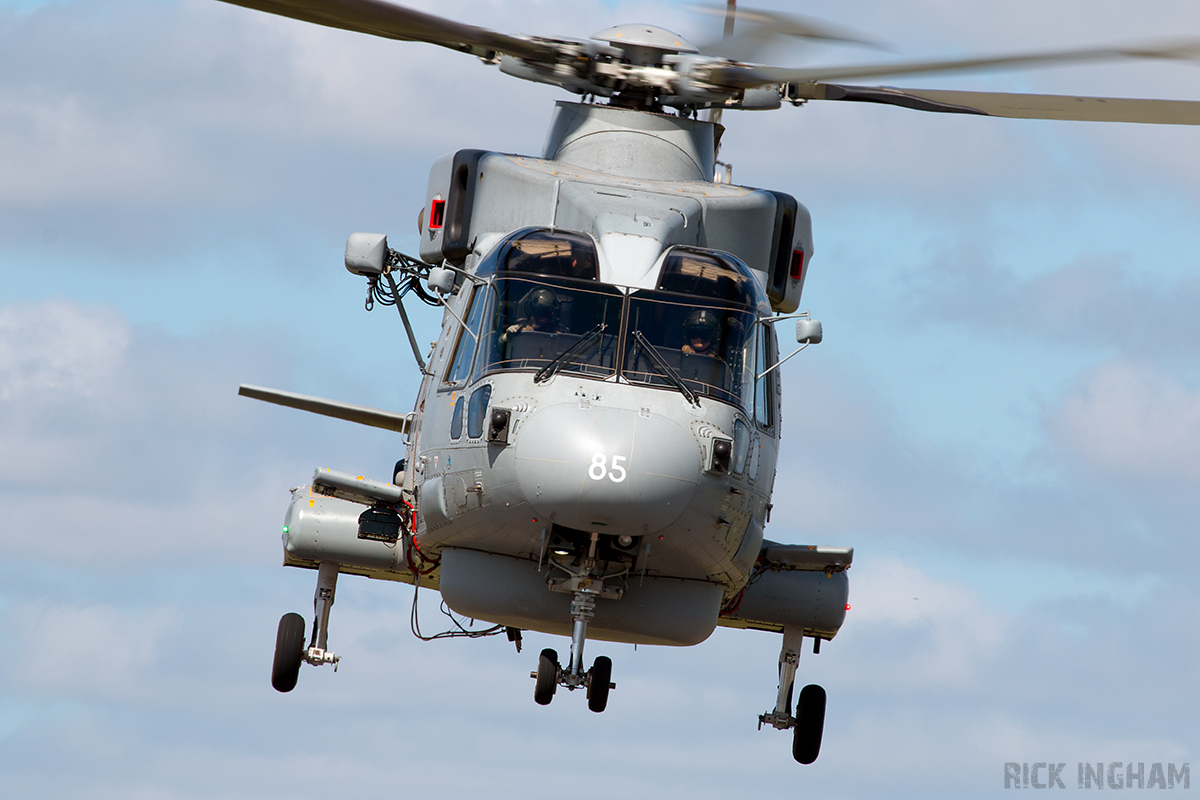 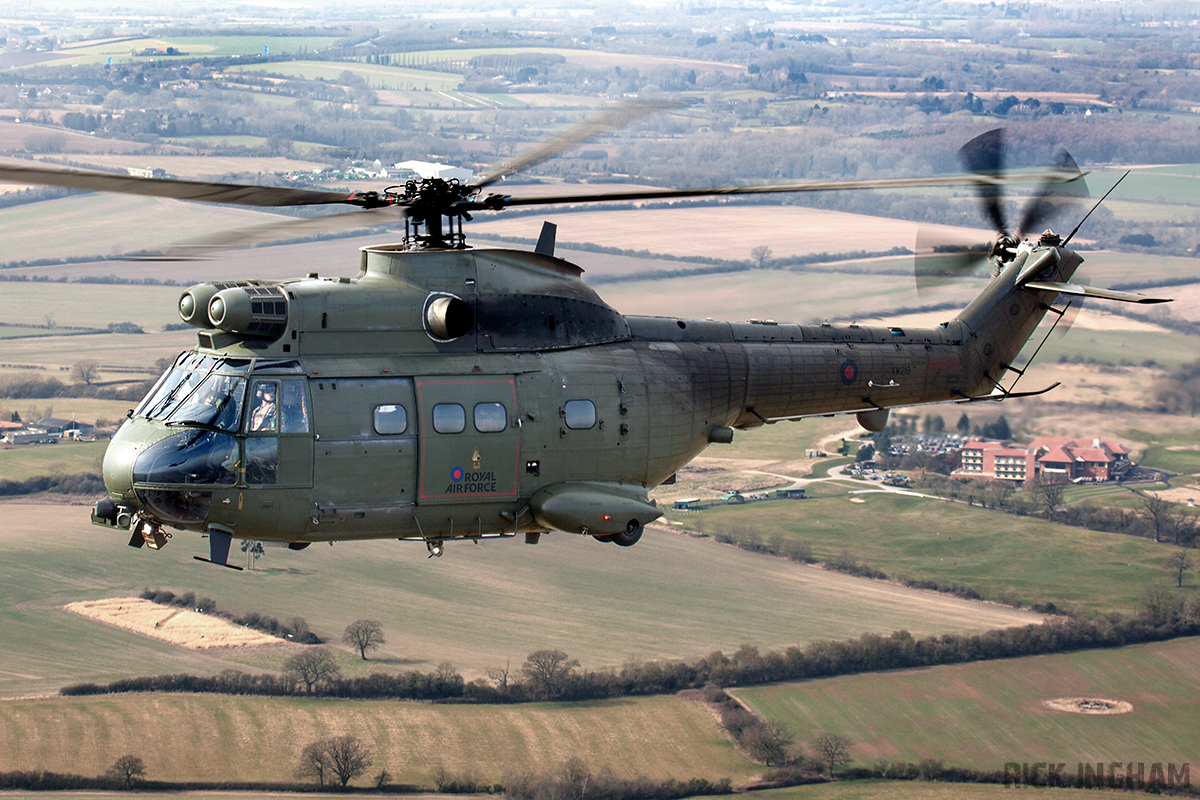 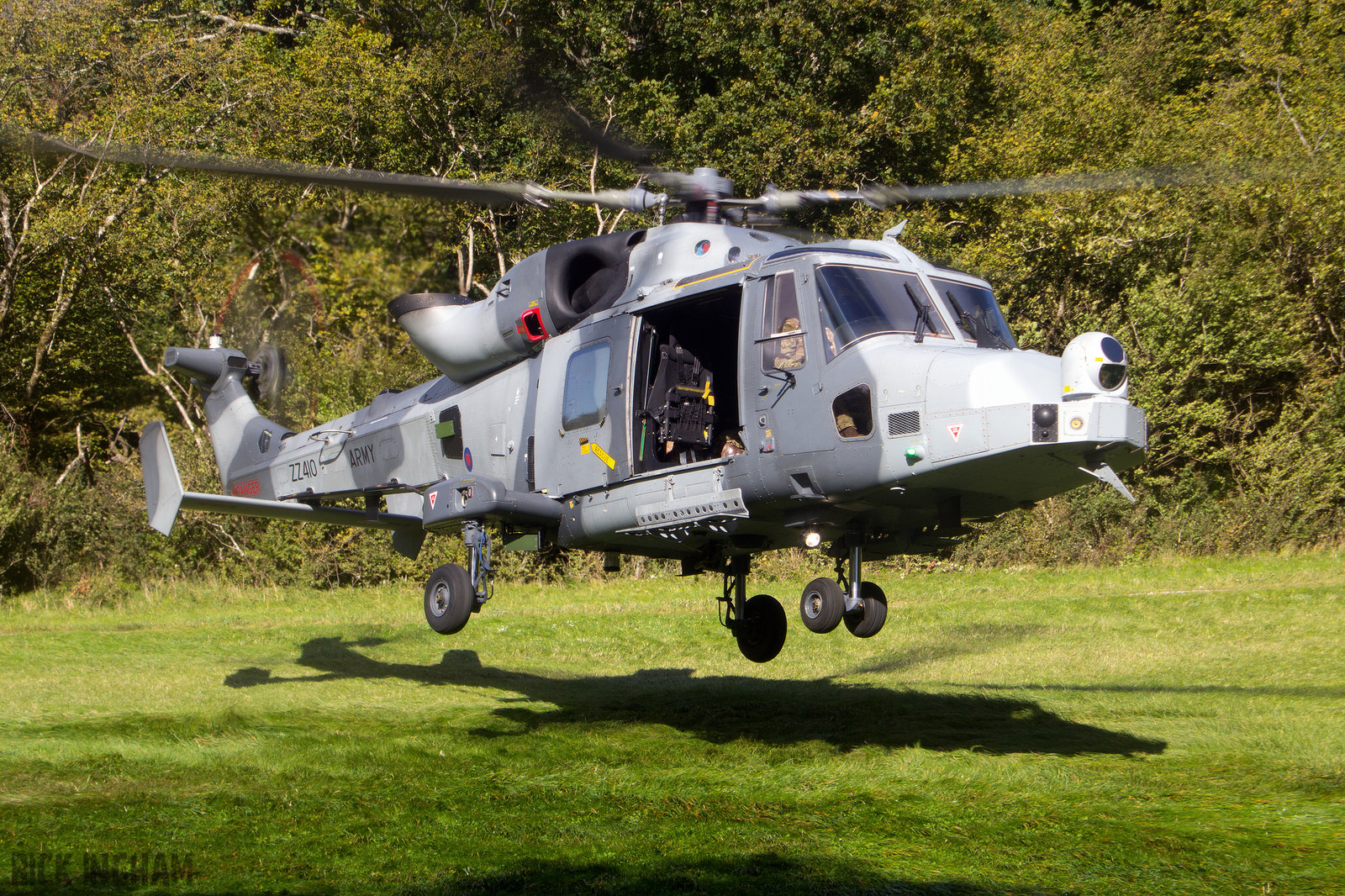 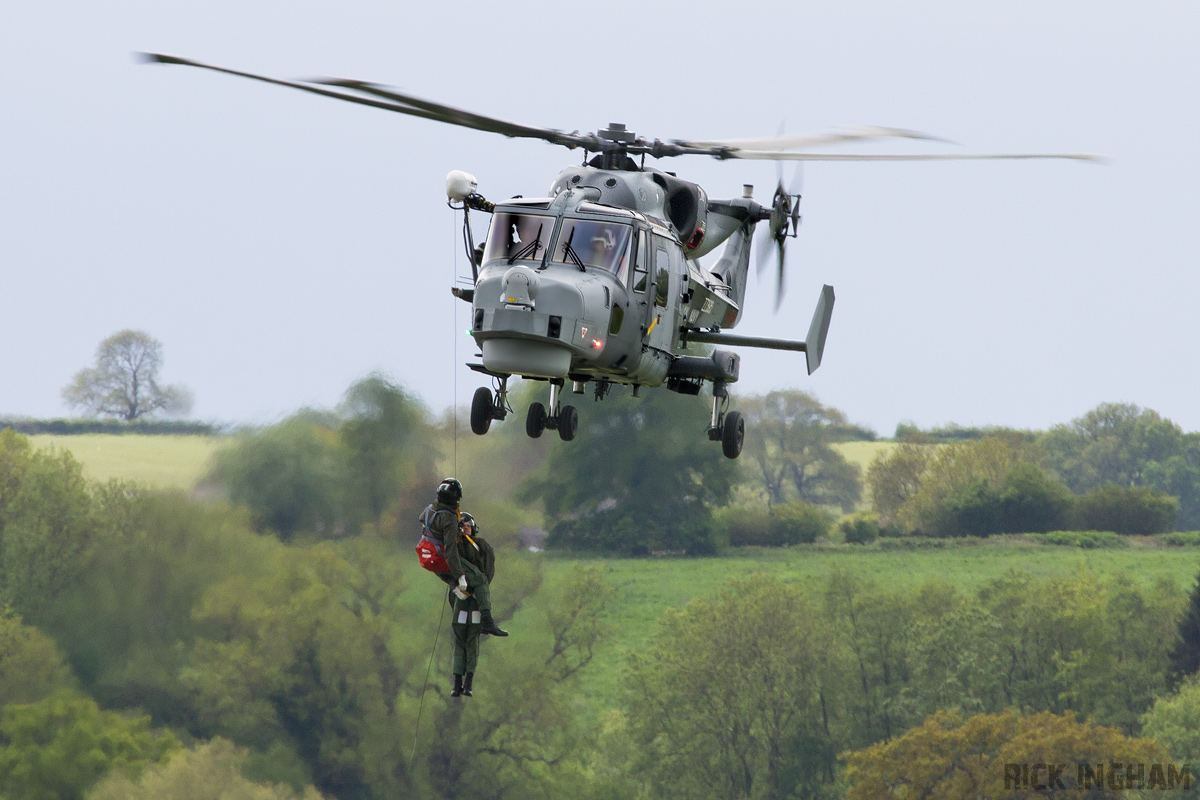