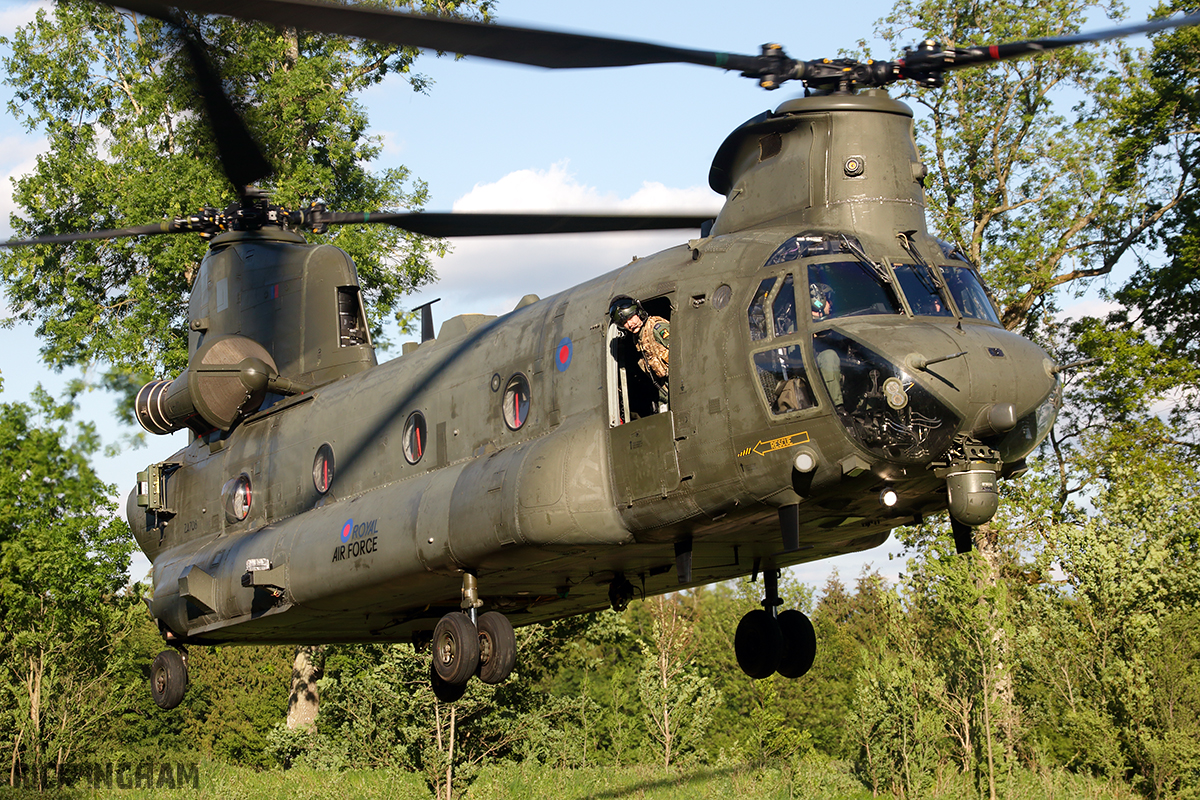 The Royal Air Force’s Boeing Chinook helicopters have been used in every conflict since they entered service in 1981 including Afghanistan, Iraq, Bosnia, Sierra Leone, Kosovo, the Gulf War and the Falklands. It’s no surprise then that the fleet are starting to show signs of age.
8 Chinook HC3s were acquired to take the strain off the exhausted 34 HC2 airframes by being assigned to the Operational Conversion Flight (OCF) to cover crew conversion to type training. 6 HC2’s were also upgraded to HC2.A’s with uprated engines. 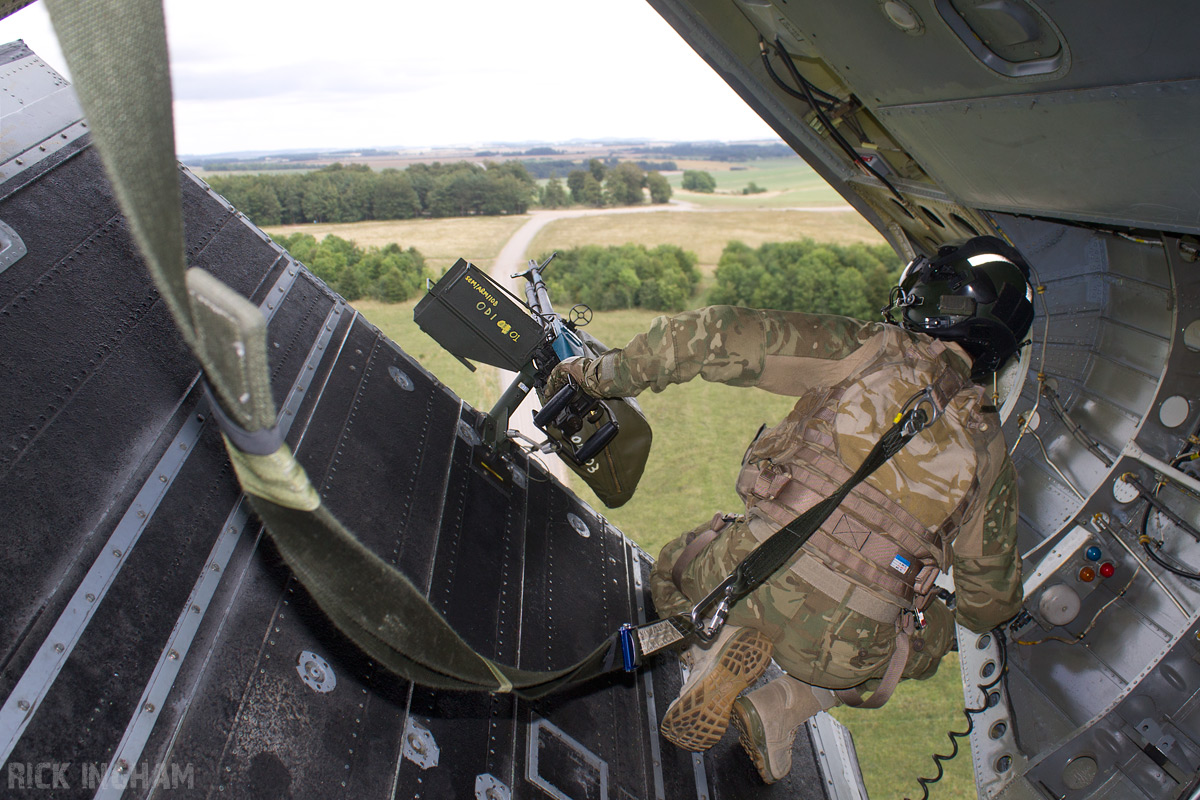 In 2006 Boeing partnered with Vector Aerospace to sign an engineering contract with the Ministry of Defence known as the Chinook Through Life Customer Support (TLCS) programme. The programme focussed on ensuring Chinooks stayed serviceable and to roll out various upgrades to aircraft.
This however was the start of a problem.  Many Chinooks had so many different modifications, crews could only fly certain Chinooks depending on mission type and crew currency. 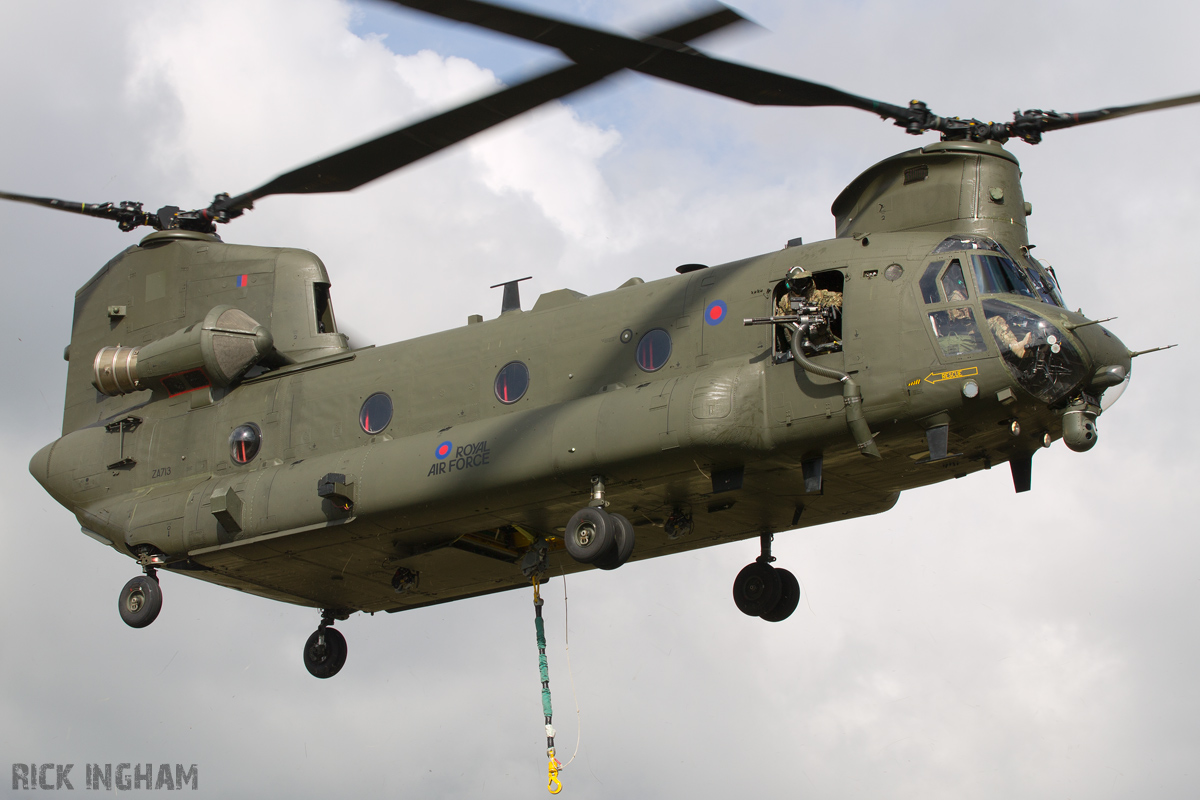 December 2008 saw Boeing sign a new contract with the MoD under the TLCS programme known as Project Julius. This programme would see all HC2 models, including the HC2A brought up to date and standardised.
“I wanted aircrews to be able to walk out to any Chinook and fly any mission” Explained Captain David Childs – Chinook Project Team Leader. “I would compare the task to changing the wheel on a car whilst it was driving at 70 mph…but we have managed to succeed.” 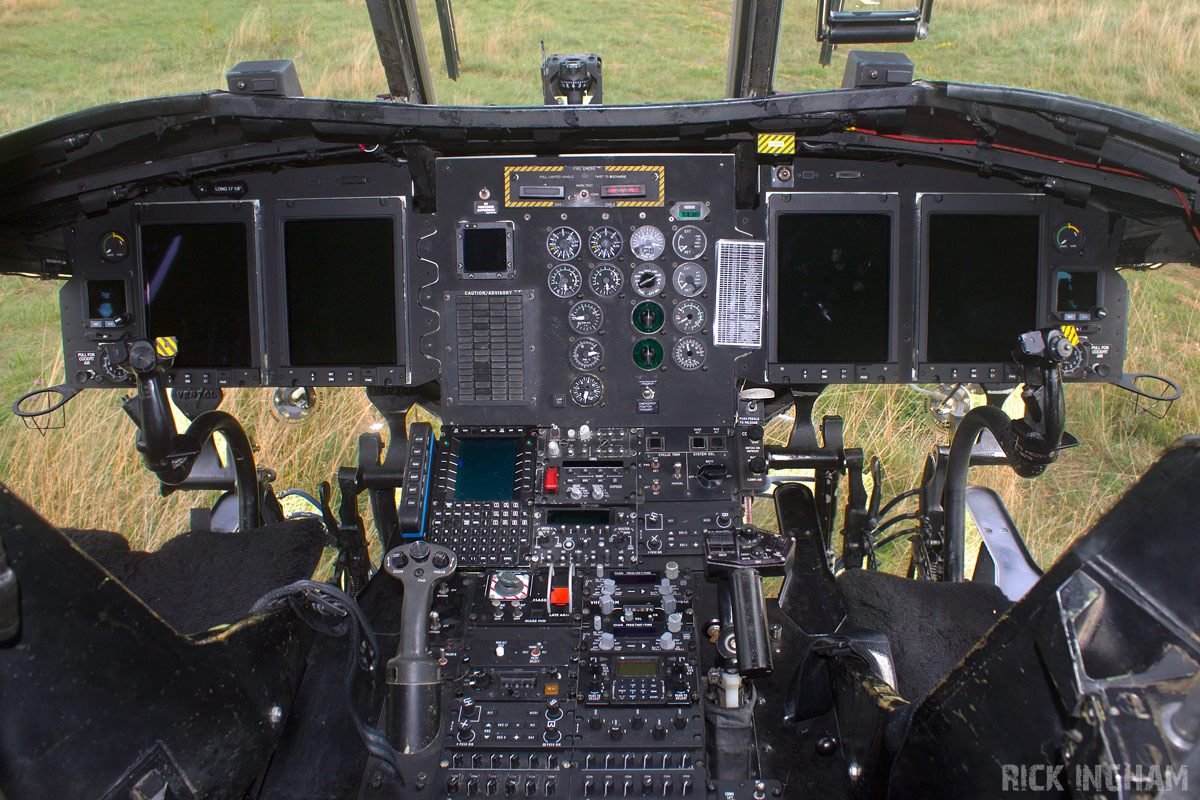 The £280 Million ($450 Million) Project has already uplifted 16 aircraft with 5 more currently at Fleetlands being upgraded. The package includes an adapted Thales TopDeck cockpit which comprises of four new multifunction displays (MFDs) and a digital moving map, plus a tablet-based electronic flight bag. The MFD’s are duplicates so each screen can display the data needed on each side of the cockpit, whether they need key flight instruments, moving maps, mission details or FLIR imagery. Also the Honeywell T55-714 engine fitted to the HC2A is to be rolled out on all Mk4 models giving the aircraft more power and performance.
In the back the forward Crewman now has a moveable and fully crashworthy seat and a crewman’s station which enables them to take care of mission related information to ease the work load off the handling pilot and captain. 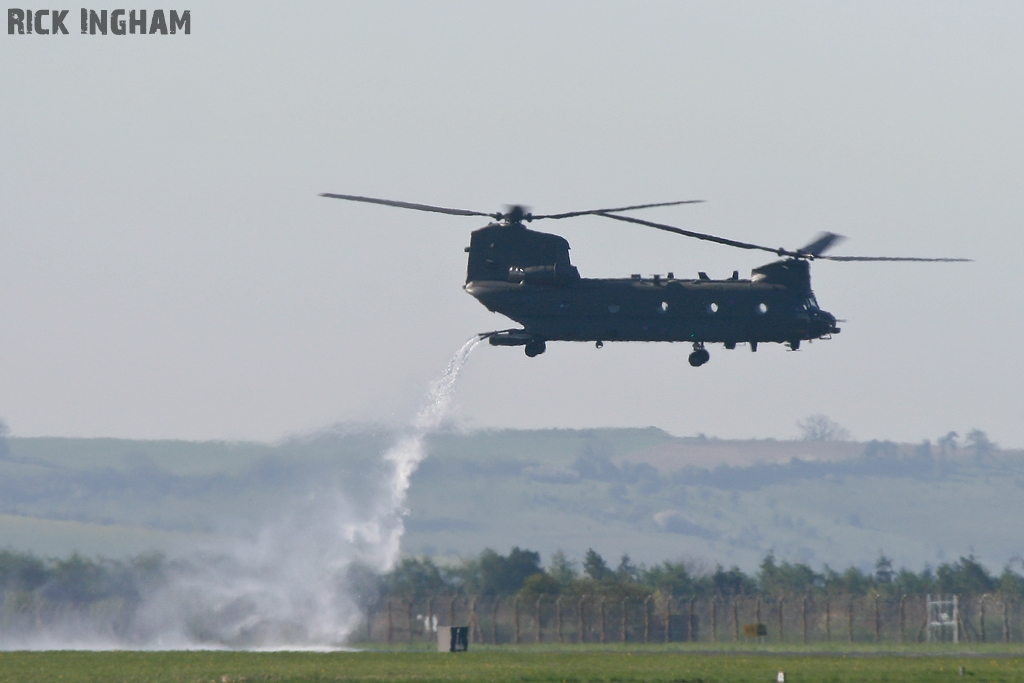 With the programme completion set for 2016, Boeing has had to integrate the time consuming 122 day upgrade into the standard time frame usually assigned for a maintenance service.
Whilst the aircraft themselves are being converted, so are the aircrew. Currently, the Mk4 ground school is around 4 weeks – 2 weeks less than the first set of students.
RAF Odiham Station Commander Group Captain Dom Toriati reported that crews are taking to the new cockpit like “a duck taking to water”. 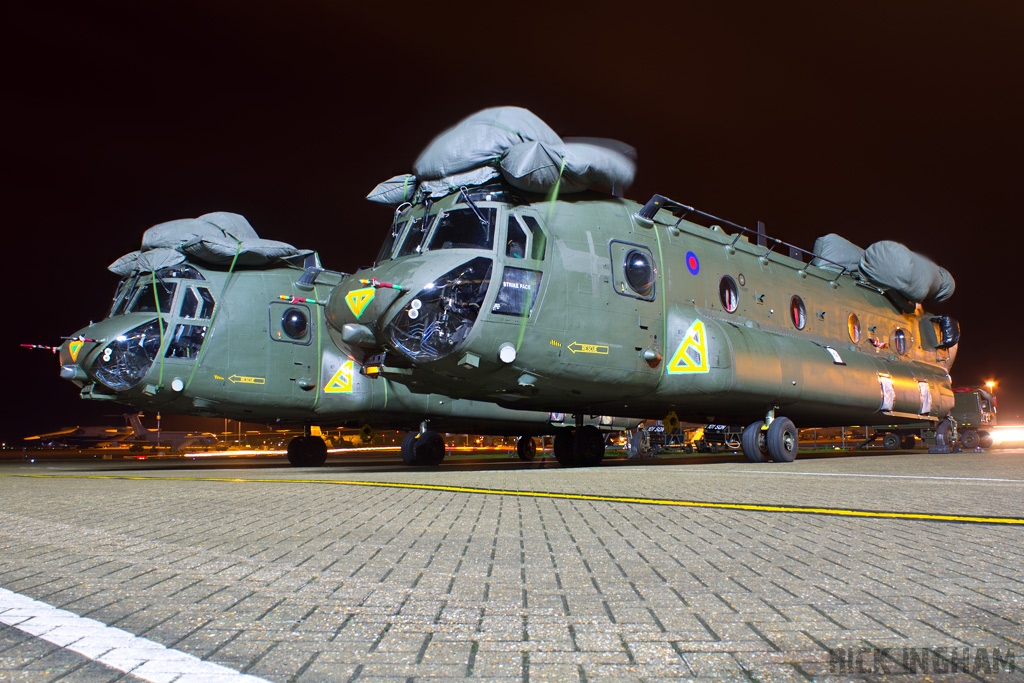 7 Squadron received their first Mk4s in July 2012. The first to be deployed in Afghanistan with 7 Squadron in December 2012 were ZD981 and ZD982 seen above at RAF Brize Norton waiting to fly out on an RAF C-17. 27 Squadron have since, also started flying the HC4.

The next stage of Project Julius will be upgrading the Mk3 Chinooks to the HC5 standard. The first will undergo conversion in January 2014, but due to it’s different mechanical structure and aerodynamics the HC5 will be subject to flight testing with QinetiQ before being released to service.
Whilst the busy programme of Julius is underway, the first new build Chinook HC6 flew on 15th March 2013 and is in the process of flight testing with the Naval Air Warfare Center Aircraft Division (NAWCAD) at NAS Patuxent River in Maryland, USA alongside RAF and QinetiQ personnel.
14 aircraft have been ordered with two of those to be used for spares costing around £1 Billion.
Flight testing was completed in a record breaking 5 months which will enable the aircraft to be delivered by the end of 2013. The aircraft will only be permitted to fly in the UK on test flights until the Military Aviation Authority (MAA) paperwork is completed.
"This is a truly impressive achievement for both Boeing and the project team," says Captain David Childs "To see the first aircraft fly less than 20 months after contract signature is a source of great pride for all those involved in this key project." 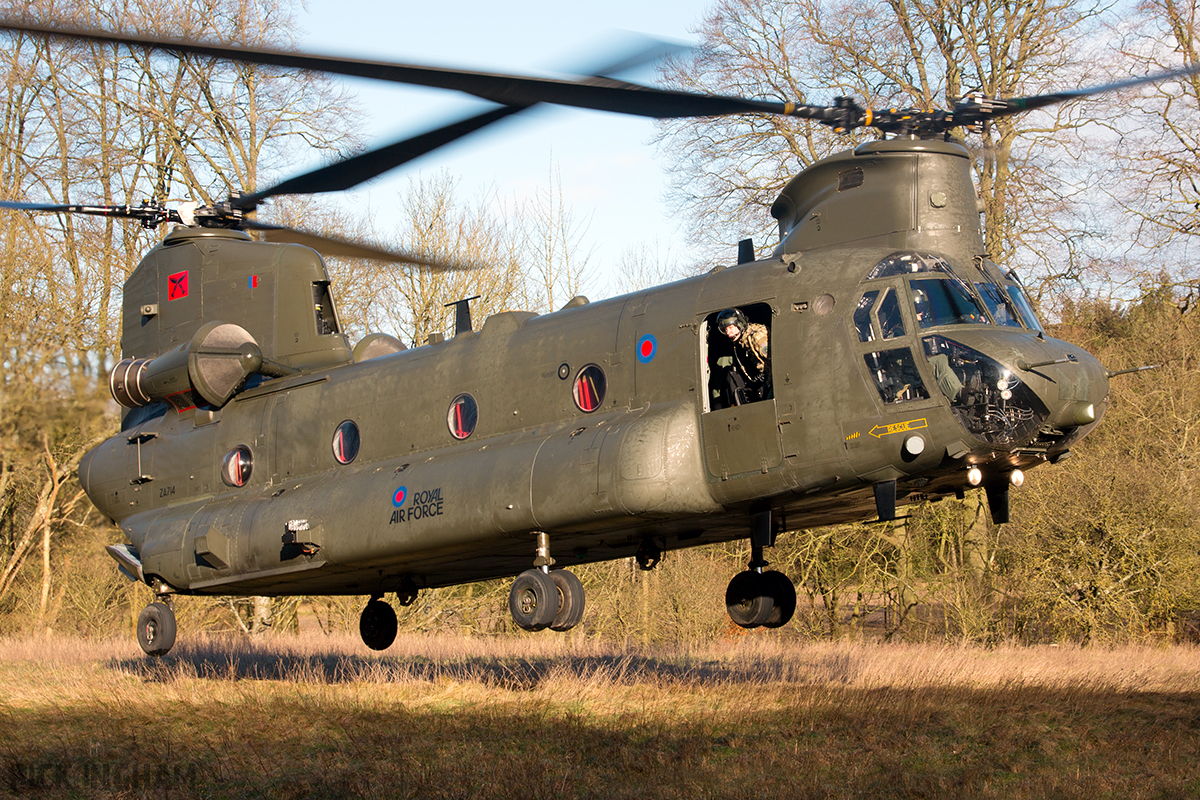 HC6 will have the Digital Automatic Flight Control System (DAFCS) that the Mk4 missed.
“This is going to give us increased control in degraded visual environments, when operating in very difficult conditions such as in the dark or with dust and snow that prevent the pilot from seeing,” said RAF Flight Leader Chris Boddy. “This gives control to the aircraft so the pilot can monitor the profiles of the aircraft flying and not be overworked.”
The HC6, based on the CH-47F model contains the COBRA fire suppression system, an external rescue hoist and a new rotor brake. The new frame structure of the MK6 allows for lower maintenance and vibration signatures for longer life. 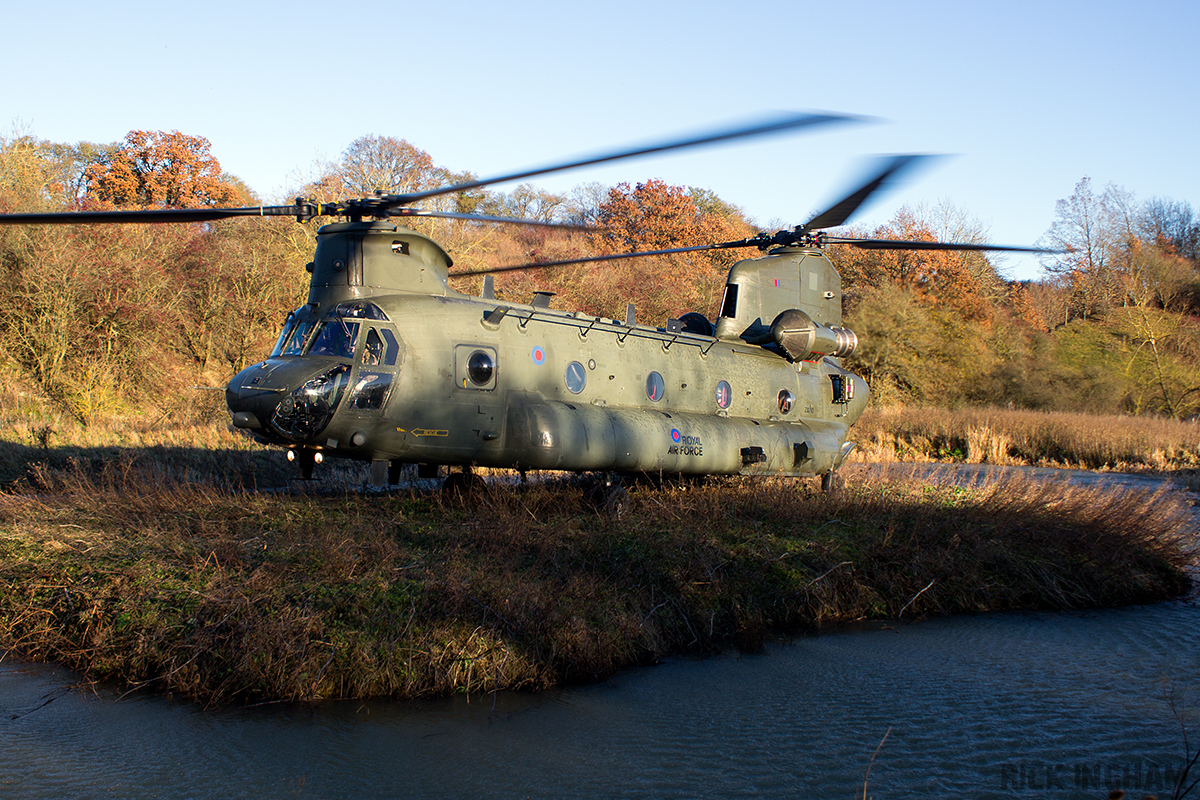 With the HC6 arriving at RAF Odiham, the airbase currently has no extra room to accommodate the growing fleet. Group Captain Dom Toriati explained to us there was two realistic options.
The first was to heavily invest in RAF Odiham but the second was to station the new aircraft at RAF Benson in Oxfordshire. Benson is home to the Medium Support Helicopter Aircrew Training Facility (MSHATF) which is made up of 6 full mission simulators and 4 computer based training classrooms. The simulators are made up of 1 Puma, 2 Merlin and 3 Chinook Simulators which can also all be linked to a Tactical Control Centre via a local area network to provide realistic operational training in a synthetic environment.
With the RAF about to transfer their Merlin HC3 helicopters to the Commando Helicopter Force (CHF), the available space will give ample room to operate a squadron of Chinooks.
Group Captain Dom Toriati also mentioned that if a new Squadron was to form for the HC6’s then they would use existing Squadron structures. It could be assumed either 78 or 28 Squadrons (Currently operating the Merlin) could be likely. 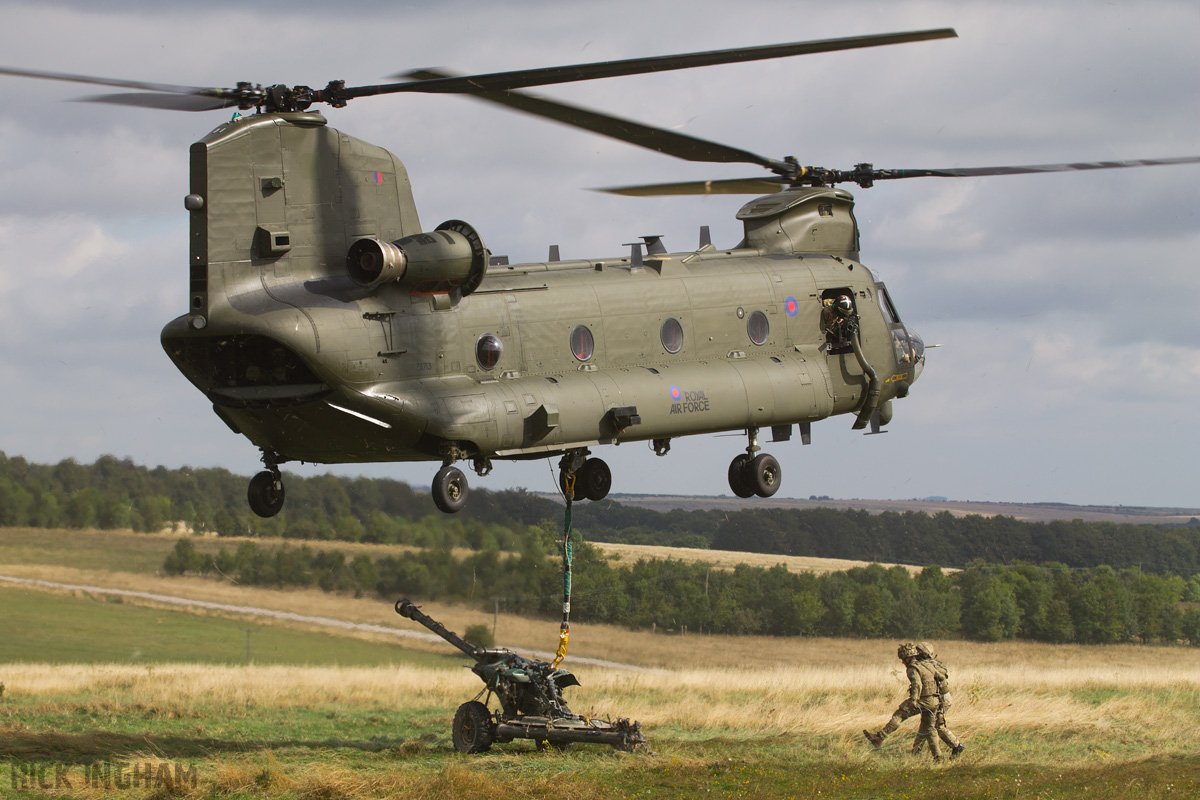